Kazakhstan in 2020: A Collective Effort to Fight COVID-19

By Aidana Yergaliyeva in Nation on 30 December 2020

NUR-SULTAN – At the end of 2020, Kazakhstan’s epidemiological situation has become less stable along with many countries similarly affected worldwide in the run up to the New Year holidays. Yet the common effort of the government, citizens, and international cooperation helped to hold the situation under control. 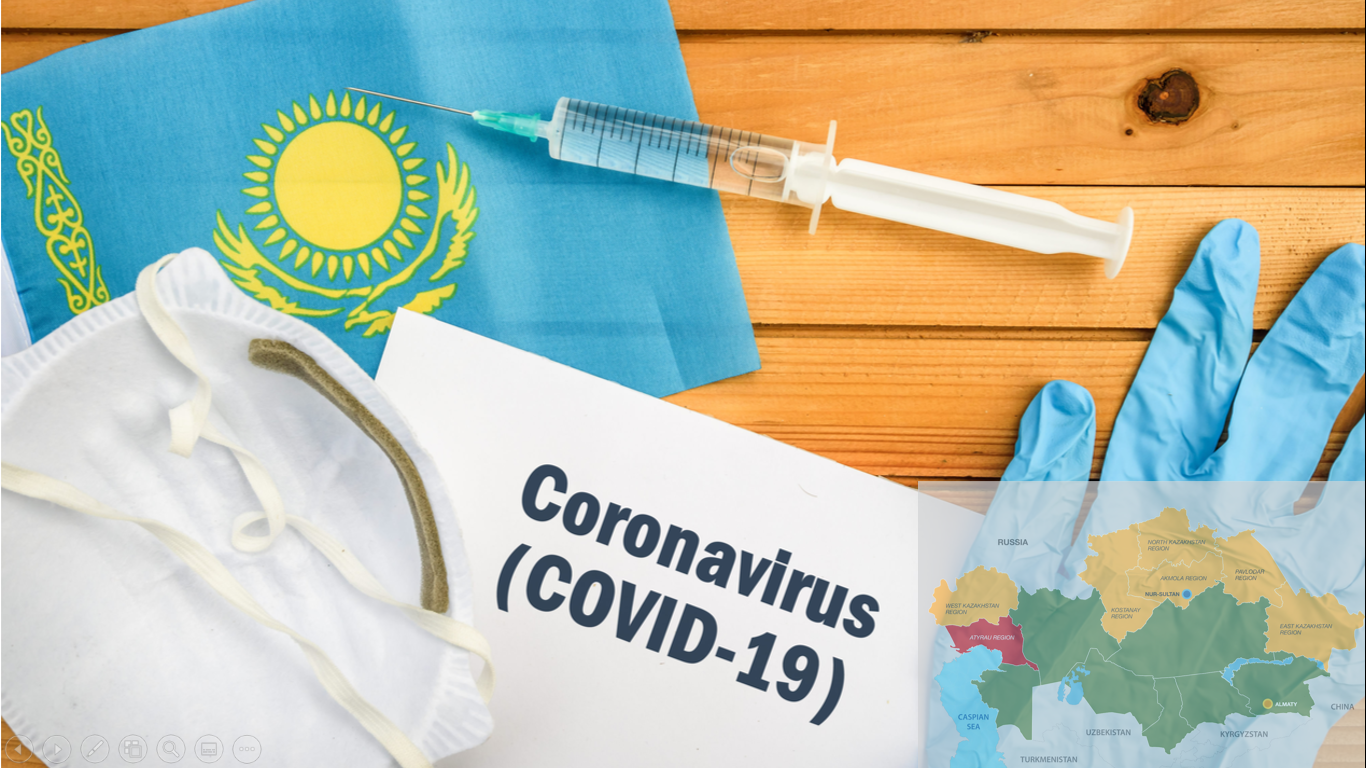 Click to View the Map on risk zones in Kazakhstan as of Dec. 30. Photo credit: gov.kz.

As of Dec. 28, Kazakhstan confirmed 152,460 cases of coronavirus infection and 2,259 deaths, and 45,442 cases of coronavirus pneumonia with 490 deaths. Despite the high level of uncertainty of what awaits the globe in 2021, the Eurasian Development Bank predicted Kazakhstan to be among the first to recover its economy in 2021. Kazakhstan also ranked 53rd in the healthcare index ranking and led among post-soviet countries according to mid-year results.

According to the German Statista database, Kazakhstan has 141.4 deaths per million population as of Dec. 16. This is significantly lower than in more densely populated and developed countries such as the U.S. – 921.31, Germany – 283.21, and Russia – 328.38. In Kazakhstan’s brotherly nation Turkey the mortality reached 202.34 per million. Meanwhile, China – 3.4 and South Korea – 11.84 are among the countries with the lowest mortality per million.

Kazakhstan announced the state of emergency and introduced a stringent lockdown for nearly two months starting in mid-March. The country faced the challenge to prevent the spread of the COVID-19 and sustain the economy. The harm was mitigated and managed with a common effort of Kazakh citizens, international support. In addition to this, Kazakhstan is among the countries developing its own vaccine.

The Kazakh government has been juggling between introducing restrictive measures to prevent the spread of the virus and sustaining the Kazakh economy from collapsing. The stringent lockdown from mid-March to mid-May hit the economy hard.

The immediate lockdown in mid-March managed to keep the COVID-19 spread low at first. Kazakhstan had among the lowest mortality numbers of all infected countries. The WHO Regional Office for Europe praised Kazakhstan’s immediate response.

“Kazakhstan is an excellent example of the extreme measures that need to be taken to combat COVID-19. Careful surveillance of the population; Extensive testing, private data collection, proactive prevention measures, contact tracing investigations, proper treatment of patients and more money dedicated to vaccine research,” director of the WHO European director Hans Kluge said.

However, the low rate blinded many people to the dangers of the virus, which came along later with the weakening of quarantine measures. Many neglected social distancing rules which led to another lockdown in July. 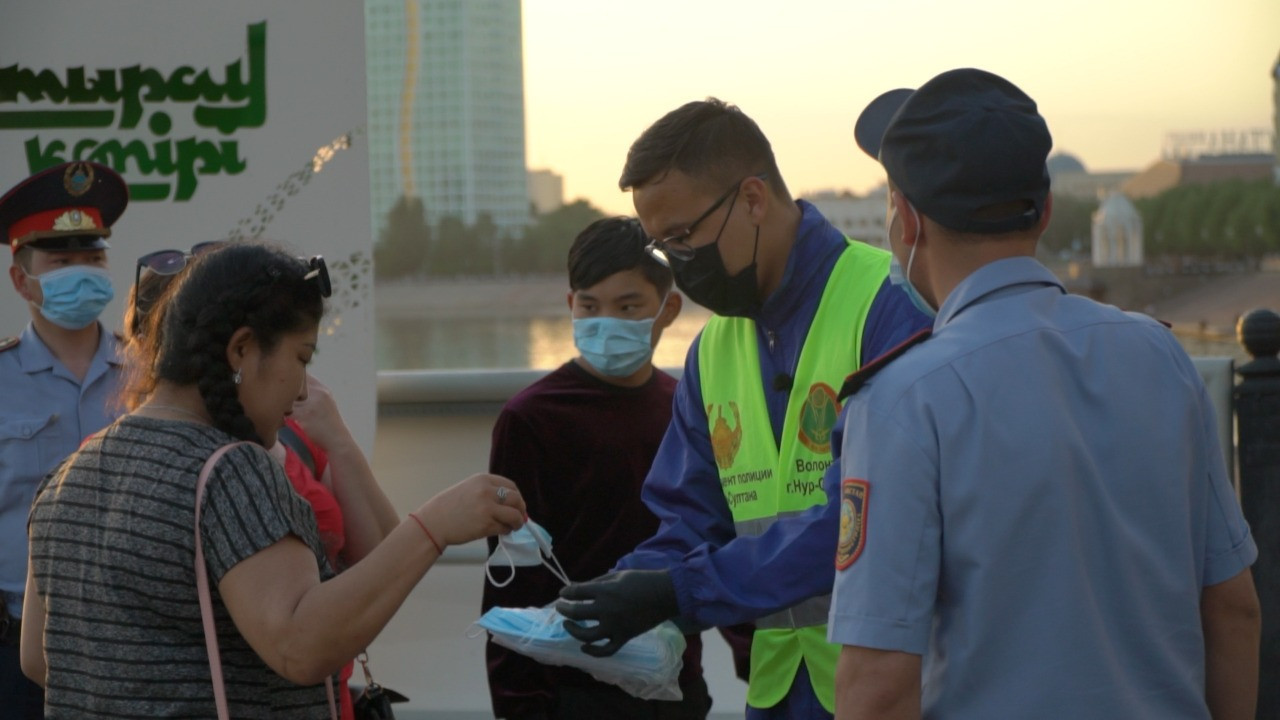 After easing of the restrictions in May, people flocked to the streets but ignoring essential rules such as wearing masks. Photo credit: astana.gov.kz.

In 2019, the government persuaded the sponsors of the firework festival to send the saved funds to aid Arys residents who suffered from an ammo depot explosion near the city. In 2020, the money was redirected to support citizens in need. The government also revised its budget and slashed money dedicated to Nur-Sultan’s cultural events and saved 28 billion tenge (US$67.2 million), which is 87.5 percent of the total optimized sum.

The government has subsidized the small- and medium-sized business (SMEs) affected by the pandemic as part of a broader and continued effort to support its economy. The state committed to providing additional support until the end of 2021.

Kazakh President Kassym-Jomart Tokayev declared July 13 as a day of national mourning for COVID-19 victims, noting that “each death has personally touched his heart.” As of July 13, the death toll counted 375 people.

Self-mobilization of Kazakhs to help each other

As COVID-19 spread across the country, Kazakhs self-mobilized to help the needy, support medical workers. Many citizen-volunteers, local businesses teamed up to organize meals for medical workers locked in hospitals for months dreaming of seeing their families.

The volunteers organized online charity concerts to raise money. Even the Kazakhs living abroad could not stand idly. Famous Kazakh  cellist Sandi Tokanova, for example, gave performances to raise money in Switzerland to support volunteer movements and families in need.

Many people did what they could. Some citizens supported medical workers through art and exhibitions as a sign of public gratitude. The Kazakh artists, for example, volunteered to create several murals expressing their feelings of gratitude to pandemic frontline workers in Nur-Sultan and Almaty. The city akimats (administrations) eagerly supported the initiatives and helped with the procurement of equipment.

Many countries tried to help themselves and their neighbors to combat the virus. Kazakhstan sent humanitarian aid to Kyrgyzstan, Tajikistan, Uzbekistan, and Afghanistan once the first cases of COVID-19 infected people appeared in the spring. The aid from Kazakhstan included thousands of tons of food baskets, as well as domestically produced mechanical ventilators. 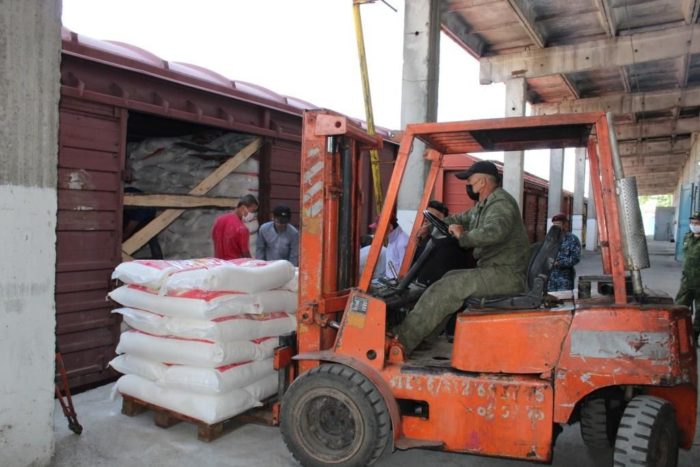 In addition to that, Kazakhstan sent a group of military doctors who departed Aug. 8 to Lebanon from Aktau to provide medical aid to victims who suffered from a devastating blast in Beirut that killed at least 154 people and injured more than 5,000 others. In more than two weeks they provided medical care to 635 patients, including 73 who required surgeries.

Such special military medical teams were created in April during a state of emergency in Kazakhstan. They aimed at promptly responding and implementing the special tasks of the armed forces. They have been on duty in the country’s regions and have now been redeployed in Beirut.

Later in July, Russia, sent a group of 32 medical workers on a special flight to consult and assist their Kazakh colleagues.

Instead of waiting for a foreign vaccine, the Kazakh Research Institute of Biological Safety Problems (RIBSP) has started developing QazCovidIn, a domestic vaccine against COVID-19. The institute announced preclinical trials in May. The developers created it based on a virus strain isolated from patients in Kazakhstan and tested it on themselves on July 27. 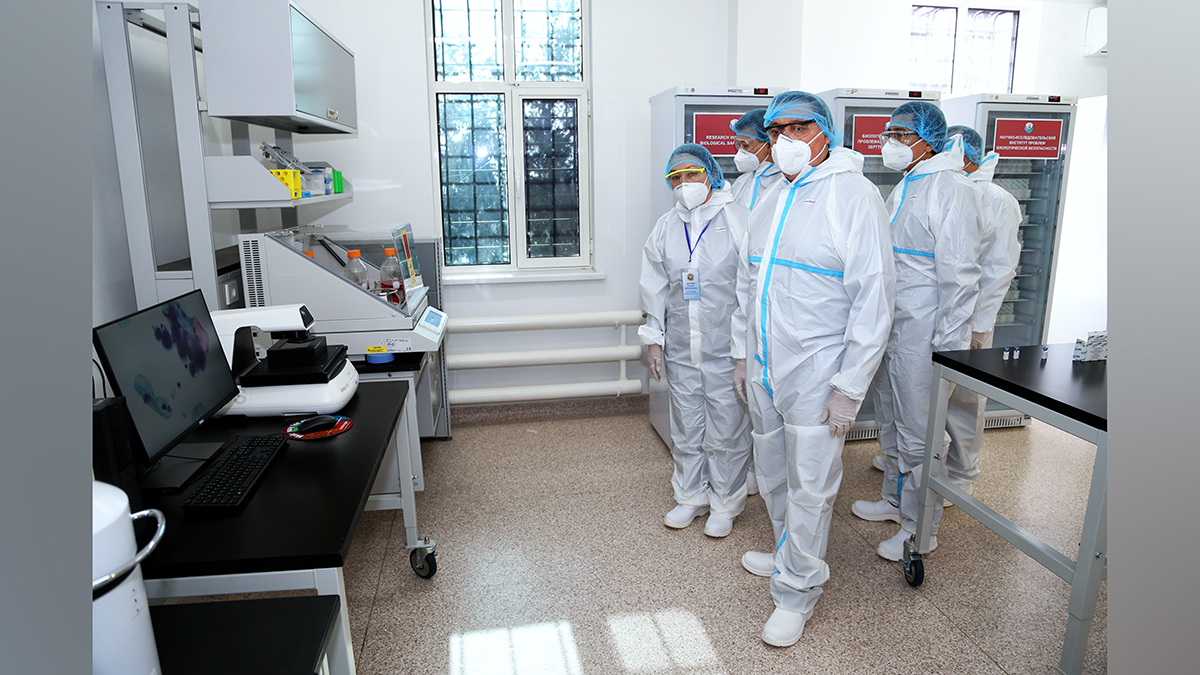 The institute first conducted human trials in September on 44 volunteers. The research center received 688 applications from citizens from all regions of Kazakhstan in just a few days after the Sept. 1 announcement.

The third phase or vaccination of 3,000 volunteers started on Dec. 19. The RIBSP should complete the vaccination trials by the end of December. The Kazakh Healthcare Ministry approved QazCovid-in in the third phase of development after it demonstrated high safety, immunogenicity, and efficacy in preliminary research results.

The mass vaccinations with QazCovid-in will begin in March 2021. The priority will be given to medical workers, teachers, as well as representatives of risk groups with chronic diseases on a voluntary basis.

Kazakhstan lurched out of a low-risk zone Dec. 25 to a moderate-risk zone – from green to yellow. As of Dec. 30, only the Atyrau Region is in the red zone. In the yellow zone, there are Nur-Sultan, Almaty, North Kazakhstan, Akmola, Kostanai, Pavlodar, and West Kazakhstan regions. All other regions are still in the green zone.

The Kazakh government recently eased some quarantine restrictions in the Kazakh capital to prevent queues at supermarkets and restaurants a week before the New Year holidays.

Although the situation remains uncertain, Kazakhstan has a beam of hope as QazCovidIn and other vaccines will soon be available for mass vaccination. Some Kazakh officials have offered to get publicly vaccinated and, thus, encourage the rest of the population which may still be hesitating to get vaccinated at the moment.