By Zhanna Shayakhmetova in Nation on 1 May 2020

Kazakhstan has a total of 3,402 confirmed coronavirus cases as of April 30 with 25 deaths and 866 recovered cases. 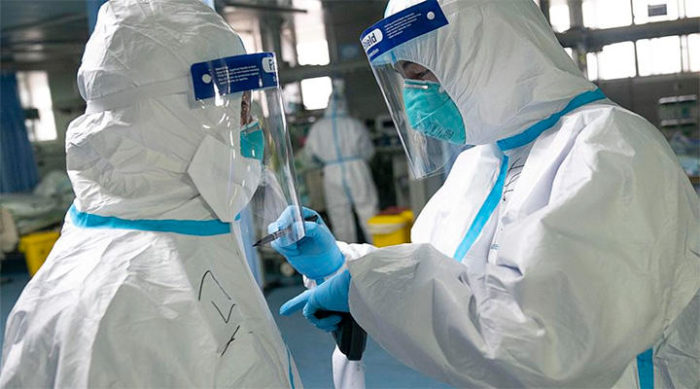 The government immediately took preventive measures against the spread of coronavirus from March 13 after the World Health Organization (WHO) declared the pandemic.

Kazakhstan announced its first confirmed coronavirus cases on March 13. The list of patients included a man and a woman that arrived in Almaty from Germany on March 9 and 12 – the wife of a coronavirus-infected passenger who arrived March 9 in Almaty from Berlin and a woman who arrived in Nur Sultan from Italy. The Kazakh Foreign Ministry also confirmed that a Kazakh citizen who was living in Germany had also been infected.

Kazakh President Kassym-Jomart Tokayev announced a state of emergency March 16. The quarantine was extended through May 11.

Mass gatherings were banned across the country to prevent the spread of the virus. Restrictions on entry and exit quickly followed. A lockdown was mandated in all regions. Large non-essential retail outlets were closed.

Some 14 new cases of coronavirus were reported in the capital April 17 before the total number of cases reached 27 people.

The government introduced a lockdown regime to prevent the further spread of viral infection in the capital and Almaty from March 22 onwards. The entry and exit of cars and the movement of people was severely curtailed. Checkpoints were installed on entry roads. Air and railway transit with Nur-Sultan and Almaty were cancelled.

Almaty authorities started to set up roadblocks at 11 key checkpoints in the city to prevent further spread while residents already infected were kept in mandatory home quarantine for 15 days. It was forbidden to leave the house or receive any guests.

Special sanitary checkpoints were set up to check for Corona symptoms along the regional borders on March 19. 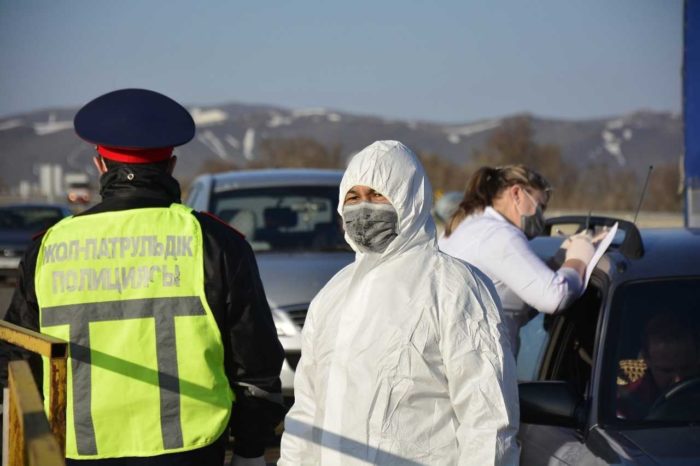 The national airline Air Astana announced plans to restrict flights to and from Kazakhstan from March 16 until April 15. All Kazakhs abroad were able to return to Kazakhstan before these restrictions were put into place.

The National Chamber of Entrepreneurs of Atameken organized an operational headquarters to support entrepreneurs whose operations suffered losses due to the virus shutdown and the state of emergency.

The Civil Aviation Committee reported that 615 scheduled passenger flights from all Kazakh airlines between the capital and Almaty were suspended due to the state of emergency from March 22. Airlines were ordered to issue ticket refunds immediately.

The first two cases of coronavirus were identified in Karaganda followed by three more in Almaty on March 20.

The main page of Covid19live.kz page. Kazakhstan has 3,402 confirmed coronavirus cases with 25 deaths and 866 recovered cases as of April 30.

The Ministry of the Interior Affairs reported on March 23 that they were following up on 26 criminal cases related to the dissemination of fake news about the Covid-19 virus.

“Fake news can arouse unjustified panic and fear among the population,” read the release. Messages were identified during the monitoring of social networks and messengers.

“It is necessary to tighten penalties for violating the state of emergency and the quarantine,” said President Tokayev at the March 23 meeting of the State Commission.

All persons arriving from abroad including those from the Eurasian Economic Union’s (EAEU) are subject to a 14-day quarantine on arrival.

The President proposed a ban on the calculation of fines and penalties for the period of the state of emergency. A measure to suspend debt repayment for individuals was also proposed. President Tokaev also instructed his government to allocate monthly payments of 42,500 tenge (US$99) to people who lost their income due to the state of emergency. More than 1.6 million workers in trade, tourism and public catering are considered in the high-risk zone.

The President instructed the state commission and national Chamber of Entrepreneurs to work out a set of measures to support workers – especially those working in small and medium-sized businesses. Free food deliveries are expected to be delivered to large families, people with disabilities, and other socially vulnerable groups. The total package of anti-crisis measures, excluding tax preferences and support at the local level, will amount to 4.4 trillion tenge (US$10 billion).

The Minister of Information and Public Development Dauren Abayev reported that two persons had recovered from infection in Nur-Sultan and Almaty at a March 26 briefing. The first death from coronavirus was also registered on this day in Nur-Sultan. The 64-year-old woman who had died of the coronavirus infection had recently visited Almaty and the Shu region. A total of 109 coronavirus cases were confirmed in the country including new cases in Shymkent, the Aktobe, Zhambyl and North Kazakhstan regions.

A new hospital was built in Nur-Sultan and Almaty to treat coronavirus patients in mid-April.

By April 23, the country registered a record growth with 154 new cases bringing the total number of cases to 2,289. In his address to the nation on April 27, President Tokayev said that although a pandemic was not growing exponentially “our common task is to prevent a worst-case scenario in Kazakhstan.” A plan to begin easing and lifting the quarantine in some parts of the country was announced.

Chief sanitary doctor Yessmagambetova said on April 29 that the daily increase of cases had declined to 5.5 percent.

“We are seeing a decrease of new cases from 8 to 5.5 percent. The rate fell 2.5 percent over the week,” said Yessmagambetova during an online conference. However, the situation remains unstable in some regions with the increase rate varying from 0 to 40 percent in some places.