In Kazakhstan, discussion on a working draft for a new regulatory act concerning mandatory vaccinations has ended. After a short debate, a document was signed saying that vaccinations against tuberculosis, poliomyelitis, viral hepatitis B, viral hepatitis A, pertussis, tetanus, diphtheria, hemophilic infection type b, pneumococcal infection, measles, rubella, mumps and cervical cancer will now become mandatory in Kazakhstan. 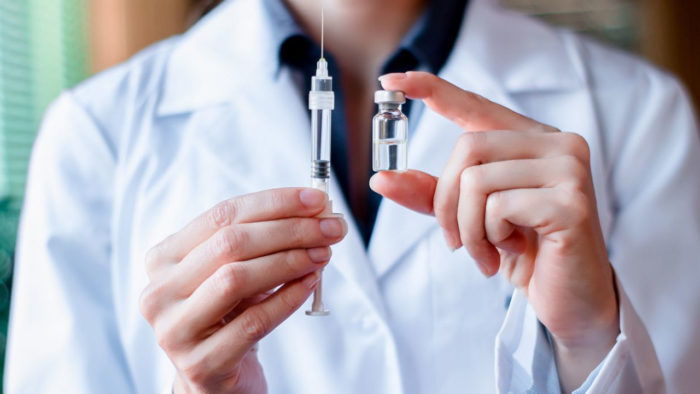 The document caused an avalanche of backlash in the form of comments on social networks. Some self-styled “experts” saw this as an attack on their rights of citizens and on basic human rights generally. Many began bringing up the threats and risks that vaccinations pose to people’s health in a transparent attempt to push fake news and distrust of the medical industry.

This ingratitude is particularly apparent when one considers that the world’s best medical centers are working around the clock to create a vaccine against coronavirus. Corona-deniers refuse to understand that they must be vaccinated no matter the cost because the consequences of NOT being vaccinated are too great to risk.

Here is what head of the Department of Pediatric Infections of the Astana Medical University, Doctor of Medical Sciences, Professor Dinagul Baesheva says: “The entire world community is pushing a plan to vaccinate all the children in the world, not just Kazakhstan. Vaccines are not created for any particular country: “They can’t just make 17 million bad vaccines for Kazakhstan, and 200 million good ones for America.” This is absurd! Regular people do not have enough information to be allowed to make decisions: the production of vaccines is a complicated and expensive process, large pharmaceutical companies produce billions of vaccines for the whole world, that are then certified. Are these manufacturers really so stupid and short-sighted that they would risk investing a lot of money in something that someone could have the power to refuse or sue them for? That wouldn’t make any sense!”

In recent history, refusal of vaccinations has always come with unfortunate consequences. Vaccination campaigns appeared in the second half of the 19th century, immediately after the development of the smallpox vaccine. “Anti-vaccination” protests swept Stockholm in 1870-73, thanks to them the number of vaccinated residents of the Swedish capital was 40 percent compared with 90 percent of all other citizens of the country.

As a result, in 1873, a large-scale epidemic began in the capital. One of the more recent examples is the diphtheria outbreak in the post-Soviet countries in the 1990s. The diphtheria vaccination program reduced this disease in the Soviet Union to isolated cases (52 cases in 1975), but by the mid-1980s, the incidence began to grow again.

In 1986, the USSR Ministry of Health decided to revaccinate adults, but for economic and bureaucratic reasons, the program was only partially implemented, and the USSR did not follow through. As a result, by the middle of the first post-Soviet decade, a diphtheria epidemic broke out in the states of the former USSR, affecting more than 150,000 people, of whom about 5,000 lost their lives.

The Head of the Department of Epidemiology and Evidence-Based Medicine at Sechenov University, the chief epidemiologist of the Ministry of Health of Russia Nikolay Briko made a statement on the importance of mandatory vaccinations: “Each vaccine is accompanied by instructions for use, which clearly indicate all warnings about its use. Modern vaccines are safe drugs, they have an extremely limited number of contraindications. And, as a rule, they are temporary. People who have had acute illnesses still benefit from immunization two–four weeks after recovery…”

Kazakhstan is well aware of the threat that pandemics pose, so the entire healthcare system has been prepared to combat massive widespread plague outbreaks.

It is no coincidence that the Director of the WHO Regional Office for Europe, Hans Kluge, noted today: “Kazakhstan is an excellent example of the extreme measures that need to be taken in to combat COVID-19. Careful surveillance of the population; Extensive testing, private data collection, proactive prevention measures, contact tracing investigations, proper treatment of patients and more money dedicated to vaccine research.”