By Zhanna Shayakhmetova in Nation on 8 September 2020 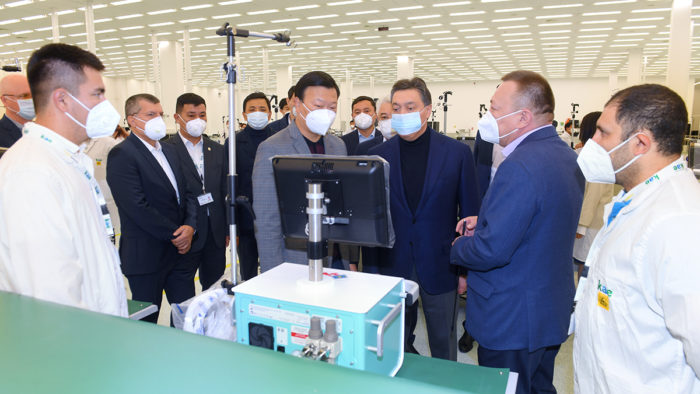 Mechanical ventilation is used to assist or replace spontaneous breathing. A machine is used for prolonged ventilation of the lungs of adults and children in intensive care medicines and emergency units.

Some 1,500 ventilators will be delivered to hospitals nationwide in September-October.

“The device meets the requirements of the Kazakh Ministry of Health Care. It underwent testing at the Multidisciplinary Infection Center in Nur-Sultan and received a positive expert opinion,” says the release.

Currently, the localization level of ventilators has reached 30 percent and it is set to increase by 50 percent and more.

Due to its modern technological equipment and highly skilled engineering and technical personnel, the company has begun the production of ventilators during the pandemic outbreak.

The company will also provide training for medical workers in hospitals and technical support around the clock. The company provides a three-year warranty period.

This was prompted by Kazakh President Kassym-Jomart Tokayev putting forward the task to strengthen the production of medicines and medical devices to reduce dependency on imported products at a July 10 extended government meeting.