NUR-SULTAN – The Kazakh government will subsidize businesses affected by the pandemic as part of a broader and continued effort to support its economy, said Kazakh President Kassym-Jomart Tokayev. 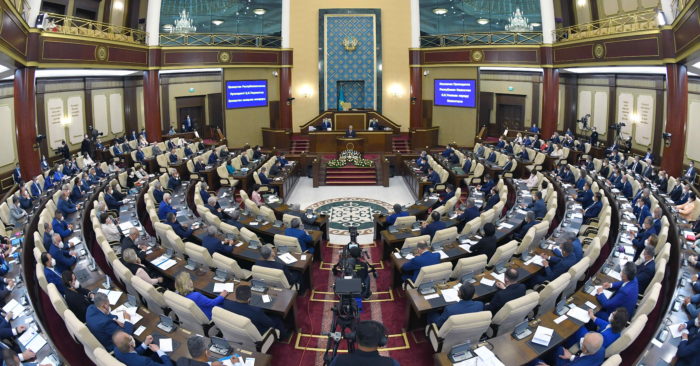 The subsidies will be provided to small and medium-sized enterprises with interest rates of up to six percent per annum for 12 months starting March 16, when Kazakhstan declared the state of emergency and closed nonessential businesses.

“Small and medium businesses are going through difficult times. In fact, they are taking the brunt of the pandemic. To overcome the negative economic consequences, tax breaks were provided to more than 700,000 entrepreneurs, payments have been deferred, and an opportunity has been given to refinance loans on favorable terms. However, the situation is still difficult,” said Tokayev in his state-of-the-nation address.

Kazakhstan has nearly 1.6 million small and medium-sized businesses. Their share in the gross domestic product grew from 24.9 percent in 2015 to 30.8 percent in 2019, while the nation set a goal to bring the figure to 35 percent by 2025 and 50 percent by 2050 to include nearly four million people.

In doing so, Tokayev instructed the National Bank to extend its program that offers businesses an opportunity to replenish their working capital until the end of 2021. It was initially supposed to end this year.

“I also instructed the government to suspend the charging of rent for SMEs for real estate objects owned by government agencies and the quasi-public sector until the end of the year ,” he said.

To help businesses maintain employment and some form of income is what Tokayev has described as an “absolute priority,” for his government. The government will cancel deductions from wages to extra-budgetary funds through the end of this year.

Reforms in the Regulatory Framework

Tokayev also initiated reforms in the existing regulatory framework, which he deemed “cumbersome, even punitive.”

“I repeat: any illegal interference of state structures in entrepreneurial activity, obstruction of the work of businessmen should be perceived as the gravest crime against the state. In case of illegal pressure put on businesses by officials, businesses should not hesitate to contact the prosecutor’s offices,” said Tokayev.

“Supporting entrepreneurship also means paying special attention to medium-sized businesses, which contain the key components of market success. Such companies should be focused not only on the domestic but also on foreign markets. Export support should be strengthened,” he said.

He instructed the government to develop a new regulatory framework for small and medium-sized businesses for next year and to also take measures to boost the exports of Kazakh producers.

“I instructed the government to launch an export acceleration program aimed at medium-sized non-resource enterprises in order to provide targeted support from the idea stage to the implementation of the project,” he said.

In July, the government and the National Bank adopted a joint plan aimed at maintaining employment and income levels within the population, taking urgent measures to support small and medium-sized enterprises, gear import substitution, and support macroeconomic stability.