NUR-SULTAN – Kazakh President Kassym-Jomart Tokayev addressed the nation July 9 on the nation’s fight against the pandemic and announced July 13 as the national day of mourning to honor the memory of citizens who died of coronavirus, which will be the ninth national mourning day in the history of independent Kazakhstan. 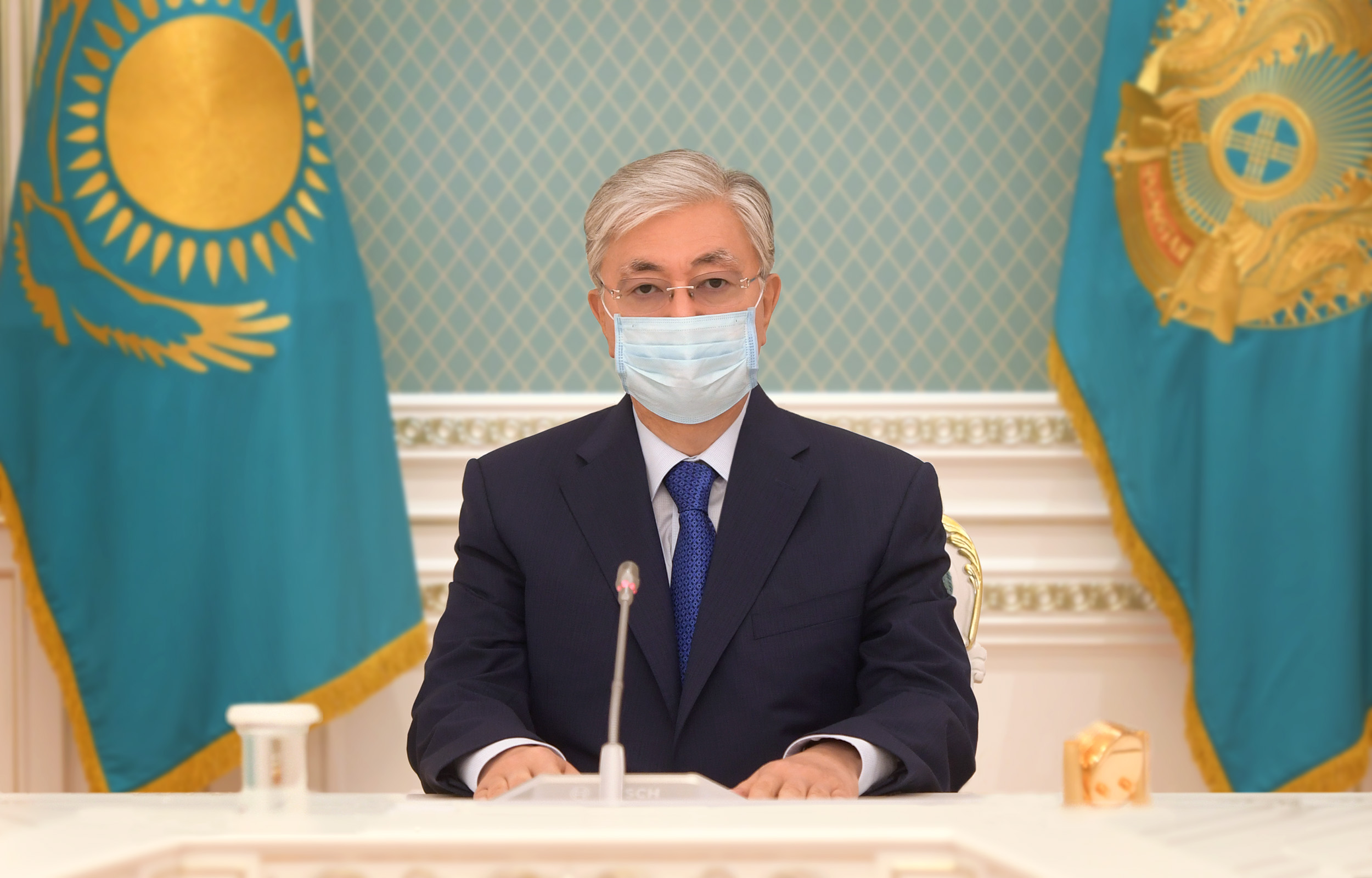 As of July 9, Kazakhstan reported 264 deaths and 53,021 cases, though after Alexey Tsoy became the new Health Care Minister replacing Yelzhan Birtanov on the post, who has been diagnosed with coronavirus, the statistics on deaths are now updated only weekly.

The nation introduced a two-week lockdown, in what Tokayev described as a “very necessary measure” to curb the rapid rise in coronavirus cases after Kazakhstan ended the state of the emergency May 11 and eventually eased lockdown restrictions.

“Unfortunately, the disease continues to take the lives of Kazakh citizens. The tragedies in hundreds of families are behind the official reports. Someone has lost a father, mother, brother, sister, son, and daughter. I express my condolences to the families and friends of those who fell victim to the pandemic. This is a tragedy for us all. That is why I decided to declare July 13 as the national day of mourning. I am sure that each of us will honor the memory of those who died (of the coronavirus infection),” said Tokayev in a televised address to the nation, reported Akorda press service.

The situation will stabilize, he said, but the two-week lockdown, which will last through July 19 and could also be tightened or prolonged, will be decisive.

Though the initial stringent measures in March helped flatten the curve, Tokayev said the nation is witnessing the second wave of the pandemic coupled with a hike in pneumonia cases due to “mass incompliance with quarantine measures, systemic mistakes of the former management of the health care ministry and the slow decision-making of city akims (mayors).”

The Kazakh health care ministry does not include pneumonia cases in the coronavirus statistics, though in many cases pneumonia is an accompanying condition to the COVID-19 infection. According to the ministry, 1,772 died of pneumonia since the beginning of the year, including 628 in June.

Tokayev acknowledged that the country’s healthcare system was not ready to face the pandemic.

“We are studying this problem and we are learning lessons from it. We would evaluate the mistakes that the city akims (mayors) made. But the state is now taking all necessary measures. Thanks to the measures and the courage of the medical workers, the number of people receiving medical treatment has increased significantly,” said Tokayev.

He assured the public that the government will not hide any information from them, but warned about fake news actively spreading online.

“We must make every effort to fight the pandemic. In such a difficult situation, there are many false rumors spreading throughout the country. There are people with bad intentions who are spreading false information. Unfortunately, some citizens have come to believe in these lies about the virus,” he said.

To provide credible information to the citizens, doctors will now appear on television to consult citizens and explain what needs to be done in a particular situation.

Due to the rapid growth in coronavirus cases, hospitals are currently near or at full capacity. The health care ministry recommends citizens with mild symptoms stay home to receive treatment.

“Primary care is being strengthened. 400 universal mobile teams are working already to provide home treatment to people. Their number will reach 3,500 by the end of July. The number of hospital beds has also increased and as instructed, the number of beds for coronavirus patients has increased by 70 percent and reached 43,000,” said Tokayev.

To tackle the shortage of polymerase chain reaction (PCR) tests that citizens faced over the past month, laboratories will be upgraded with an additional 20 PCR analyzers and eight mobile PCR test sites will be created, including in rural areas, which altogether will bring the number of PCR test number to 40,000 daily.

As the number of coronavirus infections began to soar and misinformation started to spread online, people rushed to pharmacies to buy antibiotics and antiviral medicines. Many, however, had to wait in lines, including those who are in urgent need of medicines.

This all led to a critical shortage of medicines and to address the problem, Tokayev said, the time and procedures to certify medicines had already been simplified, special public procurement for anti-epidemiological needs was extended, and the one-time import of antiviral medicines which were not registered in Kazakhstan was made easier.

“Medicines have already been purchased for hospitals to treat nearly 30,000 patients. This is 70 percent more than our current need (there are currently nearly 18,000 hospitalized patients). The necessary medicines are already being delivered to retail chains, including 800,000 packs of paracetamol and another 900,000 are expected to be delivered by the end of this week as well as 150,000 packs of antibiotics,” said Tokayev.

He asked citizens not to give in to the urge to engage in panic buying, which, according to him, only causes speculative demand to grow.

“Some dishonest individuals are trying to take advantage of a difficult situation and make a profit off of it. They create artificial panic and deliberately inflate prices for much-needed medicines,” said Tokayev, warning individuals caught engaging in such speculation will face charges.

Tokayev, who has been active on Twitter amid the pandemic, urged citizens to show perseverance, сalmness and personal responsibility, and not to give up or give in to depression and apathy.

“We are a nation that has gone through many trials and tribulations and has not succumbed to the many storms of history. I hope that today’s generation, which has followed in the footsteps of our heroic ancestors, will withstand the current difficulties. This is a test of national unity,” said Tokayev.