By Aidana Yergaliyeva in Astana on 25 December 2020

NUR-SULTAN – Nur-Sultan Chief State Sanitary Doctor Zhanna Pralieva signed a Dec. 24 decree that allowed for the work of the capital’s cinemas and extended the working hours of supermarkets and restaurants to restock and prevent overcrowding during the week before the New Year holidays. 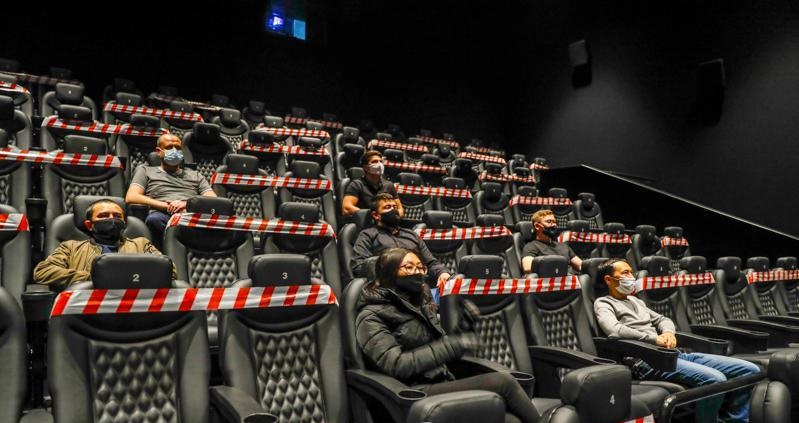 The cinemas were out of work since mid-March in Kazakhstan. Praliyeva decreed to allow cinemas to work starting from Dec. 26. Spectators must be seated every two chairs along the length of the row and staggered between rows. The chief doctor allowed for working hours on weekdays, weekends, and holidays from 10 a.m. to 12 a.m. without promotions.

The occupancy of a cinema should be no more than 30 percent of all seats in a hall. The cinema owners must ensure strict observance of sanitary and epidemiological standards.

Following the decree, the Nur-Sultan Akimat (city administration) allowed hypermarkets and supermarkets to switch to round-the-clock operations effective starting Dec. 25. This should prevent the formation of large queues.

“On the eve of the holidays, there is always an increase in people in stores. In order to prevent the formation of large queues, a new work schedule was prescribed in the decree,” Praliyeva said according to Nur-Sultan Akimat press service.

The facilities must have a trading area of at least 2,000 square meters. The stores must also ensure no more than a 30 percent occupancy rule.

The decree extended the opening hours of the restaurants, cafes, bars, and canteens from 10 p.m. to 12 a.m. to prevent overcrowding. The owners must ensure a distance of at least two meters between the adjacent tables and only seat groups of up to six people per table. The exception to the extension of the opening hours are the places located in residential buildings.