By Zhanna Shayakhmetova in Nation on 30 December 2022

ASTANA – 2022 has been an intense year packed with unprecedented and significant events. The news agenda included tragic riots, high-profile visits and celebrations in Kazakhstan. The Astana Times presents a roundup of top-viewed stories on our website that brings optimism during challenging times.

Kazakh capital, Astana, represented by the Astana International Financial Center (AIFC), ranked first in the tenth edition of the Global Green Finance Index (GGFI) among Eastern European and Central Asian countries. Astana’s global ranking is 54th. The report evaluates 84 financial centers worldwide and serves as an indicator of the development of green finance for policy and investment decision-makers.

All media attention this fall was paid to the sixth summit of the Conference on Interaction and Confidence-Building Measures in Asia (CICA) held on Oct. 12 in Astana. The summit marked three major events: the 30th anniversary of CICA, the end of Kazakhstan’s two-year chairpersonship in the conference, and the objective to transform the conference into a full-fledged organization. The story provides a brief history of the organization.

The sixth CICA summit concludes with the adoption of the Astana Statement and extension of Kazakhstan’s chairpersonship for 2022-2024. Photo credit: President’s press service.

This year saw fascinating archeological discoveries regarding the life of ancient civilizations on the territory of Kazakhstan. One of these is a Saka warrior’s burial in the Alatau district of Almaty. During the archaeological excavations on early Iron Age mounds in the city’s Alatau district, scientists discovered the partially untouched burial place of a Saka warrior who lived in 5-7th centuries B.C.

The story on the evolution of Islam in Kazakhstan was of great interest published ahead of the seventh Congress of Leaders of the World and Traditional Religions in September. The article studies how Kazakh muslims balance their religious identity, the Soviet legacy and national traditions. Islam has influenced the history and culture of Kazakhstan far more than one might expect – from the first alphabet to the language, customs, and literature. The traditional form of Islam developed along with the national customs molding into a regional form of the religion, adapted to local traditions. 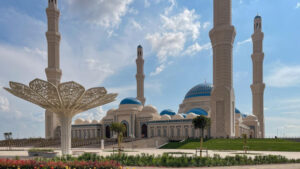 Grand Mosque in Nur-Sultan, the largest mosque in Central Asia that can accommodate up to 30,000 people. Photo credit: tengrinews.kz

Dimash Kudaibergen’s concert in September brought together nearly 35,000 people from 70 countries, including France, Brazil, Singapore, and the United Arab Emirates in Almaty. We collected the reviews from his fans about the concert. 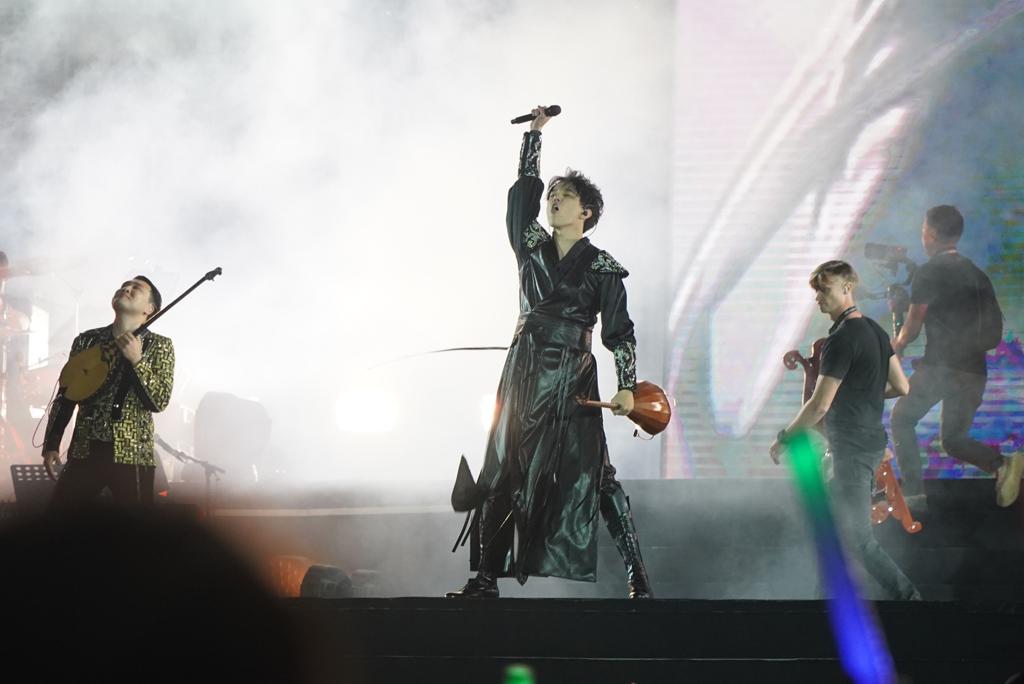 Dimash during his performance with a dombra at Sept. 23 concert in Almaty. Photo credit: informburo.kz.

Kazakh tennis player Elena Rybakina amazed the audience with her “aggressive style set” as she won the Wimbledon women’s singles final in July. She spoke about her win, emotions, and meeting with Novak Djokovic during a press conference after returning to Kazakhstan. Rybakina became the first tennis player from Kazakhstan to win the Wimbledon Championship after defeating Ons Jabeur of Tunisia in three sets 2-6, 6-3, 6-3. 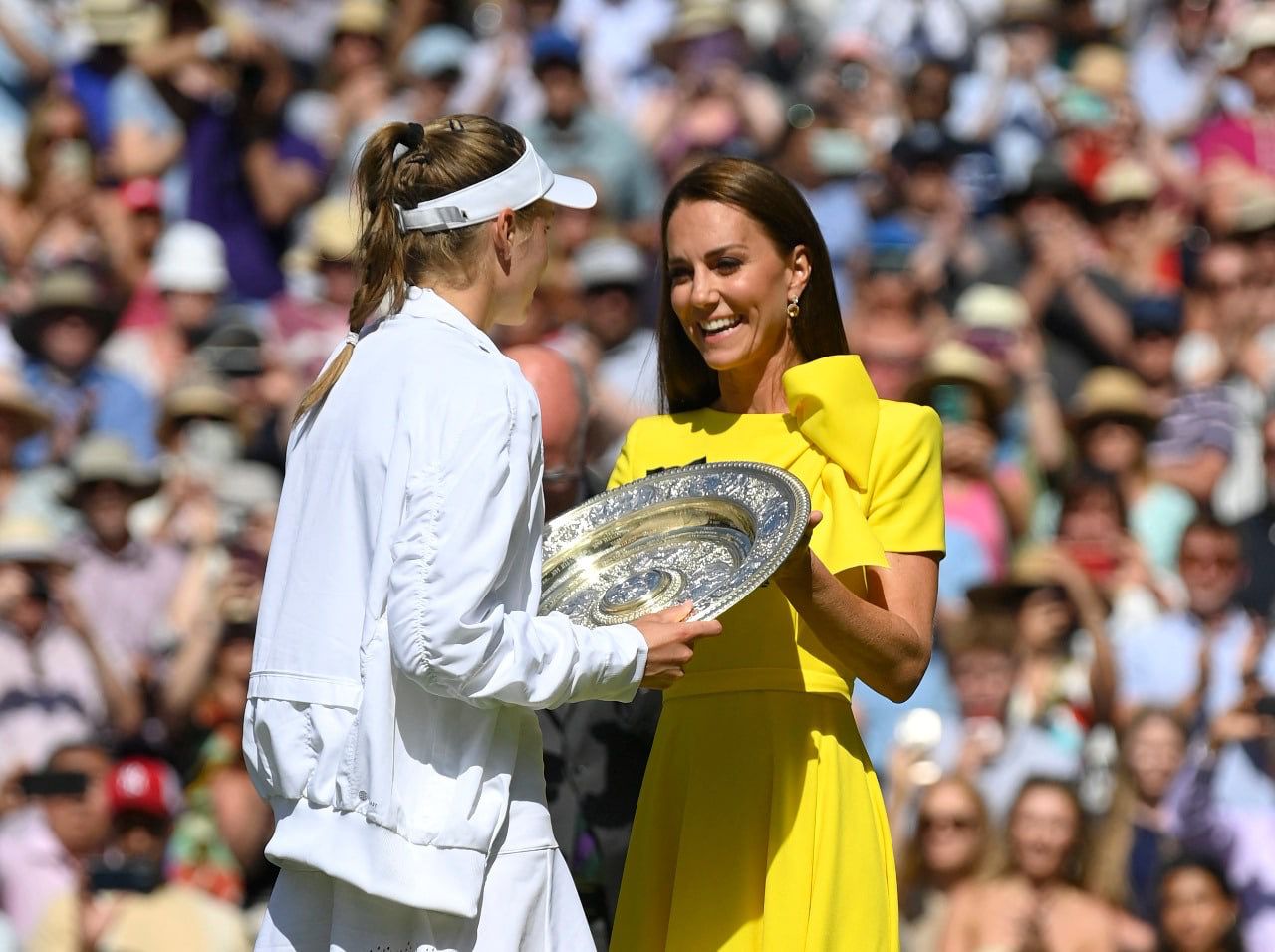 Kazakhstan and Central Asia was brought in the limelight of foreign expert community amid the complex geopolitical situation. A report titled “Kazakhstan Offers the West a Strategic Opportunity” written by Dr. John C. Hulsman, a board member of the Aspen Institute Europe and the founder of John C. Hulsman Associates is one of the works highlighting the country’s reforms after the tragic events of January.

The presentation of the “Atomic Steppe” book became another interesting event in the country this year. Thought-provoking, and undiscovered stories reveal what it takes to give up nuclear inheritance. In an exclusive interview, book author Togzhan Kassenova spoke how she came up with the idea of the book. 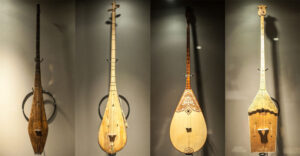 Dombras from different time periods and regions are represented in the museum of folk musical instruments named after Ykhlas in Almaty. The museum collection has authentic instruments belonging to prominent Kazakh kuishi-composers of the 19th-20th centuries. Photo credit: abai.kz

Magical sounds of Kazakh national instrument dombra conquered the hearts of millions of people around the world. Dombra is seen as the queen of Kazakh instruments. It is the most popular choice for Kazakh composers, traditional singers, and performers. For hundreds of years, the dombra has been dear to the Kazakh people. Today, it is still embedded into the notion of Kazakh national identity.