Evolution of Islam in Kazakhstan: How Modern Kazakh Muslims Balance Their Religious Identity, the Soviet Legacy and National Traditions

By Aibarshyn Akhmetkali in Congress of Leaders of World and Traditional Religions, Society on 15 August 2022

Editor’s Note: In the run-up to the seventh Congress of Leaders of the World and Traditional Religions to be held on Sept.14-15 in Nur-Sultan, The Astana Times starts a series of articles on the diversity of spiritual life in Kazakhstan. We shall profile different religions and denominations starting with the most practiced one in the country – Islam.

NUR-SULTAN – For more than 1,000 years, Islam has influenced the history and culture of Kazakhstan far more than one might expect – from the first alphabet to the language, customs, and literature. The traditional form of Islam developed along with the national customs molding into a regional form of the religion, adapted to local traditions. 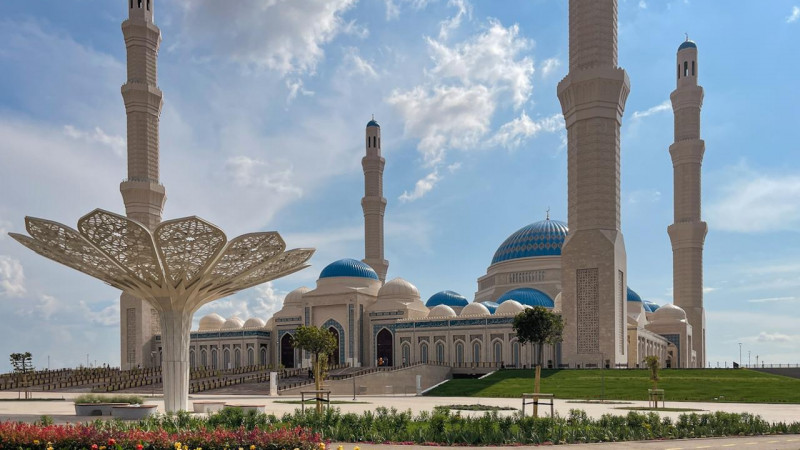 Grand Mosque in Nur-Sultan, the largest mosque in Central Asia that can accommodate up to 30,000 people. Photo credit: tengrinews.kz

Seven plus decades of an atheist legacy under the Soviet Union also left its mark on how Islam is viewed among the Kazakh Muslim population today, which makes the history and evolution of Islam in the region as a worth exploring topic.

The Muslim population makes up a large percentage of the Kazakh people. According to the Committee on Religious Affairs of the Ministry of Information and Social Development of Kazakhstan, out of 3,834 religious entities registered in Kazakhstan, 2,695 or 70 percent are Islamic entities, belonging mainly to the Sunni branch.

The 2009 Kazakh census data also showed that 70 percent of the 16 million people in Kazakhstan considered themselves Muslim.

Being the majority in Kazakhstan, Muslims live in harmony with representatives of other religions. The upcoming seventh Congress of Leaders of the World and Traditional Religions that is going to take place on Sept. 14-15 in Nur-Sultan, shows how interreligious dialogue and peace was always a priority for Kazakhstan.

A Brief history of Islam in Kazakhstan

The presence of Islam in the territory of Kazakhstan dates back to the 10th-century Karakhanids, a fiefdom that ruled Central Asia from the 10th to the 13th century. During the Karakhanid dynasty, Islam acquired the status of the state religion.

Before Islam spread to the southern sedentary regions of present-day Kazakhstan, the population followed other religions, including Tengrism and Zoroastrianism, which featured elements of shamanism and ancestor worship.

A great contribution to the spread of Islam among the nomadic population of South Kazakhstan was made by Khoja Akhmet Yassawi, an 11th-century Sufi poet and mystic, who wrote his famous work “Diwani Hikmet” (Divine Wisdom) as a journey to the light of knowledge, diligence, upholding the truth, honesty, and virtue:

“Be gentle and polite wherever you go,

Be a confidant to those in need,

Be close to God on the day of Mahshar (Judgement Day).

I ran away from arrogant people” (the author’s translation),

Yassawi described the importance of having a virtuous character along with the faith in God. 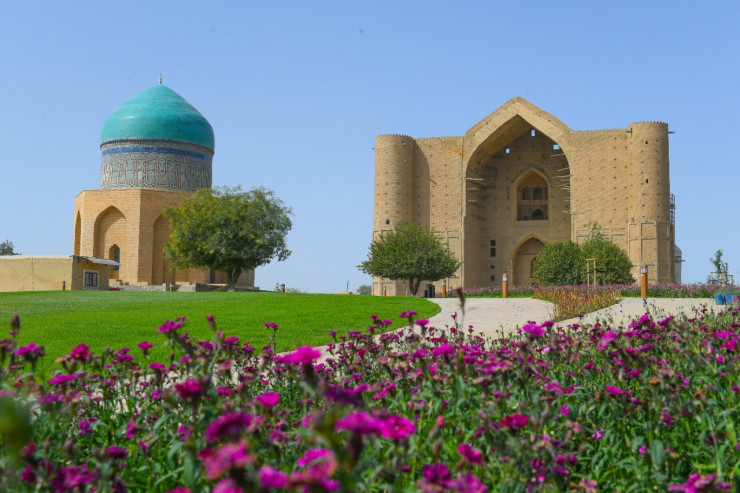 Khoja Akhmet Yassawi Mausoleum located in Turkestan was included in the UNESCO list of the world’s cultural heritage in 2003.

One of the first codes of law, Zheti Zhargy (Seven Charters), adopted by Tauke Khan in the 18th century was a significant step towards the introduction of Islam into public life and legal practice. The norms of administrative, criminal, and civil law recorded in this document were largely based on the provisions of Islamic Shariah law.

In the 19th-20th century, reading and writing among the Kazakh population was mostly taught by mullahs. The Russian empire also contributed to the increase in literacy by sending Tatar mullahs into the northern parts of Kazakhstan.

Arabic script was the major writing script of many prominent Kazakh writers and poets. The first Kazakh alphabet, which was systematized by Kazakh scholar Akhmet Baitursynuly in 1912, was based on Arabic letters.

Up to this day the Kazakh saying “knows alif as a wand” is used to refer to an illiterate or uneducated person (alif is the first letter of the Arabic alphabet that looks like a wand).

The Islamic legacy and practice were largely forgotten during the Soviet period when an atheist agenda was spread.

Since gaining independence many Muslims in Kazakhstan are gradually reviving the religious practices, the five pillars of Islam, which start with a declaration of faith, followed by daily prayers, charity, fasting, and performing the Hajj pilgrimage to Mecca if physically and financially capable.

Dana Yespenbetova, a woman whose grandparents and parents witnessed the Soviet period, says the Soviet Union legacy affected how religion was viewed. “It was all mixed up,” she said, referring to the fact that there was a disparity between what the ancestors have taught her family and the state agenda.

According to her, now she has a chance to revive what was forgotten and as an adult to “reintroduce herself” to religion.

“Even though I had all the pillars of religion introduced to me as a child, at some point in my life I had to study in depth more about my own religion, so I would say that I ‘converted back’ to Islam once I learned about it more. It has been a couple of years since I took religion more seriously and tried to practice it because I understand the benefits it brings to my life,” she said.

Yespenbetova is part of the younger generation of Kazakhs who are making a conscious decision to be Muslim, and not just because it is part of the Kazakh heritage. 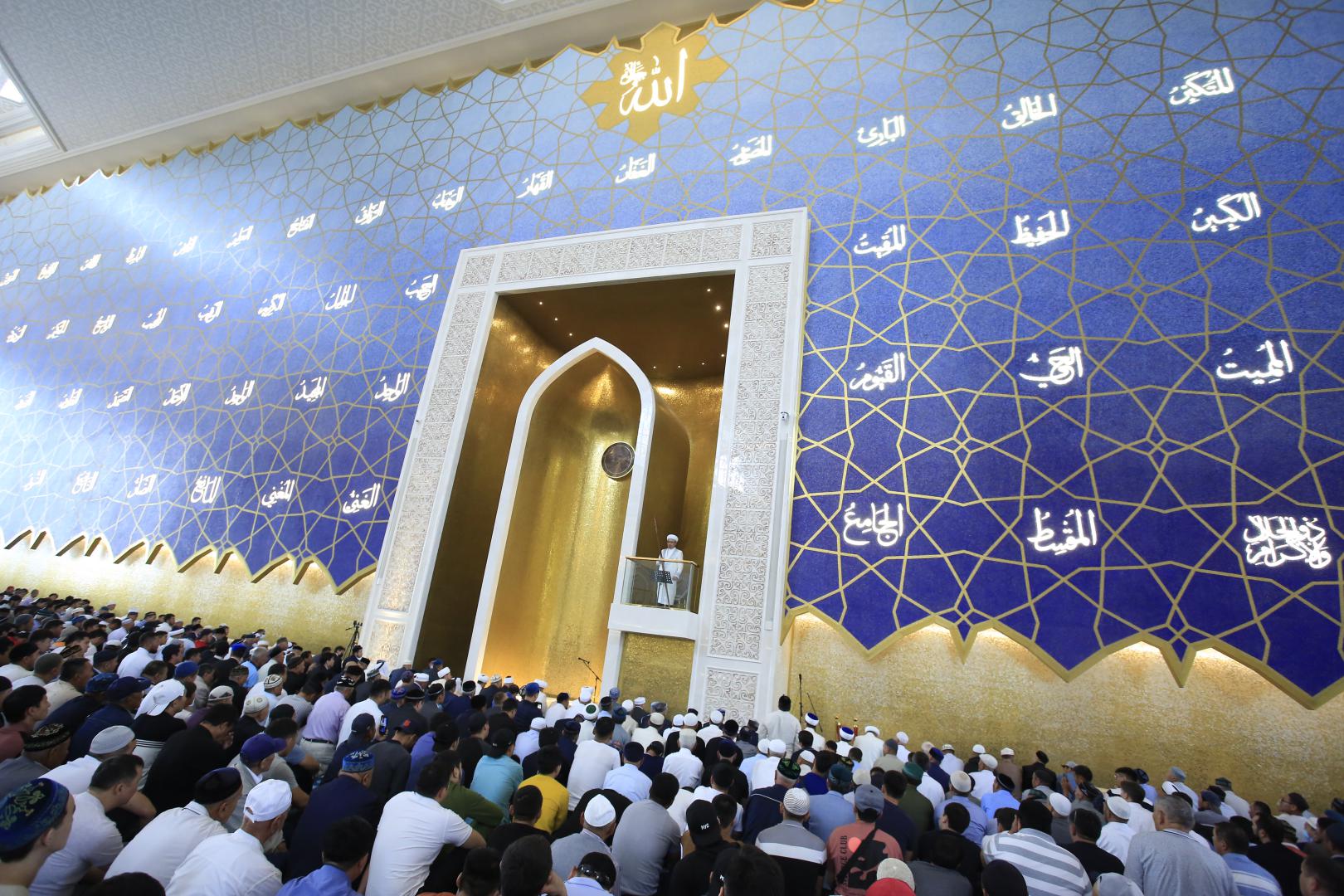 The first Friday prayer at the opening of the Grand Mosque, the largest mosque in Central Asia. Photo credit: muftyat.kz

“I struggled to pray consistently,” said Yespenbetova talking about the second pillar of Islam. “But I am learning Arabic, and that helps me to understand the verses of the Quran that I recite during the prayers. So it is not just about memorizing the verses, but understanding them by heart.”

Сharity, the third pillar of Islam, is one of the most widespread religious practices in Kazakhstan.

Islam distinguishes between obligatory alms, which is called zakat, and other voluntary forms of charity or as locals call it – sadaka. Zakat is calculated as a percentage of a person’s total net worth.

According to Nazerke Token, a 28-year-old mother of three, who has been practicing Islam for many years, sadaka is the easiest way to get involved with Islam. “It is done out of good heart, help each other, be kind to each other. No matter if you make prayers or not, you can always express your kindness through donations,” she said.

“This year I donated zakat. Previously, I used to give weekly sadaka to low-income families and various charity organizations and funds. I still try to donate weekly even small amounts of my income,” she added.

She also highlighted the generosity of the Muslim people around her. “I saw a lot of generous people in our country. Aid funds for millions of tenge are collected and closed rather quickly,” she said.

Though Islam’s fourth pillar, fasting, can be exceedingly hard for people, Yespenbetova and her family fast during the month of Ramadan. “My father and I have been fasting for over a decade now,” she said.

The last pillar – pilgrimage or hajj – is a once-in-a-lifetime duty for every able-bodied Muslim who can afford it.

There are records of Kazakh Muslims that performed pilgrimages as early as the 19th century traveling on horses and camels. Kunanbay, the father of Abai Kunanbaiuly, one of Kazakhstan’s greatest poets, is said to have performed a pilgrimage to Mecca, which took him two years, back in the 19th century. He also built a house in Mecca with his own funds.

Abai wrote about his father’s trip in the following verses:

“Built a waqf (meant for donation) house in Mecca,

He lit the house with a candle.

To the path of one God,

He spent the cattle ruthlessly,” (the author’s translation)

This year, some 4,000 Kazakh citizens attended Mecca for the first time after the pandemic to perform the Hajj in July.

President Kassym-Jomart Tokayev also performed an umrah (a lesser pilgrimage) in Mecca and was honored to enter the Kaaba (a holy shrine) as part of his official visit to Saudi Arabia in July of 2022. 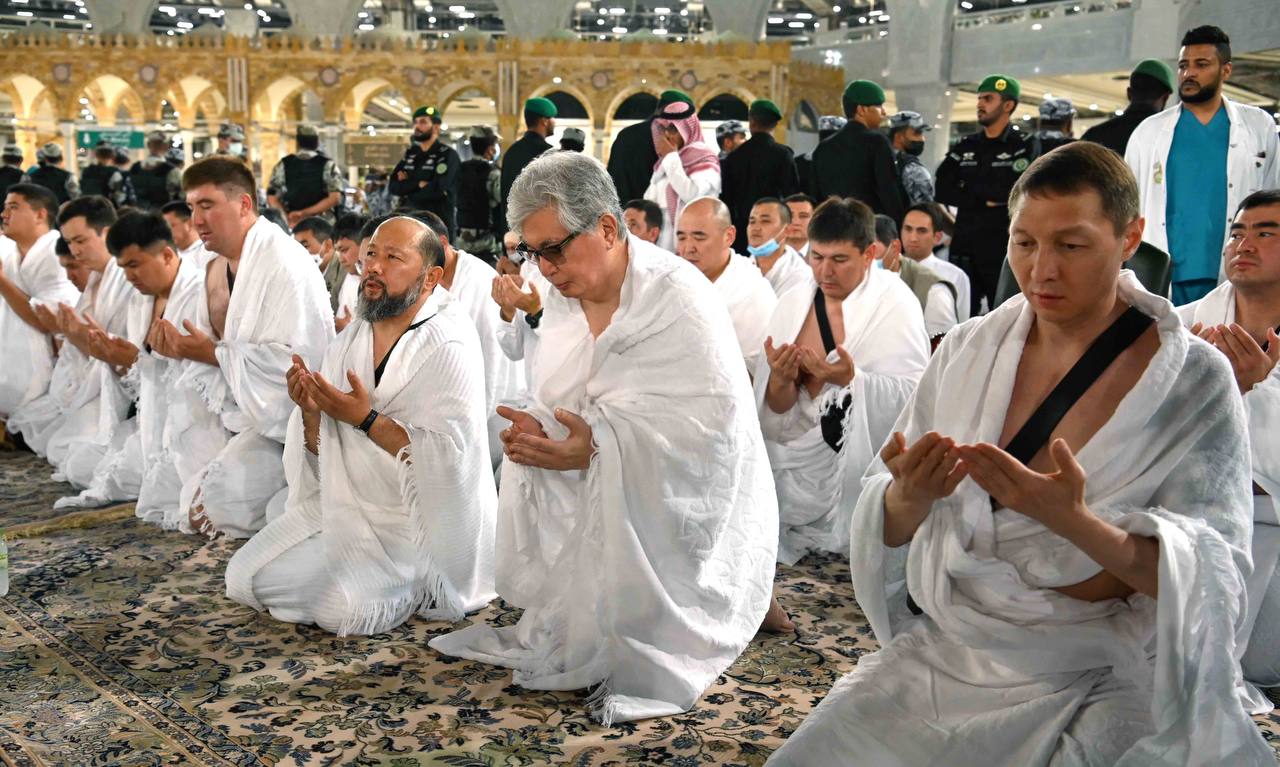 On July 24, President Tokayev performed umrah (a lesser pilgrimage) in Mecca, the holiest shrine of Islam. He was honored to enter the Kaaba, its doors are opened for distinguished guests on exceptional occasions. Photo credit: Akorda

The imprint of Islam in language and customs can still be seen today. There are many common words, some relate to education, others to culture, for example, kitap (book), ustaz (teacher) and adebiyet (literature).

During early childhood, Kazakh men undergo the tradition of circumcision, which also has Islamic roots. In general, the majority of Kazakh families adhere to Islamic traditions in marriage and burial ceremonies.

Disparity between culture and religion sometimes creates a vision that one can be “too religious” if they practice pillars of Islam that are not a part of Kazakh culture.

Yespenbetova shared her own experience with that. “Some families take it as an extreme concern if any of their kids start praying five times or learning about Islam or girls decide to cover their heads, which is quite confusing to the younger generation and to everyone who wants to practice it the right way. Islam does not accept changes, but somehow our society tends to pick whatever is convenient for them,” she said.

Despite that, Yespenbetova carries on with her practices. “I guess it is a journey of each person and it is only between the person and God,” she concluded.

Kazakhstan is a secular country, where people have the freedom to choose a religion and practice it. According to the Committee on Religious Affairs, there are 2,693 mosques in the country. On Aug. 12, an opening of the Grand Mosque, the largest mosque in Central Asia that can accommodate 30,000 people, took place in Nur-Sultan and was attended by First President Nazarbayev.