By Aibarshyn Akhmetkali in Conference on Interaction and Confidence Building Measures in Asia, International on 12 October 2022

ASTANA – The sixth summit of the Conference on Interaction and Confidence-Building Measures in Asia (CICA) started today on Oct. 12 in Astana. This year the summit marks three major events: the 30th anniversary of CICA, the end of Kazakhstan’s two-year chairpersonship in the conference, and the objective to transform the conference into a full-fledged organization. 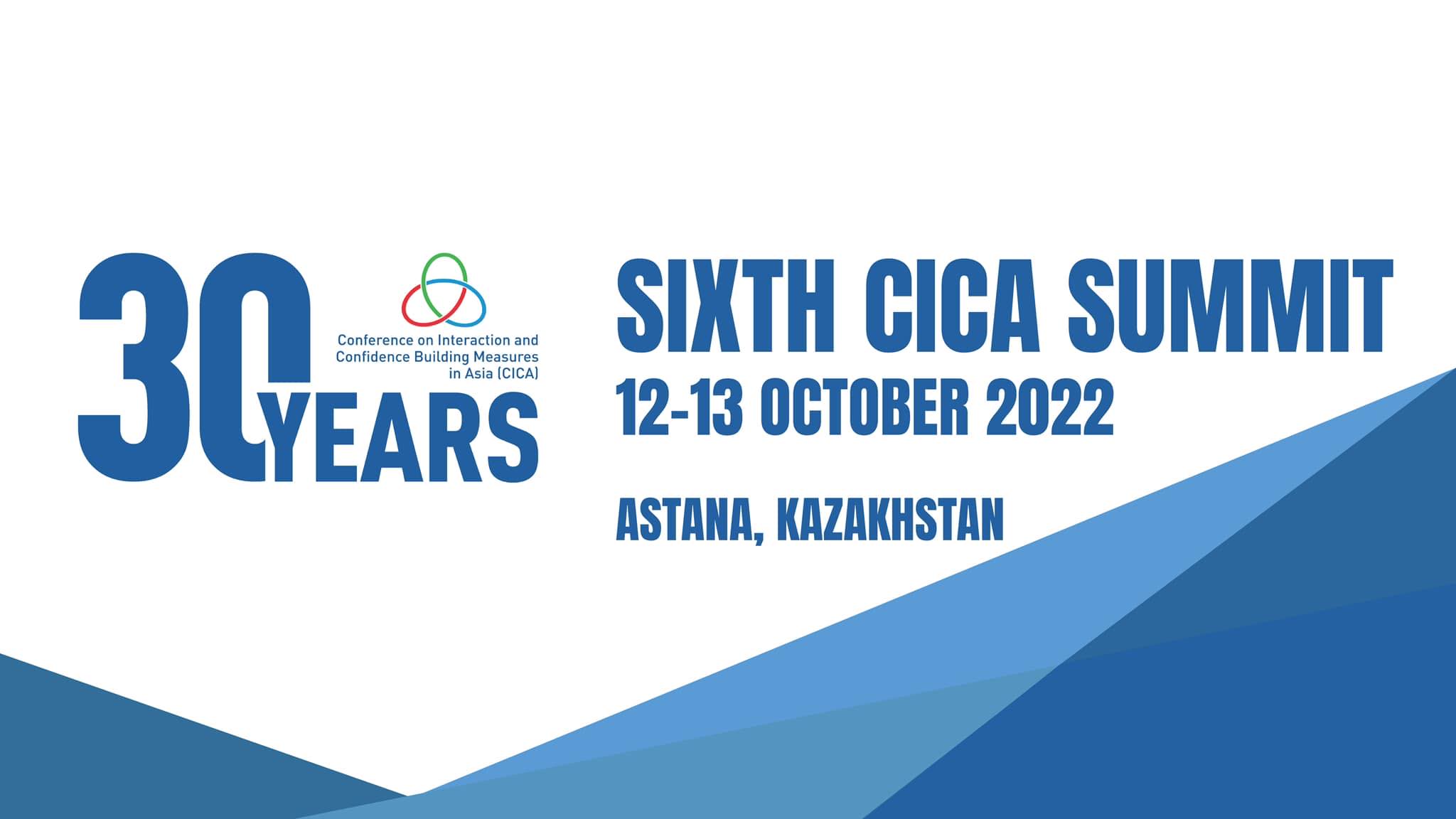 The sixth summit coincides with the year that marks the 30th anniversary of CICA. Photo credit: CICA Press service.

As the summit unfolds, The Astana Times prepared a summary of major milestones over the last 30-year history of CICA, as well as the main expectations from the sixth summit.

A brief history of CICA

Thirty years ago, at the 47th Session of the United Nations General Assembly in 1992, First President Nursultan Nazarbayev proposed the idea to create a conference with the aim to promote peace, security, stability, and prosperity in Asia in the light of newly emerging states in Central Asia. 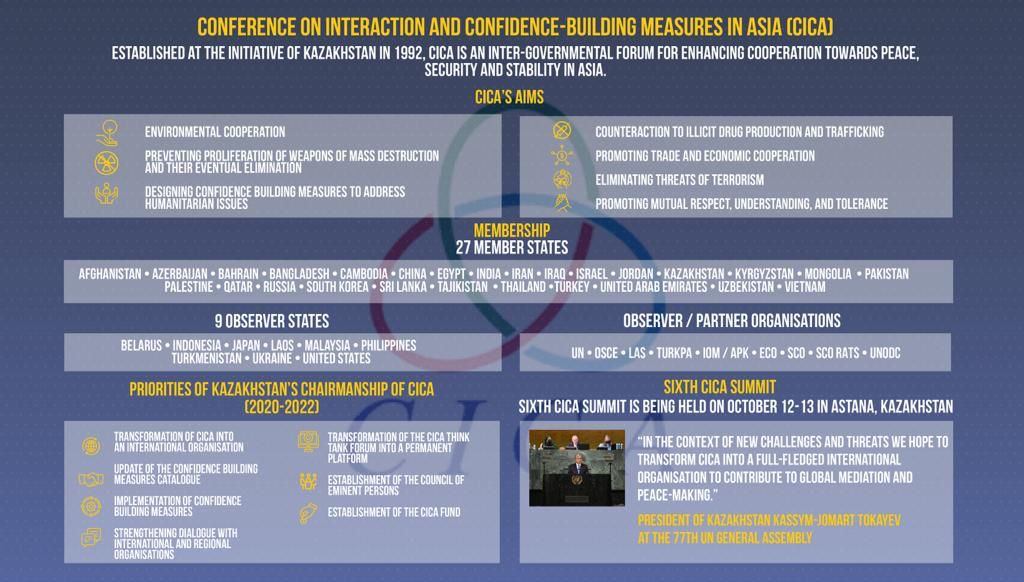 The first founding document of the conference, the Declaration on the Principles Guiding Relations between the CICA Member States was signed at the First Meeting of Ministers of Foreign Affairs in 1999 by 15 states, including Afghanistan, Azerbaijan, China, Egypt, India, Iran, Israel, Kazakhstan, Kyrgyzstan, Pakistan, Palestine, Russia, Tajikistan, Türkiye, and Uzbekistan. Those states became the founding members of CICA.

The second founding document, the Almaty Act, which serves as the charter of CICA, was adopted during the First Summit held in Almaty in 2002.

Over time, CICA has evolved into a multilateral instrument for strengthening security and prosperity on the Asian continent. Presently, CICA has 27 member states encompassing nearly 90 percent of the territory and population of Asia, generating around two-thirds of the global GDP. Nine countries and five multinational organizations, including the United Nations, have observer status. 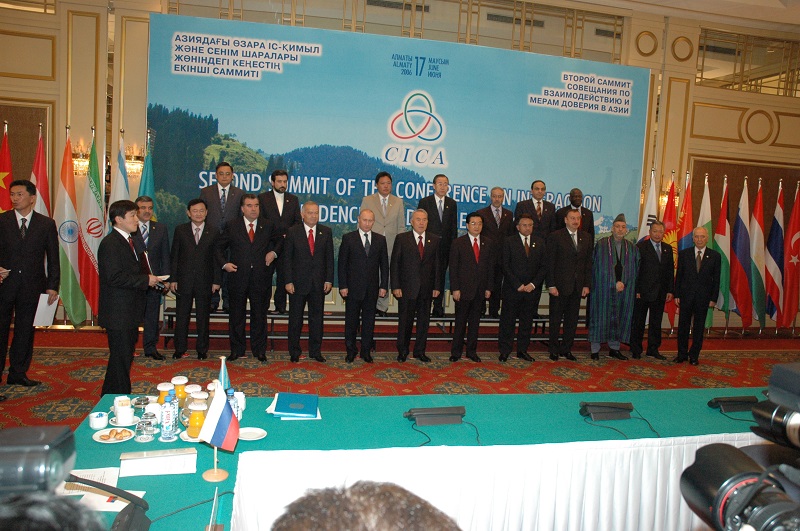 The second founding document, the Almaty Act, which serves as the charter of CICA, was adopted during the First Summit held in Almaty in 2002. Photo credit: s-cica.org.

The CICA Summit is convened every four years to conduct consultations, review the progress, and set priorities for CICA activities. The fifth summit was held in Dushanbe in June 2019.

Every two years, one country holds the presidency of the organization. This year, Kazakhstan concludes its second two-year chairpersonship at CICA.

Kazakhstan’s chairpersonship and 30 years of CICA

CICA Executive Director Kairat Sarybay in an exclusive interview with The Astana Times shared the major results of Kazakhstan’s chairpersonship over the last two years.

Among the crucial milestones was Kazakhstan’s initiative to create two new institutions of CICA – the renewed and institutionalized CICA Think Tank Forum (TTF) with the objective to provide informational and analytical support to CICA and CICA Council of Eminent Persons (CEP), which is meant to become a high-level advisory body of CICA. 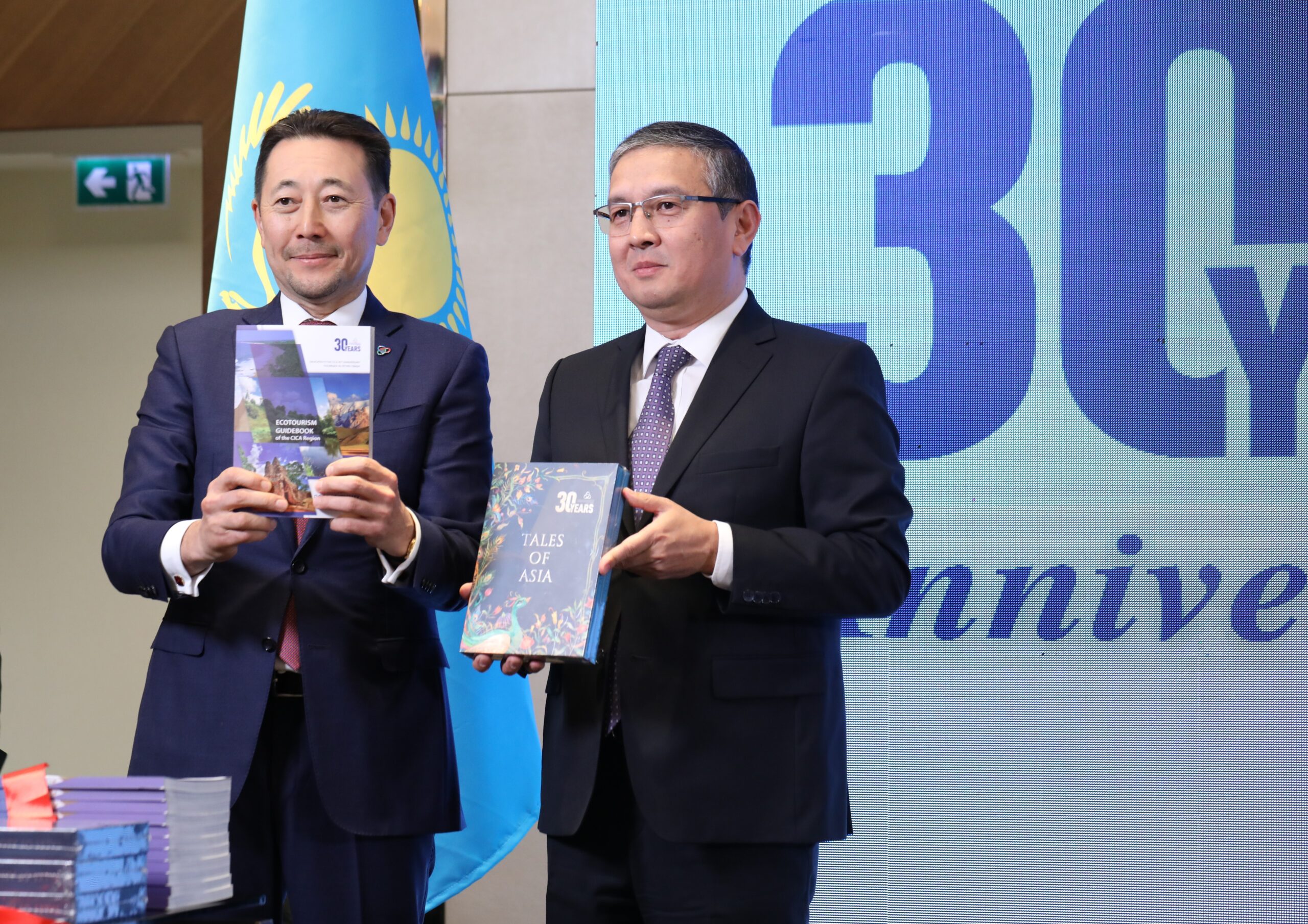 Another major accomplishment of CICA during Kazakhstan’s chairpersonship was updating the CICA catalog of Confidence Building Measures in 2021, which includes 18 priority areas of cooperation, such as epidemiological safety, public health and pharmaceuticals, security of and in the use of information, and communication technologies.

On Oct. 5, the conference celebrated 30 years since its establishment by presenting the books “Tales of Asia” and “Ecotourism Guidebook of the CICA Region” as well as the commemorative 100 tenge coin of the National Bank of Kazakhstan.

During the congratulatory speech, Kazakhstan’s Deputy Foreign Minister Adil Tursunov said over 30 years, CICA has approached its main goals set out in its two founding documents.

“CICA has become a broad and inclusive international platform, ensuring regular dialogue and consultations, and is ready to launch the transformation process into a full-fledged organization,” he said.

Transformation of the conference

The sixth Summit is planned to transform CICA into a full-fledged international organization as it was announced by Kazakh Deputy Prime Minister and Minister of Foreign Affairs Mukhtar Tileuberdi on the sidelines of the 77th session of the United Nations General Assembly in New York on Sept. 21.

The proposal to upgrade the conference from a forum into a full-fledged organization was put forward by First President Nazarbayev in 2012. Since then, the concept of transformation was discussed and broadly supported by CICA member states.

“Despite being a conference, today CICA has all the features of a full-fledged international organization. Therefore, I believe that our member states highly appreciate the great work done by CICA,” said Sarybay during the press meeting on the celebration of the 30th anniversary of CICA.

President Kassym-Jomart Tokayev also supported the idea during his speech at the 77th UN General Assembly in New York in September this year.

“In the context of new challenges and threats we hope to transform CICA into a full-fledged international organization at the upcoming summit in October in Astana to contribute to global mediation and peace-making,” he said.

According to the spokesperson of the Kazakh Foreign Ministry Aibek Smadiyarov, the summit will welcome 11 presidents from Azerbaijan, Iraq, Iran, Qatar, Kyrgyzstan, Palestine, Russia, Tajikistan, Türkiye, and Uzbekistan. President of Belarus Alexander Lukashenko will participate as an observer and Vice Presidents of Vietnam and China will also attend the summit.

According to the chief expert at the Almaty branch of the Kazakhstan Institute for Strategic Studies (KazISS) Bulat Auelbayev, with the continuous shift of world development towards Asia, the need for security structures on a broad geographic scale is relevant and in demand. In this regard, he said Kazakhstan’s proposal to create a new platform found fertile ground.