By Saniya Bulatkulova in Kazakhstan Region Profiles: A Deep Dive Into the Heart of Central Asia on 4 December 2022

ASTANA  – This year saw fascinating archeological discoveries that are expected to highlight the life of ancient civilizations on the territory of Kazakhstan. 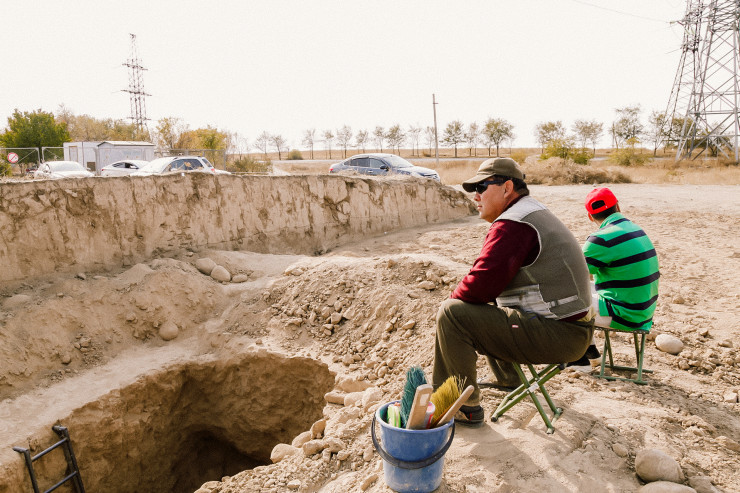 The Astana Times provides an overview of the recent excavations.

A Saka warrior’s burial in the Alatau district of Almaty

During the archaeological excavations on early Iron Age mounds in the city’s Alatau district, scientists discovered the partially untouched burial place of a Saka warrior who lived in V-II centuries B.C.

Some fragments of a sword decorated with gold, gold leaves made in animal style for clothes, and garments made of silver alloy were found in the grave pit. The warrior’s remains were found in a wooden box at a depth of more than three meters. 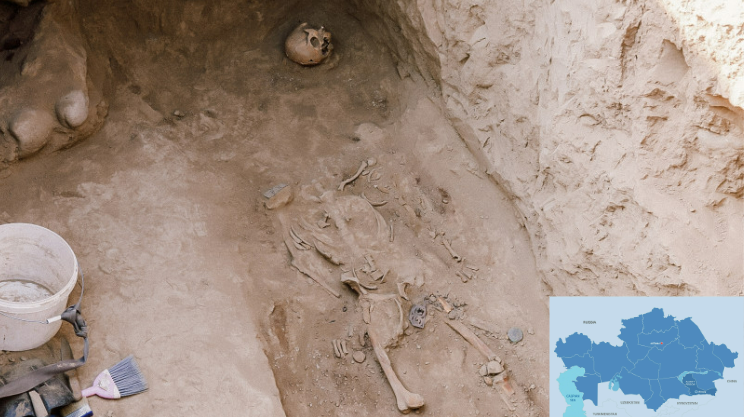 “We excavate every year, but these unique finds are quite rare. For example, gold garment fragments were found in 2014 for the last time,” pointed out the director of the Association of museums of Almaty, Lazzat Sagyndykova, in an interview with Kazinform.

According to the association’s senior researcher Murat Nurpeisov, the Saka warrior in the cemetery was not a young man. 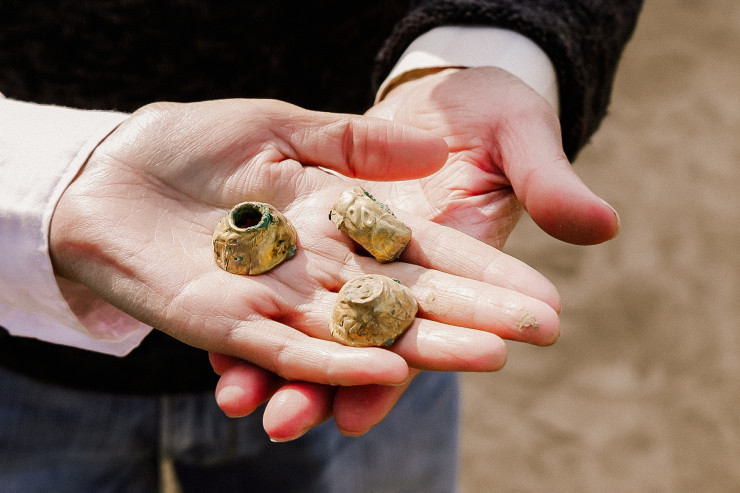 “Judging by the skull, he was not a young man. And he was not a king. We think so because he was buried with not royal but military things. But he seems to be from a noble family,” Nurpeisov said.

Nurpeisov added that scientists learned about mounds in the Alatau district in the late 1960s. “There are nine mounds discovered here,” he said.

Ancient tools of the Saka people were found in Saryarka

Russian expert and candidate of historical sciences Igor Gorashchuk came to Karagandy from Samara to study artifacts found by local archaeologists in central Kazakhstan in September. During two weeks, he examined more than 300 artifacts while working at the Regional Historical and Local History Museum and Saryarka Archaeological Institute of Karagandy Buketov University. 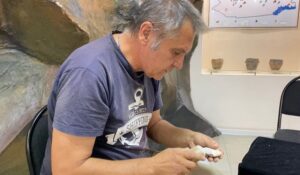 In an interview with Kazinform, he spoke about his version of the Saka tribes’ use of stone tools and farming.

“We cooperate with Arman Beisenov, who runs the history and archaeology research center Begazy – Tasmola. He excavated the winter quarter of the Saka tribes, where many stone tools were stored. Interestingly, most of them are hoes. There are two types of them: one for digging the ground, while the other has a thin blade, which means they were used as hoes for weeding,” said Gorashchuk.

He added that archaeologists found millet and barley seeds. It proves that the Saka people were engaged in horticulture. 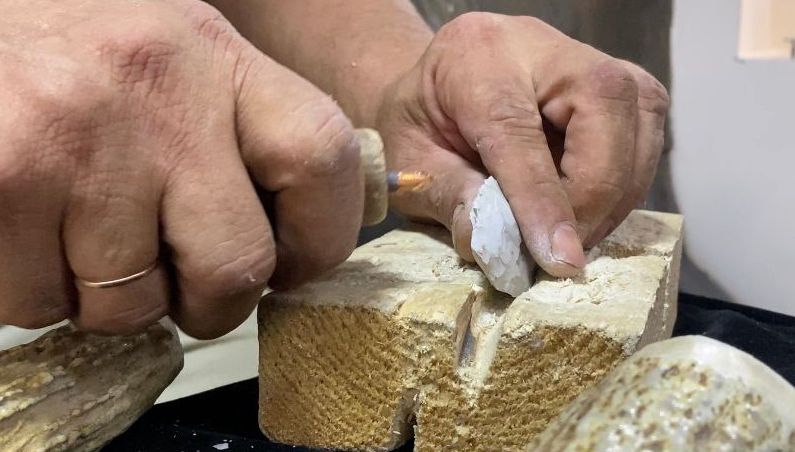 Gorashchuk investigated tools for metal processing and a series of stone and bone tips at the Saryarka Archaeological Institute of Karagandy Buketov University. He also examined the mysterious stone balls found in the mounds and surmised that it might have been a hunting tool.

The ancient city of masters – Karakabak in Western Kazakhstan

Archaeologists from Kazakhstan and Russia’s Novosibirsk excavated the ancient city of the masters – Karakabak, a large commercial and handicraft center of the 3-5th centuries BC located on the eastern coast of the Caspian Sea in Kazakhstan.

In an interview with Zakon, the experts said that Karakabak existed for approximately 300 years, nearly 2,000 years ago, and was a significant trade and crafts center with a seaport. 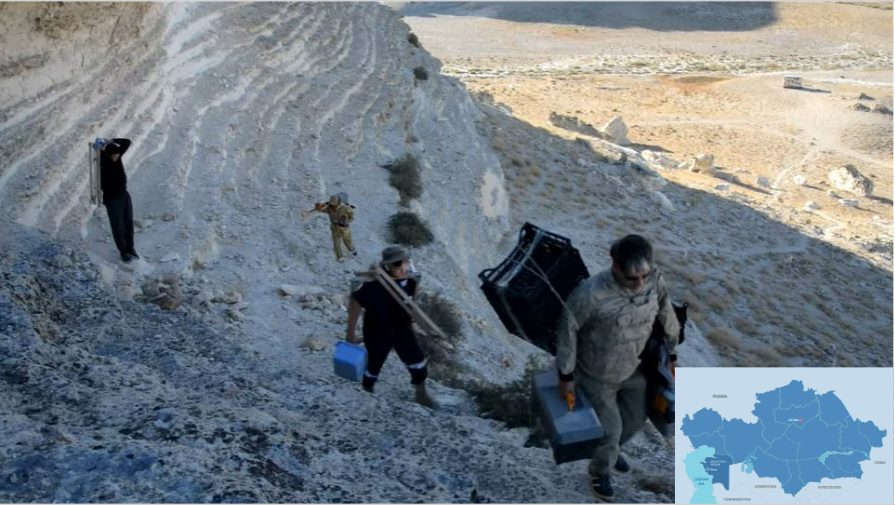 A fragment from vlog published on You Tube channel of one of the scientists Andrey Astafiev. Click to see the map in full size

“People believed the Silk Road went along the western coast of the Caspian Sea, but Roman Empire and Iran waged wars in the 3-5th centuries, and there was a northern branch along the eastern coast of the Caspian Sea. There is no evidence that it passed through Mangyshlak, and no reference cities exist here. It is a city on the Great Silk Road. Thus, we are witnessing a way from India to Rome,” said researcher at the Institute of archaeology and ethnography of the Siberian branch of the Russian Academy of Science Evgeniy Bogdanov.

Archaeologists explored the territory of four constructions of the manor type and “garbage dumps” outside the city. They suggest that Karakabak was not a colony of several powerful civilizations in Iran or Khorezm.

Artifacts obtained during excavations – lacquer and stucco ware of various types, metal products, metallurgical waste, coin collection, glass decorations, and bones of animals, birds, and fish  – allowed scientists to determine the chronological framework of the existence of the ancient city and its status. 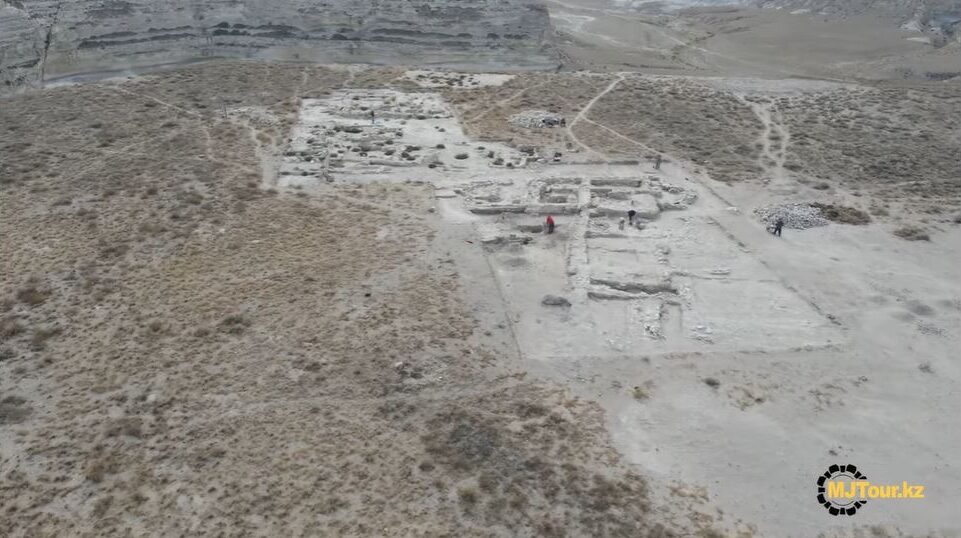 The area where excavations were carried out.

According to Bogdanov, representatives of various crafts, including artisans working with bronze, ceramics, jewelers, sailors, fishermen, and traders, all lived in the city. Some residents treated and milled wild cereals and drilled for ore.

“It is a unique natural and archaeological site of Mangystau, which could become an object of archaeological tourism. People, who lived here, represented folks from all over the world. They were the best masters, merchants, and sailors,” Bogdanov noted.

Archaeologists also discovered a burial ground of Hunnish nobles near the city.