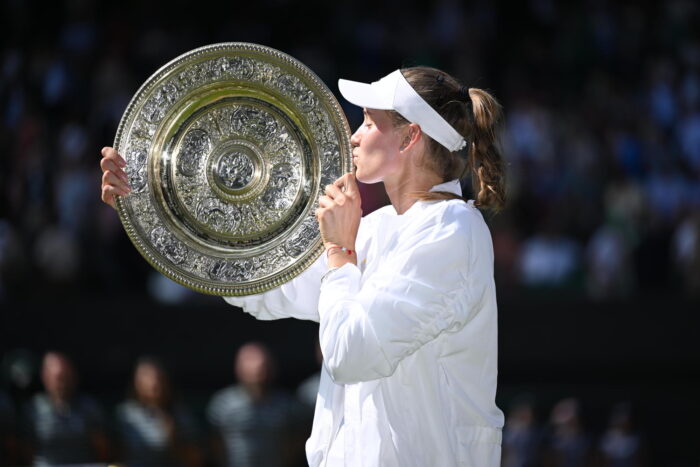 Not only did she become the first player from Kazakhstan to win a grand slam title, she also became the youngest Wimbledon champion since 2011.

In her interview afterwards on the Centre Court, Rybakina said she never felt something like this. For sure, lifting the Venus Rosewater Dish as she was named Wimbledon champion for the first time is moment of a lifetime for 23-year-old Rybakina. 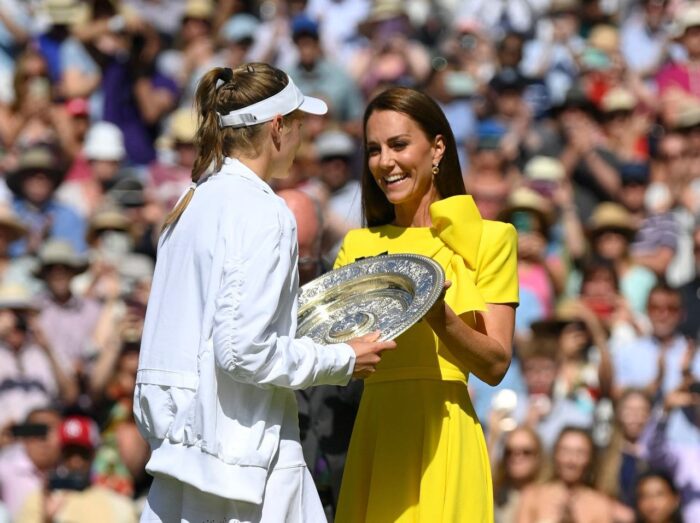 “I was super nervous before the match, during the match and I’m happy it’s finished to be honest. Really I have never felt something like this. I want to thank the crowd for the support, it was unbelievable these two weeks,” she told the journalists.

She congratulated Jabeur for a “great match” calling her an “inspiration for everybody.”

“You have an amazing game. We don’t have someone like this on tour and it is a joy to play against you. I ran so much, I don’t think I need to do fitness anymore,” said Rybakina, who has represented Kazakhstan since 2018. 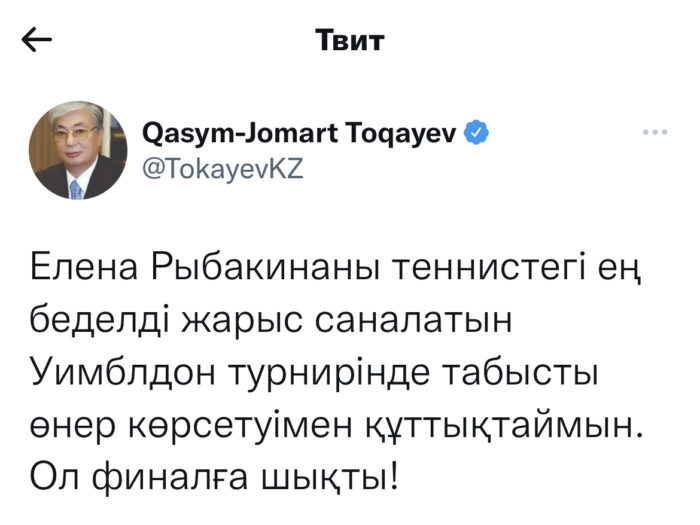 Rybakina thanked her team for the support they gave.

“I want to say thanks to my coach, my sponsors, everyone. The most important is my parents of course, they are not here so I am very sorry. My sister is here and it is just the third time she comes on the tour to watch, so I’m happy she is here. Without my parents I wouldn’t be here for sure. Thank you so much everyone,” she said. 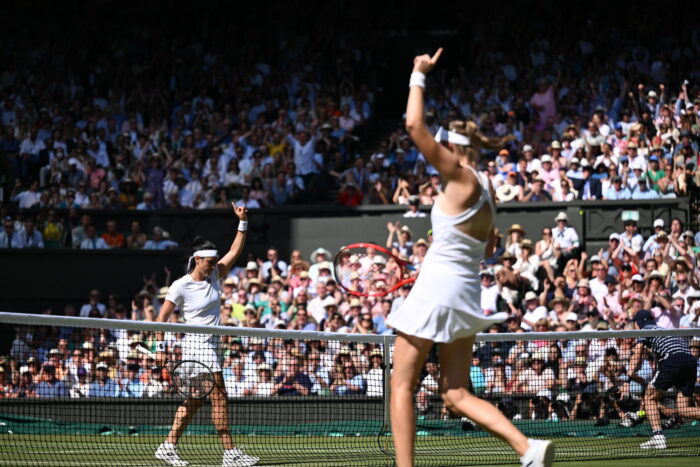 In her interview afterwards on the Centre Court, Ons Jabeur joked that “Elena stole my title but it’s ok!”

“First of all I want to congratulate Elena and her team – great job and she deserved this and hopefully next time it will be mine,” said Tunisia’s first seed.

The President noted Elena’s skill, her will to win and her behavior on the court. He believes that her success will contribute to the development of tennis in Kazakhstan, and will attract more children to this sports.