ASTANA – Kazakh Foreign Ministry’s Spokesperson Aibek Smadiyarov wrapped up the results of the ministry’s work in 2022 at a press briefing on Dec. 28, highlighting a packed diplomatic schedule the country has had this year. 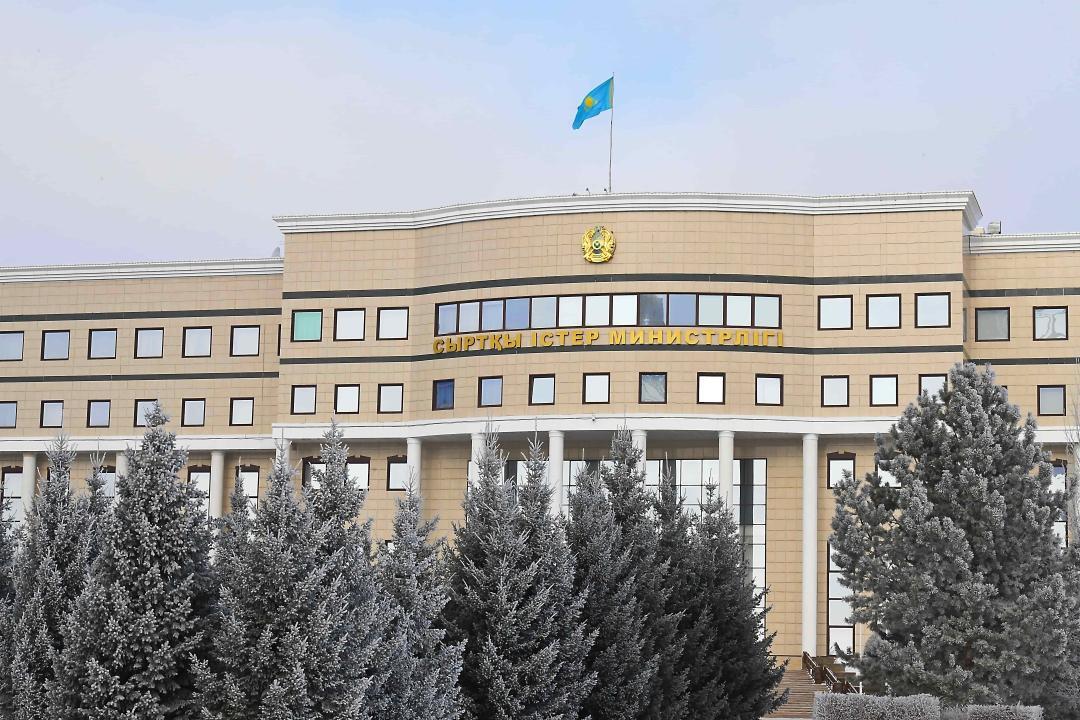 “This year, we have done a lot of work on the foreign policy track, several major international events were organized and held in Kazakhstan, visits of the head of state, Prime Minister, and Minister of Foreign Affairs abroad, as well as high-ranking foreign guests to our country,” said Smadiyarov.

Kazakhstan, known for its multi-vector foreign policy, has diplomatic relations with 186 countries and has 104 diplomatic missions in 70 countries.

“Kazakhstan is interested in a favorable external environment. We adhere to the principles of good neighborliness and constructive interaction,” said Smadiyarov. 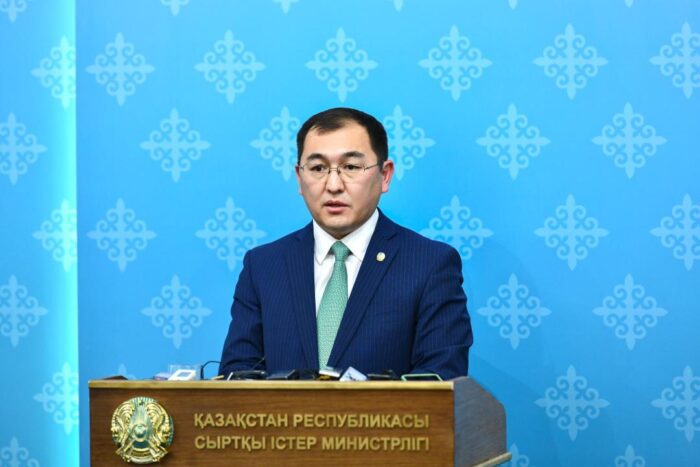 “Our country’s foreign policy is constantly being improved based on the international situation, new challenges and threats, and current foreign policy tasks. A testament to that is the Foreign Policy Concept for 2020-2030, adopted in 2020, where the continuity of our foreign policy course remains inviolable, including multi-vector policy, balance, pragmatism and protection of national interests,” said Smadiyarov.

He said bilateral ties continue to steadily expand with all partners, including China, Russia, United States, at a time when the world is going through a “difficult period of serious aggravation of the international situation.”

“​​The Ukrainian crisis has become a major challenge that has led to a new round of geopolitical tension between Russia and the West. The military conflict between once close, fraternal countries is of deep concern and regret to all friends of these nations. We call on the opposing sides to begin a serious dialogue to deescalate the situation,” said Smadiyarov.

“The Treaty of Friendship, Good-Neighbourliness and Cooperation for the Development of Central Asia in the 21st Century, opened for signature on July 1, 2022, will serve as the basis for this. Thanks to joint efforts, the countries of Central Asia have managed to restore the pre-pandemic level of trade turnover and increase it significantly,” he said.

He also welcomed the  results of the fourth Consultative Meeting in Cholpon-Ata in July, which “opened a new page in the development of regional cooperation.”

Tokayev also visited Kyrgyzstan in May, reaffirming his commitment to the strategic course of bilateral relations. He visited Tajikistan in May 2021, agreeing with President Emomali Rahmon to bring trade volume to $2 billion.

Tokayev also paid a visit to Turkmenistan in June and Turkmen President Serdar Berdymukhamedov was in Astana for a state visit in October.

Expanding diplomatic ties with Asia and the Middle East

Smadiyarov said Kazakhstan is gradually expanding cooperation with its partners from Asia and the Middle East.

“This year, the President of Kazakhstan made official visits to the UAE, Qatar, Iran and Saudi Arabia. Our country was recently visited by the Emir of Qatar. As a result of these visits, an agreement was reached to deepen our relations in trade and economic, investment, financial, petrochemical and other sectors,” he said.

Smadiyarov said Kazakhstan, as Central Asia’s largest economy, plans to expand its presence in the Asia-Pacific region, focusing on the high-tech and energy sector.

“The energy and resources sector is an area that can maximize cooperation between Asian countries with high technological potential and Kazakhstan, which has energy resources. The Asia-Pacific region, including the advanced economies of ASEAN [Association of Southeast Asian Nations], has already become a global center of economic activity. And this approach reflects the essence of our country’s relations with its partners in Asia,” said Smadiyarov.

In 2022, Kazakhstan’s foreign policy track was rich in bilateral and multilateral levels. At many international summits and events, including this year’s 77th session of the United Nations (UN) General Assembly, President Tokayev often uses an opportunity to reiterate Kazakhstan’s steadfast commitment to international law and the UN Charter and principles.

“Our initiative to establish the UN Regional Center on sustainable development goals for Central Asia and Afghanistan in Almaty confirms Kazakhstan’s commitment to implement the 2030 agenda in the region. Kazakhstan was elected to the UN Human Rights Council for 2022-2024. With other states, we are working to protect and promote international human rights standards globally,” said Smadiyarov.

Dynamic cooperation continues with the Shanghai Cooperation Organization, the Eurasian Economic Union, the Commonwealth of Independent States, and the Collective Security Treaty Organization.

“We support the non-proliferation regime and advocate for nuclear disarmament. Given the high risk of the use of nuclear weapons in the world since the Cold War, Kazakhstan’s call for a plan for the complete elimination of these weapons by 2045 looks particularly relevant,” said Smadiyarov.

The spokesperson also highlighted the Conference on Interaction and Confidence-Building Measures in Asia (CICA) and the Congress of Leaders of World and Traditional Religions among the most important elements of Kazakhstan’s foreign policy.

Astana hosted the sixth CICA summit in October, marking a milestone decision to transform CICA into a full-fledged regional international organization. Also, month earlier, Kazakh capital hosted the seventh Congress of Leaders of World and Traditional Religions, attended by Pope Francis and over 100 representatives of 18 confessions.

Since 2018, the Kazakh foreign ministry has been in charge of foreign investments, including promoting domestic products in foreign markets and establishing reliable business contacts with new partners.

Over the years of independence, Kazakhstan has attracted around $400 billion in investments. Since the beginning of this year, 36 investment projects with foreign participation worth $3.7 billion have been put into operation, creating more than 3,800 jobs. At least five projects are expected to be commissioned by the end of this year.

The national list of investment projects across various sectors of the economy includes 932 projects with investments from more than 30 countries, worth nearly 32.1 trillion tenge (US$69.2 billion). It assumes the creation of around 130,000 workplaces.

“At the same time, work is underway to relocate large industrial enterprises and international corporations that have announced the cessation of activities in Russia and Belarus to Kazakhstan. A list of 362 major companies from 37 countries has been formed. To date, 21 companies have been relocated to Kazakhstan, 13 are being considered, and active negotiations are underway for another 28 companies,” said Smadiyarov.

On Oct. 12, Kazakhstan and Qatar signed the protocol amending the intergovernmental agreement on mutual visa exemption for holders of diplomatic and special passports, exempting Kazakh citizens with general passports from visa requirements.

To create a favorable investment climate, boost business contacts and increase tourist potential, Kazakhstan introduced a visa-free regime for citizens of China, India and Iran, which allowed the citizens of these countries to stay on the territory of Kazakhstan for up to 14 days.