By Dana Omirgazy in Central Asia, International on 23 December 2022

ASTANA – President of Kazakhstan Kassym-Jomart Tokayev wrapped his state visit to Tashkent on Dec. 22, resulting in the signing of major documents cutting across many areas of cooperation, reported the Akorda press service. Among the key documents are the treaty on allied relations and an agreement on border demarcation. 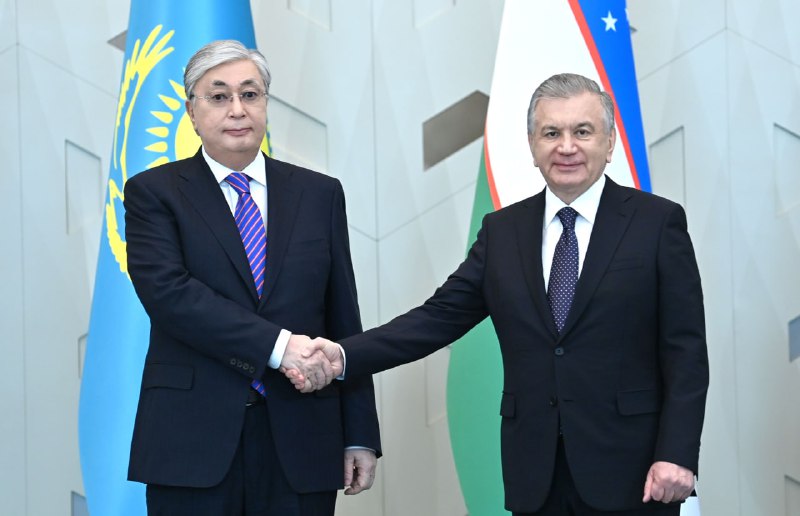 During their talks in a narrow and expanded format, the Presidents addressed the advancement and strengthening of trade and economic cooperation, including increasing mutual trade, attracting investments, developing cooperation in industry, pharmaceuticals, agriculture, construction, transit, and transportation logistics, as well as interaction in educational, cultural, and humanitarian areas.

Tokayev said that the signing of the treaty on allied relations confirms “the exemplary nature of interstate relations.” He expressed his commitment to the comprehensive deepening of bilateral cooperation and emphasized that joint efforts to strengthen allied relations significantly contribute to sustainable growth, stability, and security throughout Central Asia.

“If we call the treaty a document of historical significance, I think this will not be an exaggeration. This breakthrough document opens up new horizons for us and fully reflects the mutual desire of the two countries for rapprochement,” Tokayev said.

An agreement on the demarcation of the Kazakh-Uzbek state border, which Tokayev called historic, “completes the international legal registration of the state border of Kazakhstan on its southern borders.” 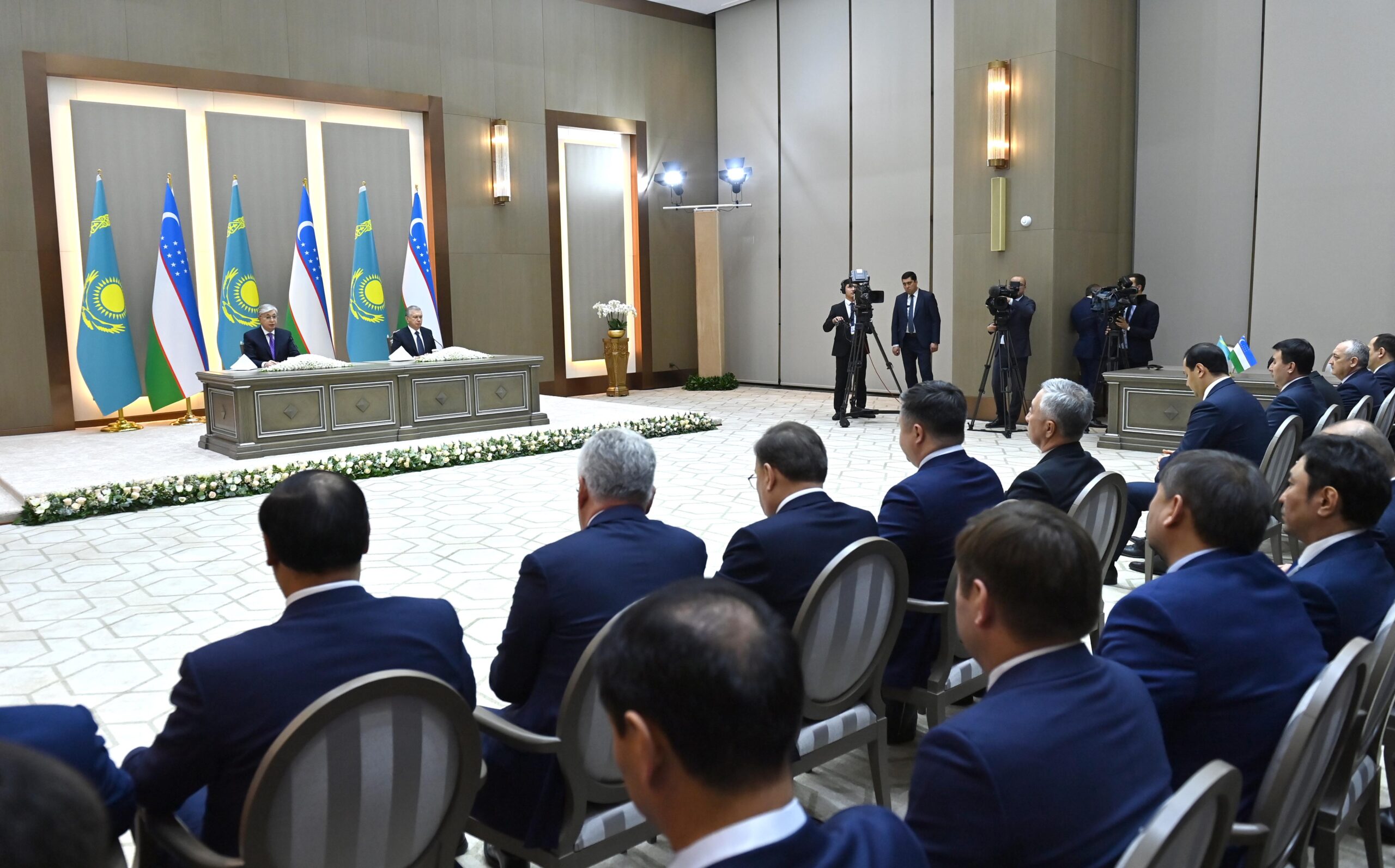 “Thanks to the active political dialogue and coordinated work of the governments, Kazakh-Uzbek relations are constantly going up and demonstrate unprecedented dynamics in all directions. We have just signed a historic agreement with distinguished Shavkat Mirziyoyev that, to my deep conviction, will go down in the history of cooperation and brotherly relations between our states. The agreement on allied relations between Kazakhstan and Uzbekistan embodies the mutual desire of our peoples for further rapprochement and meets their fundamental interests,” said Tokayev at a joint press briefing following their talks.

Tokayev’s visit saw the signing of 15 documents, including the agreement between KazMunayGas National Company and Uzbekneftegaz, an agreement on the construction of mineral fertilizers production facilities in Uzbekistan between Kazphosphate, Uzkimyosanoat and Fertilizers company, agreement to create the International Center for Industrial Cooperation and an agreement between the Kazakh and Uzbek governments on cooperation in environmental protection, among others.

In turn, Uzbekistan will implement projects to produce mineral fertilizers in the Navoiy Region, constructing a logistics center in the Tashkent Region, and housing and commercial infrastructure in Tashkent. 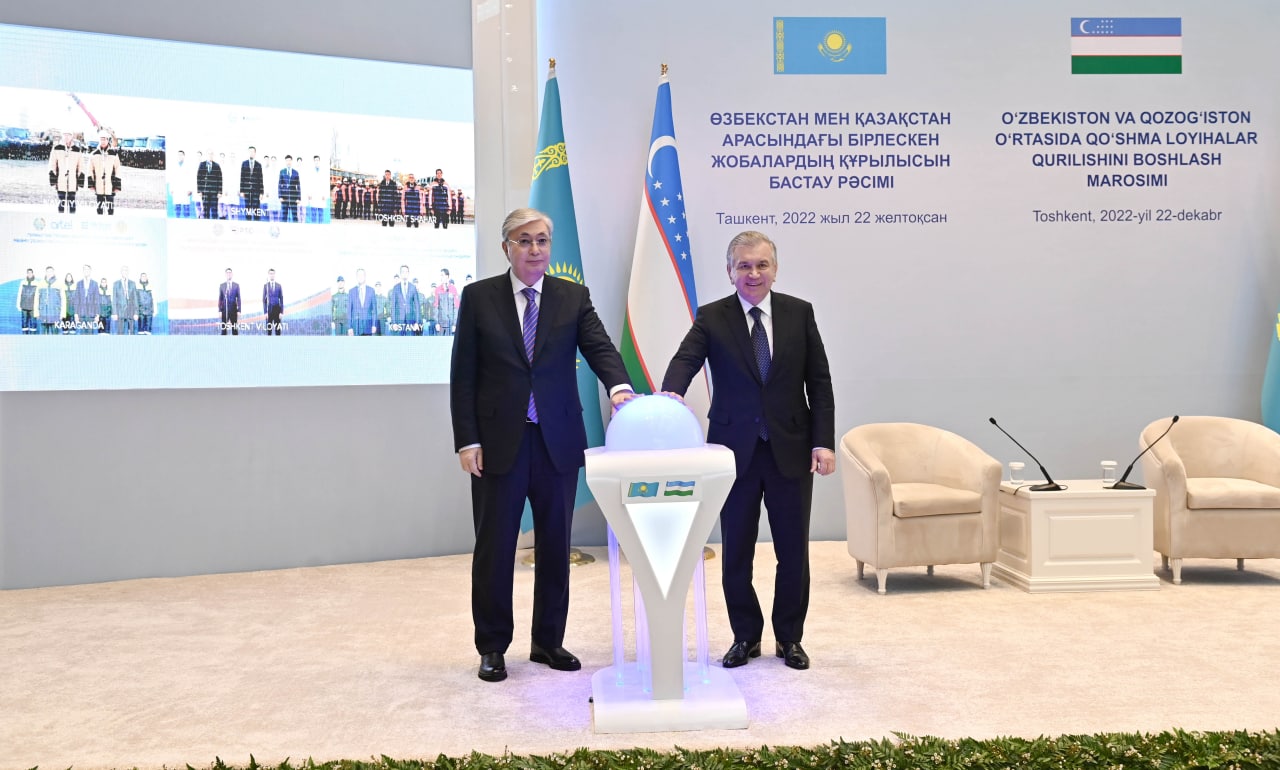 Tokayev and Mirziyoyev took part in the ceremony of the launching of joint construction facilities. Photo credit: Akorda press service

“Today with the President of Uzbekistan we have launched a number of major joint projects that will further strengthen industrial cooperation. In addition, yesterday, mutually beneficial commercial contracts worth over US$2.5 billion were signed as part of an inter-regional business forum. In total, investment agreements and bilateral documents worth over $8 billion have been signed as a result of the visit. I believe this is a good result of this visit,” said Tokayev at the press briefing.

Kazakhstan and Uzbekistan will also cooperate in the development of trade and transport corridors in the region. The two leaders agreed to complete the construction of the Darbaza – Maktaaral railroad with subsequent access to the Syrdarya station. 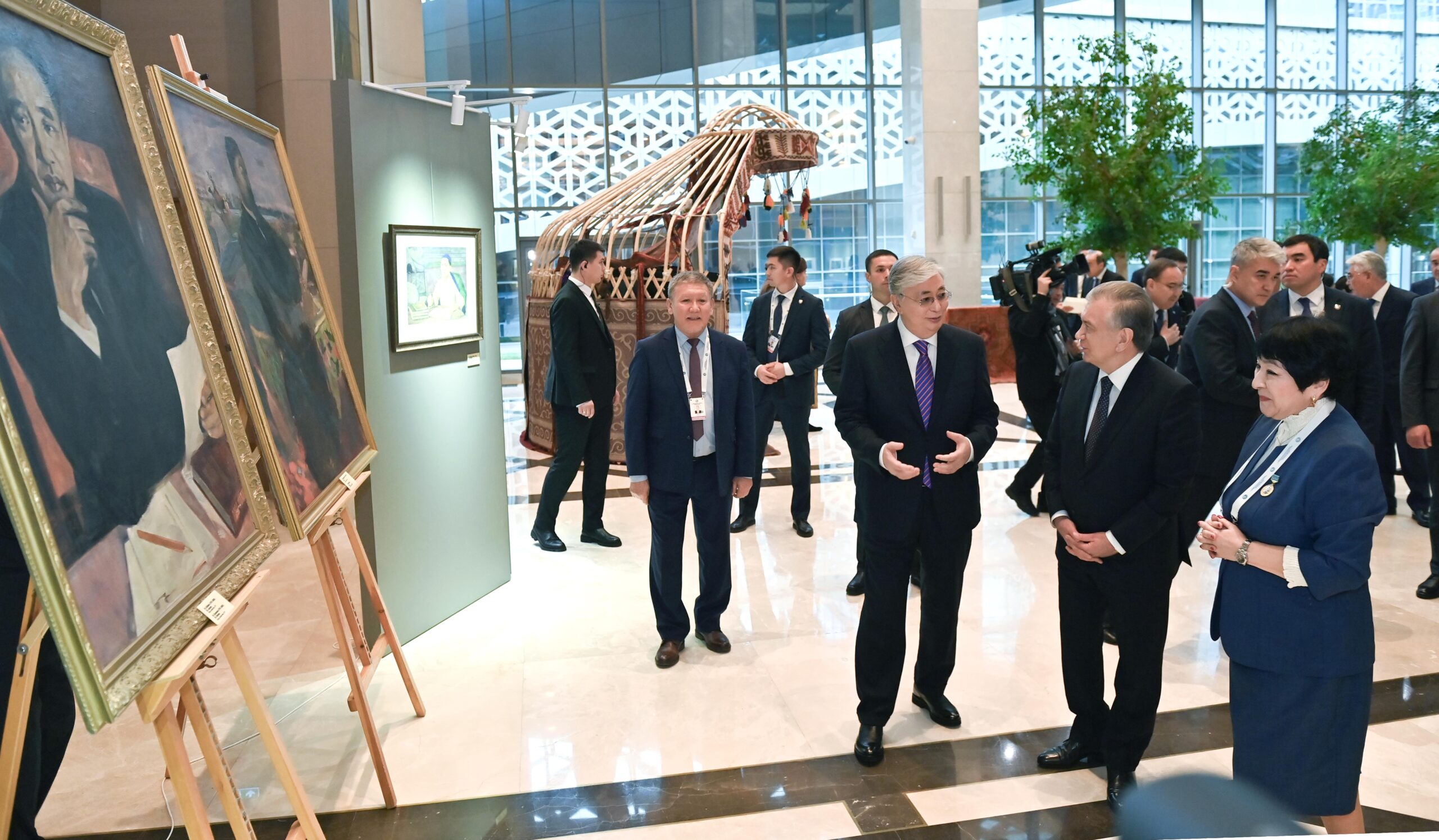 “Kazakhstan’s companies are ready to participate in the construction of various transport communications, as well as to supply the necessary materials. We have agreed to jointly develop the Trans-Caspian international transport route,” said Tokayev.

The two leaders also agreed to establish the Supreme Interstate Council and the Interparliamentary Council to strengthen the political platform for bilateral cooperation.

“The state visit of the Kazakh President once again confirms how strong our centuries-old ties of friendship, good neighborliness, and mutual support are. Our countries have deep common roots. The history and destinies of our people are closely intertwined. Together we solve pressing issues,” Mirziyoyev said.