By Aidana Yergaliyeva in International on 11 August 2020

NUR-SULTAN – Kazakh talents have been in the spotlight recently on popular U.S. televised talent shows in the last couple of years. Talent Recap, an independent talent show reviewer wrote a piece on how Kazakh stars took “America by Storm.” 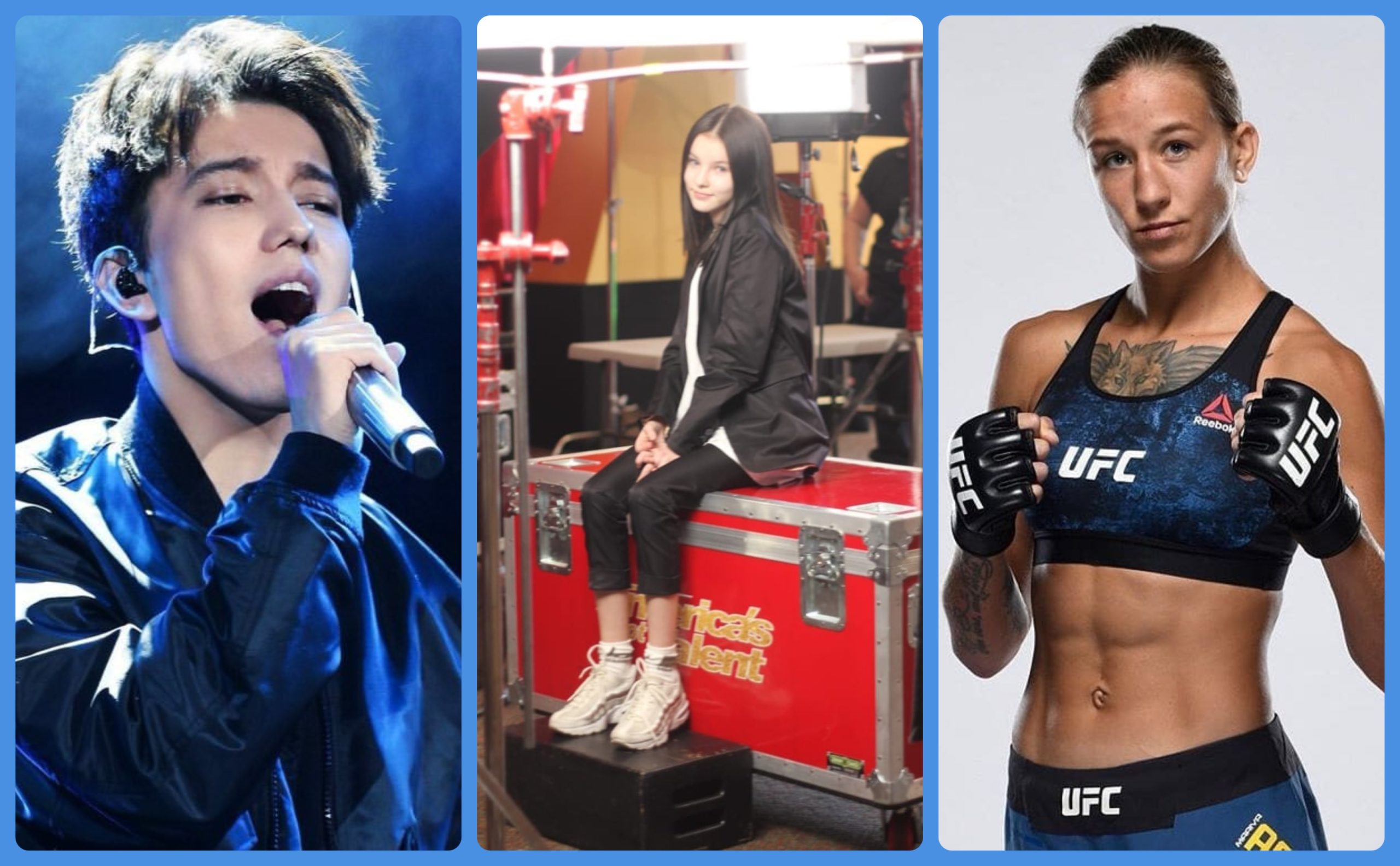 Talent Recap website provides analyzes of shows such as America’s Got Talent, The Voice, The World’s Best, and The X Factor. The reviewer has several millions of followers on its social media platforms.

In the story, Talent Recap featured Kazakh singers Dimash Kudaibergen and Danelya Tuleshova, as well as first Kazakh Ultimate Fighting Championship’s (UFC) female fighter Mariya Agapova. The names of Kudaibergen and Tuleshova usually go viral when mentioned in an article and Kazakhstan is particularly proud of Agapova who basically paved the way for Kazakh female fighters at the UFC.

Kudaibergen, 26, first stepped on an American stage at The World’s Best in March 2019. In the same year, the singer also had a sold-out solo concert in New York as part of his Arnau tour. The Barclays Centre arena with a 19,000-seat capacity was tightly packed.

“Dimash’s amazing range has earned him the nickname ‘The Six-Octave Man.’ Although he did well on The World’s Best, Dimash ended up quitting the competition, saying he didn’t want to compete against children,” Talent Recap said.

The singer continued to conquer the American music industry. His songs have had air time since May 28 on the American KMRD-LP.FM radio program. Kudaibergen signed on with the American IPZ talent promotion agency in June to begin promoting him to U.S. audiences.

Tuleshova, 13, also started to gain popularity in 2017 after winning The Voice Kids in Ukraine. Her audition with “Stone Cold” by Demi Lovato quickly went viral. Many people, thus, remembered her from the show when she appeared on Season 15 of America’s Got Talent.

“Daneliya Tuleshova sings her heart out on ‘AGT,’” said the independent review. “She wowed the judges with her performance of ‘Tears of Gold’ by Faouzia in her audition. Howie Mandel called her a ‘beautiful butterfly,’ and Simon Cowell said she was ‘very cool.’ Daneliya recently advanced to the live shows without even having to perform in the Judge Cuts.”

Tuleshova also participated in The World’s Best alongside Kudaibergen and made her way to the top eight.

Agapova, 23, debuted with a win over UFC veteran Hannah Cifers earlier in June. She also received a $50,000 “Performance of the Night” bonus. According to Talent Recap, Agapova’s manager Alex Davis called the fight “life-changing.”

Agapova is the first Kazakh fighter to win at the amateur MMA World Championship and at the World League Heroines competition in China. She began her professional career in 2015. Agapova participated in the World Fighting Championship Akhmat Fights, Russian Fight Nights Club and Brave Combat Federation tournaments, meeting fighters such as Yulia Kutsenko, Darya Kutuzova and Yulia Litvintseva in the ring.

Agapova will again be showered with attention by UFC fans on Aug. 22 against Shana Dobson.

The gifted artists put their names on the map, and made Kazakhstan more recognizable as a country for the audiences in the United States and the rest of the world. It seems to be only a matter of time before Kazakh artists begin to have similar success as the K-Pop industry, a soft power influence that brings the Korean economy billions of dollars annually.