By Aidana Yergaliyeva in Society on 17 June 2020

Mariya Agapova, 23, consolidated her name as the first Kazakh woman in the Ultimate Fighting Championship (UFC) and entered history on June 13. Agapova won her debut fight against American UFC veteran Hannah Cifers in the women’s flyweight division at the UFC tournament in Las Vegas, reported sports.kz. 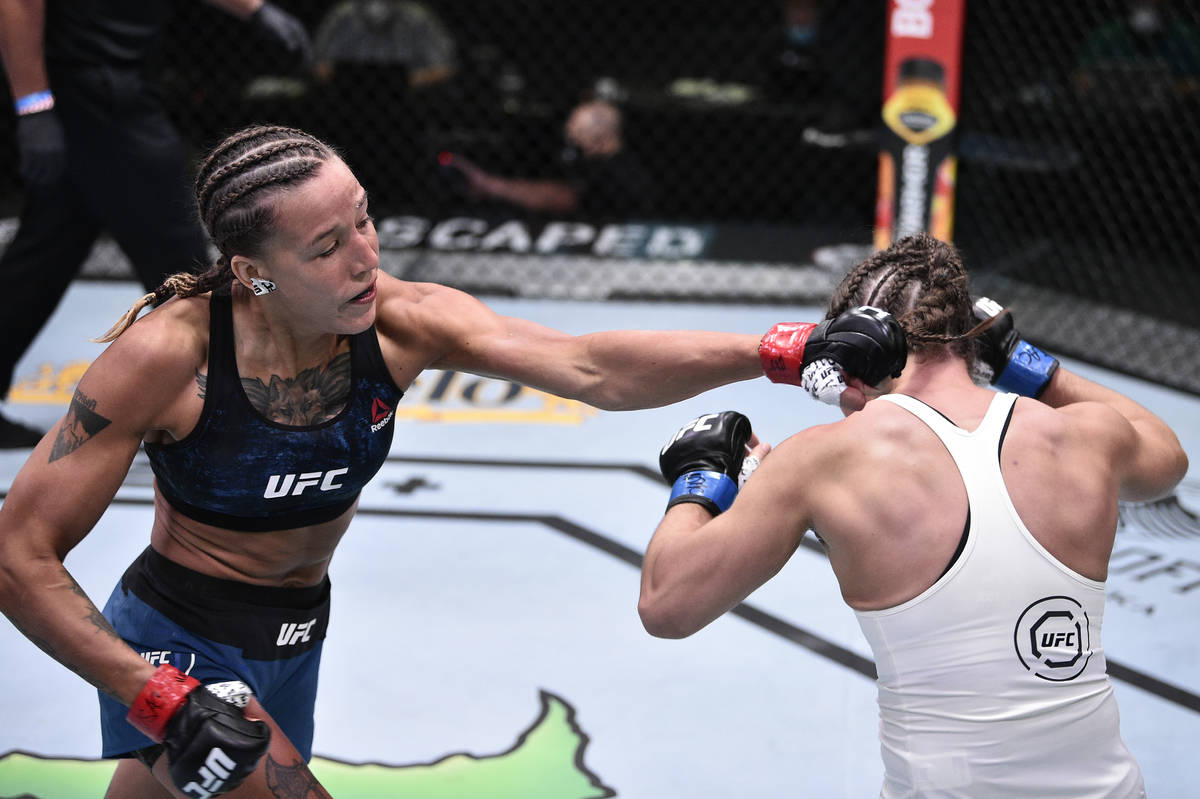 In 2 minutes and 42 seconds of the first round, Agapova defeated Cifers via submission (rear naked choke). This fight night brought her $50,000 in performance bonus.

“Agapova’s display showcased her sharp striking skills and also the threat from her tall, spidery frame which will make her a tough customer for many to deal with in the flyweight ranks,” reported RT. “It also made a mark on social media, with the Kazakh being hailed for her ‘insanely impressive’ performance – and was instantly branded a ‘killer.’”

Initially, Agapova was preparing for a fight against Brazilian UFC fighter Melissa Gatto, who was forced to withdraw from the fight night because of visa issues. Cifers had to replace Gatto on short notice.

This is Agapova’s ninth victory in her professional career and her first win in the UFC. The fighter only lost once, during Dana White’s Contender Series, which is a mixed-martial art (MMA) promotion show for fighters, in Las Vegas in 2019.

“It was a great honor for me to return to Las Vegas again and take my first fight there in the UFC. Since I lost my fight at the Dana White Contenders last year in Vegas, I have decided to not return to Kazakhstan, and have been training instead all year. Today I took my dream back,” Agapova said in an instagram post.

Agapova is the first Kazakh fighter to win at the amateur MMA World Championship and at the World League Heroines competition in China. She began her professional career in 2015. Agapova participated in the World Fighting Championship Akhmat Fights (WFCA), Russian Fight Nights Club (FNG) and Brave Combat Federation (BCF) tournaments, meeting fighters such as Yulia Kutsenko, Darya Kutuzova and Yulia Litvintseva in the ring.