By Aidana Yergaliyeva in Society on 15 June 2020

Kazakh singer Danelia Tuleshova, only 13, appeared on the June 10th episode of the 15th season of America’s Got Talent – a famous Hollywood televised talent show. Her audition video hit over 1.7 million views in a day making it the fourth trending video on YouTube in all of Kazakhstan. 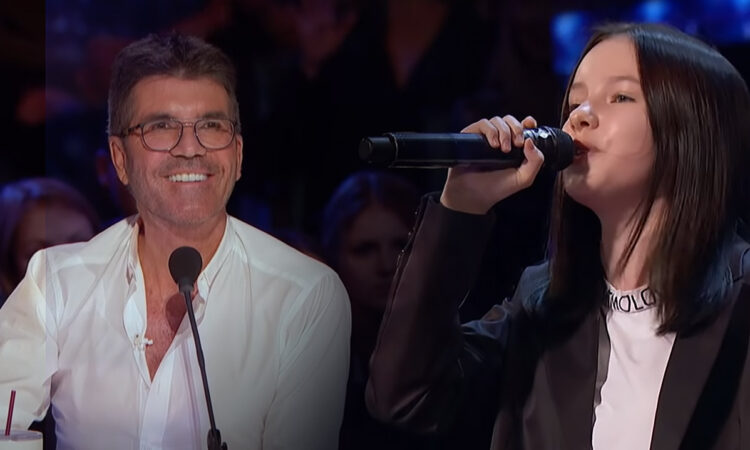 “This 13 year powerhouse flew all the way from Kazakhstan to give this amazing performance of ‘Tears of Gold’ on America’s Got Talent!!! I had goosebumps the entire performance. She killed it. Absolutely amazing!” Faouzia gushed.

Tuleshova’s performance was followed by a standing ovation. The jury members unanimously approved her to move on to the next round.

“I thought it was breathtaking. It was surprising. You look so delicate and tiny up there and then suddenly it was like you were possessed. I can’t wait to see you sing again,” said Sofia Vergara, one of the judges and a famous American-Colombian actress.

“There are very interesting things happening in the music business at the moment with people your age – it is kind of your time,” said AGT’s creator and top judge Simon Cowell.

A stage with a big crowd is not new for Tuleshova. Many remember her from the World’s Best talent competition show in 2019 hosted by English actor, comedian James Corden. Tuleshova’s first breakthrough was in 2017 when she won the fourth season of Ukrainian the Voice Kids.

“I really want to be an American pop star, like Beyonce, but I need to work very hard to be like her,” Tuleshova said in her AGT interview.

Tuleshova’s fan base likes to point out her humble and sweet personality despite the big success she’s already had at her age. While Tuleshova obviously won many hearts with her voice, she will also have a chance to win AGT’s top prize of one million dollars as the contest continues!