By Staff Report in Conference on Interaction and Confidence Building Measures in Asia, International on 22 September 2022

ASTANA – The upcoming sixth Conference on Interaction and Confidence Building Measures in Asia (CICA) Summit on Oct. 12-13 in Astana will transform CICA into a full-fledged international organization, said Kazakh Deputy Prime Minister and Minister of Foreign Affairs Mukhtar Tileuberdi during a Sept. 21 informal meeting of the CICA member states’ foreign ministers on the sidelines of the 77th session of the United Nations General Assembly in New York, reported the ministry’s press service on Sept. 22. 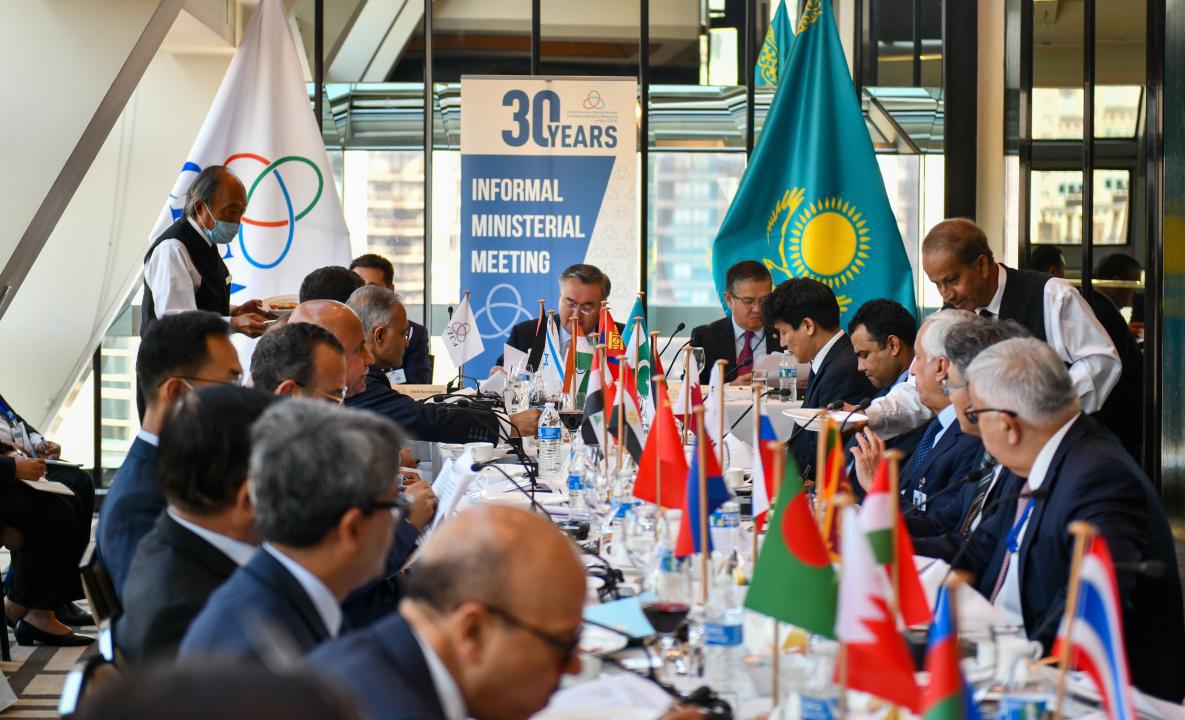 An informal meeting of the CICA and the CSTO Council of Foreign Ministers was held on Sept. 21 in New York. Photo credit: Foreign Ministry’s press service

The meeting participants focused on the drafts of the summit’s final document, regulations on the CICA Fund, CICA leaders’ statement on cooperation in the security of the use of information and communication technologies, and the CICA action plan for the implementation of the United Nations Global Counter-Terrorism Strategy.

The officials agreed to continue work to hold and provide meaningful content for the upcoming summit.