By Aibarshyn Akhmetkali in Conference on Interaction and Confidence Building Measures in Asia, International on 8 September 2022

NUR-SULTAN – As the sixth Conference on Interaction and Confidence Building Measures in Asia (CICA) Summit draws near, Kairat Sarybay, executive director of CICA shared the details on the preparation for the summit and the results of Kazakhstan’s chairpersonship of CICA from 2020 to 2022 during his meeting with President Kassym-Jomart Tokayev on Sept. 7, reported the Akorda press service. 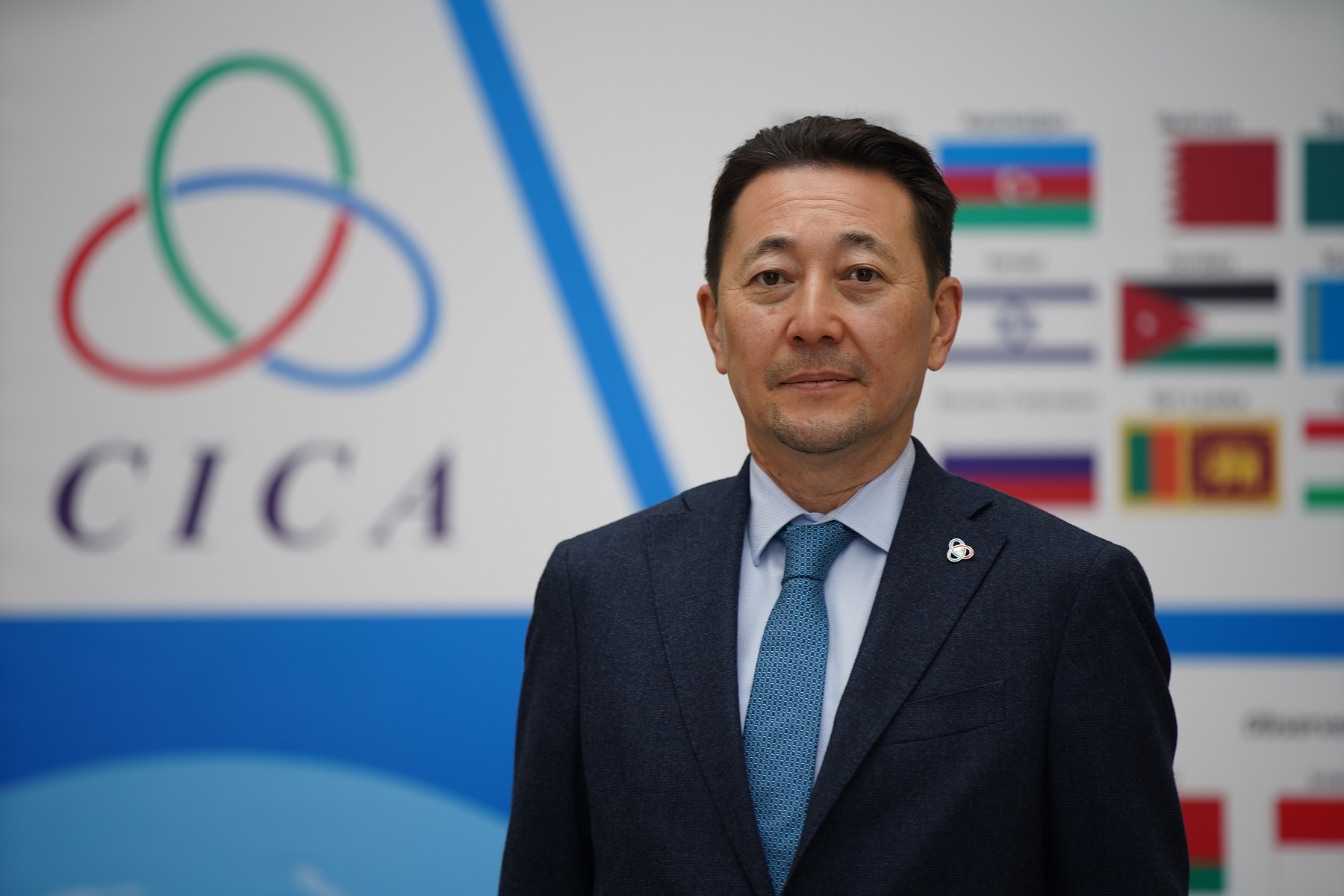 In an exclusive interview with The Astana Times, Sarybay spoke about major milestones over the 30 years since the establishment of CICA, the importance of CICA for the cause of international security and cooperation, major achievements during Kazakhstan’s chairpersonship and the plans ahead of the sixth CICA Summit in October 2022.

Back in 1992, during the 47th session of the United Nations General Assembly, the First President of Kazakhstan Nursultan Nazarbayev announced an initiative to create a mechanism for interaction and cooperation to promote peace, security, stability and prosperity in Asia in light of the emergence of newly independent states in Central Asia and Eurasia. This served as a foundation for the establishment of CICA, which will celebrate its 30th anniversary on Oct. 5, 2022.

“Before becoming such a recognizable and reputable forum, the conference went through several stages of its institutional evolution,” said Sarybay, outlining major milestones in the history of the conference over the last 30 years.

One of the first important milestones in the institutional transformation was the adoption of the foundational documents of CICA – the Declaration on the Principles Guiding Relations of 1999 and the Almaty Act of 2002.

“These two documents explicitly declared the determination of the CICA member states to create a common and indivisible security area in Asia and commitment to take necessary steps towards institutional development of CICA,” said Sarybay.

Approval of the CICA catalog of Confidence Building Measures (CBMs) in 2004 and the establishment of the CICA secretariat in 2006 were also important stages that formed the basis for the operational activities of CICA.

According to Sarybay, the successful institutional development of CICA would not have been possible without the valuable contribution of its rotating chairpersonships, held consecutively by Kazakhstan, Türkiye, China and Tajikistan, which were “driving forces behind the CICA process.”

Kazakhstan’s latest chairmanship in 2020-2022 was recognized as a period where several important milestones were reached.

“At Kazakhstan’s initiative two new institutions of CICA have been created in 2021 – the renewed and institutionalized CICA Think Tank Forum (TTF) and CICA Council of Eminent Persons (CEP),” said Sarybay.

CEP is meant to become a high-level advisory body of CICA on interaction and development, on the promotion of peace and security and on the implementation of CBMs.

The TTF has been transformed into a permanent platform for dialogue with the objective to provide informational and analytical support to CICA and to develop interaction between the member states’ think tanks and research institutions. The TTF is currently chaired by the Shanghai Institutes for International Studies.

Another major accomplishment of CICA during Kazakhstan’s chairmanship was updating the CICA catalog of CBMs in 2021, which is the key document of CICA for practical implementation and the adoption of the general guidelines for conducting events related to CBM implementation.

Sarybay said that the updated catalog has been adapted to new realities which include 18 priority areas within five dimensions of interaction. New priority areas of cooperation include epidemiological safety, public health and pharmaceuticals, security of and in the use of information, and communication technologies.

The transformation of CICA into a full-fledged international organization was declared the strategic goal of Kazakhstan. “Systematic work was done by the chairmanship and the secretariat in the development of the concept of transformation on the basis of broad consultations with all member states,” said Sarybay.

The proposal to upgrade the conference from a forum into a full-fledged organization was put forward by First President Nazarbayev in 2012. Since then, the concept of transformation was discussed and broadly supported by CICA member states, according to Sarybay.

He said that preconditions for such transformation are all in place. “CICA has evolved into a mature multilateral platform and has all the essential features of an international organization such as foundational documents, decision making, working and advisory bodies, operational budget, and a permanent secretariat. Therefore, functionally, and institutionally, CICA has already been working as an organization,” he said.

Talking about the main added value of CICA in terms of its contribution to international security and cooperation, Sarybay stressed that “threats and challenges to security do not recognize borders, whether this is about terrorism, poverty, pandemic or natural disasters.”

“Such a comprehensive approach to security determines the unique feature of CICA – its broad agenda and holistic approach to promoting peace, security, stability and prosperity in Asia,” he added.

According to Sarybay, the main added value of CICA is “its consensus-based multilateral approach to security, broad geography with the potential to cover the entire Asian continent, comprehensive agenda, and rich toolkit.”

“All these make CICA stand out among other international and regional organizations and enable it to contribute to global and regional security in its own unique way,” he added.

Sarybay also spoke about the preparatory work for the upcoming Sixth CICA Summit which is planned to be held in October in Nur-Sultan.

“Apart from organizational aspects, a series of the special working group and senior officials committee meetings will be held to finalize the outcome summit documents,” said Sarybay. Launching the process of transformation of CICA into an organization is a key issue on the agenda of the summit.

“The current geopolitical situation in the world clearly demonstrates the relevance of the principles of multilateralism, and therefore, the need for further strengthening institutional formats of regional cooperation, such as CICA,” he added.

He also added that he hoped that the process for the transformation of CICA into an organization would be launched at the upcoming summit and would “contribute to strengthening the global role of Asia and the transition to a new level of cooperation among the member states.”