Faithful Few: How Religious Minority Communities of Jews and Protestants Live and Practice Their Religion in Kazakhstan

By Aibarshyn Akhmetkali in Congress of Leaders of World and Traditional Religions, Society on 12 September 2022

Editor’s Note: In the run-up to the seventh Congress of Leaders of the World and Traditional Religions to be held on Sept. 14-15 in Nur-Sultan, The Astana Times has started a series of articles on the diversity of spiritual life in Kazakhstan. The first three articles focused on Kazakhstan’s Muslim, Orthodox Christian, and Catholic communities. This week we profile representatives of minority religions in Kazakhstan – Jews, and Protestants.

NUR-SULTAN – Kazakhstan being home to around 130 ethnic groups and 18 religious confessions has a longstanding history of multiculturalism and religious tolerance guaranteed by the Constitution. Many religious communities, including Orthodox Christians, Jews, and Catholics, found their new home in Kazakhstan, which at first was the land of exile for them. Other religious communities formed during the period of independent Kazakhstan, like van-Buddhists and some branches of the Protestant church. 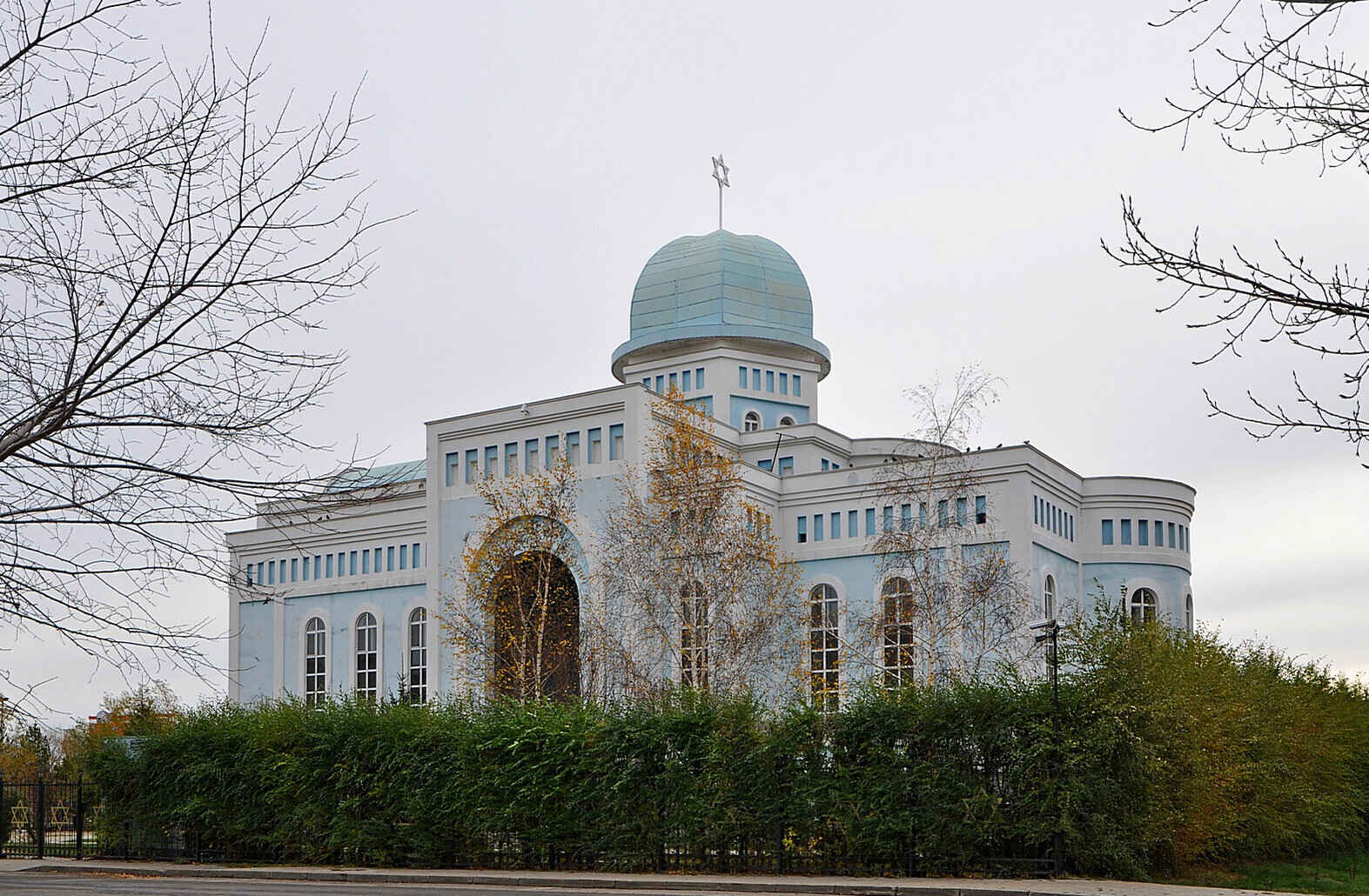 On the first day of spring, March 1, Kazakhstan celebrates Gratitude Day to embrace the ethnic and cultural diversity of people living in Kazakhstan and to commemorate the hard times of war and repressions, when the people of Kazakhstan shared the last pieces of bread for the common good.

The Astana Times spoke with representatives of Jewish and Protestant communities who are comparatively small in numbers in a predominantly Muslim and Orthodox Christian population but nevertheless represent an important part of multicultural Kazakhstan.

The Jewish community in Kazakhstan

Jewish demographics always shift, said Chief Rabbi of Nur-Sultan Shmuel Karnauch, and for different reasons, one of them is that for many years Jews had to conceal their descent. The Soviet Union’s atheist legacy left its mark, and many Jews forgot their traditions and religious customs. 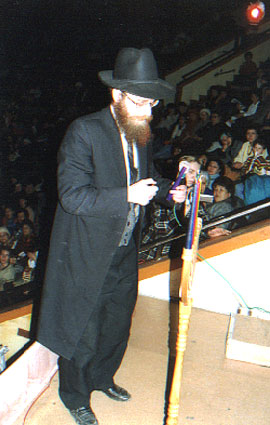 For example, not everybody knows that Jewish ancestry is passed down through the mother, said Karnauch. “Just recently a man approached us interested in our work in the synagogue. When asked whether he was Jewish, he said ‘no, only my mother is,’” said the Chief Rabbi with laughter. “Some Jews do not know they are Jews.”

The number of Jews in Nur-Sultan also changes due to work migration. “There are a lot of newcomers in the capital. Now the Nur-Sultan Jewish community is reviving little by little. Thanks to the fact that it is the capital, there is a lot of life going on here,” he said.

For many Jews in Nur-Sultan, the synagogue is the focal point of their religious life. They gather every Saturday to read excerpts from the Torah – sacred book of Jewish people.

“The Saturday (Sabbath) for Jews is a gift day, which begins on Friday evening. On that day it is forbidden to travel by car, use electricity, or use money. There are religious people who stay with us for the entire Sabbath in the synagogue. We have special guest rooms. Especially because finding kosher food might be somewhat problematic. We have so many prohibitions and kosher food can only be prepared in our synagogue. That is why a lot of people from the community are closely connected to the synagogue, especially the faithful people,” said Rabbi Karnauch.

The Jewish community also gathers during Jewish holidays. “Millions of candles are lit around the world in the windows at homes and in central parts of the cities during Hanukkah,” said Karnauch describing one of the most treasured Jewish festivals that commemorates the rededication of the Temple of Jerusalem. 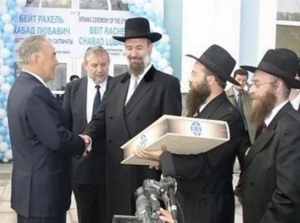 People in the community do not have to be practicing Jews, said Karnauch, because they have their Jewish heritage imbued into their blood. “If you are born a Jew, you remain a Jew all your life, and even if you renounce your faith, you are still a Jew. Everyone has the potential to become a believer one day,” he said.

The Protestant community in Kazakhstan

For Alua, who preferred not to disclose her real name, a young woman who attends a Protestant church, religion is more about faith rather than strict rules and traditions. “I came to God when I was around 16 years old. I heard about Jesus Christ, that he died for my sins, and that he is the Savior and there is no other way. As soon as I heard it, I just accepted it,” said Alua.

Protestantism in Kazakhstan, just as elsewhere in the world, has many branches: Baptist, Lutheran, Methodist, Pentecostal, and Presbyterian churches, among others, are all among the Protestant denominational families.

The first Protestants settled on the territory of Kazakhstan after the territories joined the Russian Empire with the first military settlements. Larger portions of Protestants migrated to Kazakhstan during the Stalinist repressions, and many of them were of German descent. The first congregation of the Lutheran Church was registered in Akmola (current Nur-Sultan) in 1955. 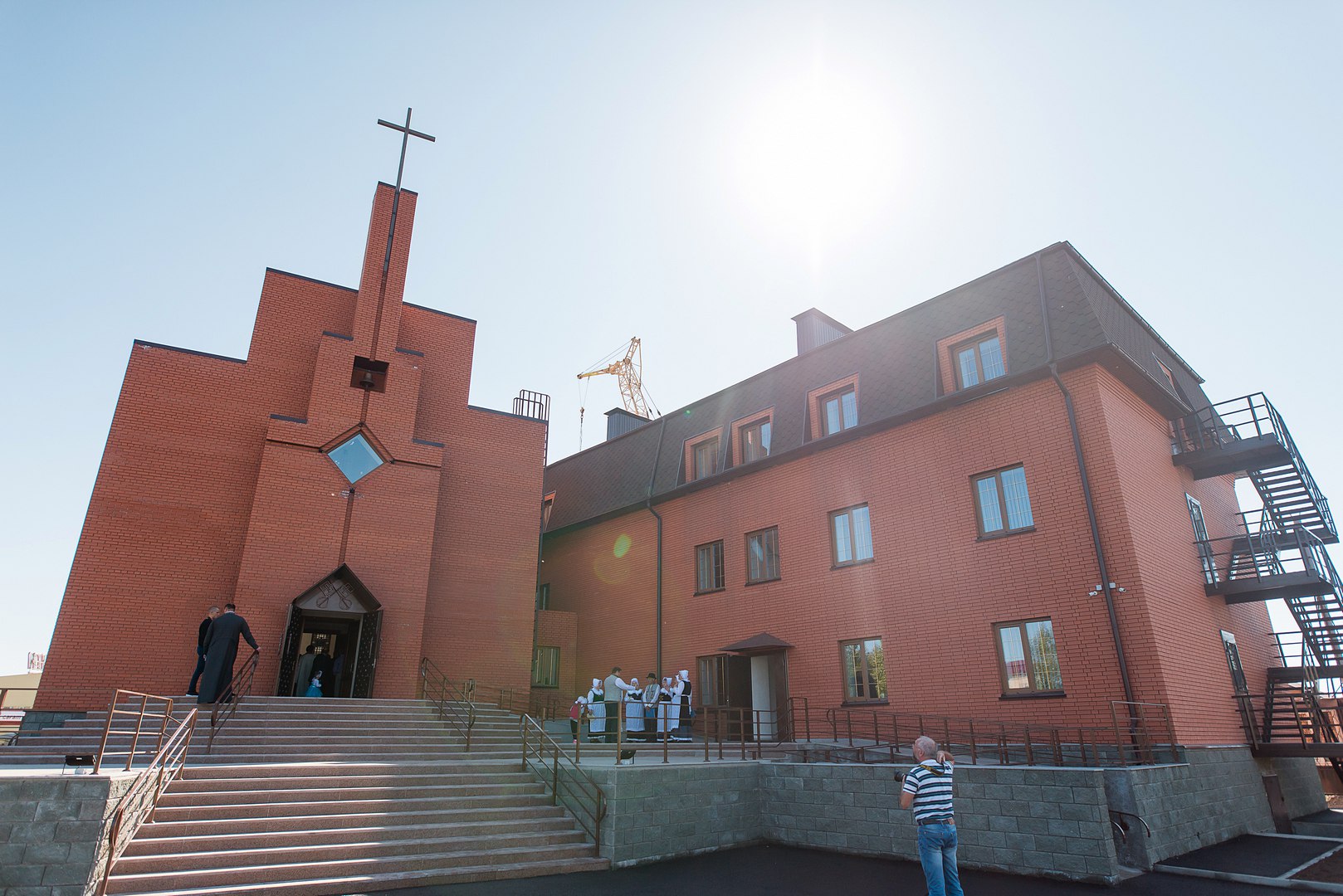 Although initially dominated by Germans and Koreans, the Protestant church favors conversions among other nationalities. Alua shared that she attends a “Kazakh-speaking church.” “As believers, we need to gather together, study the Bible, pray together and praise His name with different hymns and songs,” she said. “As a community, we do follow baptism and communion, which is called ‘the breaking of bread.’”

Describing her everyday life as a believer, Alua said that she “starts her day with a prayer and it is not a written or memorized prayer text.” “It is what comes out from my heart. I also start my day by reading the Bible, but again not because I have to, but because I have this connection with the true God, with the living God,” she said.

“The Bible is the Word of God, and it is like a spiritual bread or spiritual food, which I need to eat every day. So I read the Bible, I meditate on the words, and throughout the day I try to live according to the Word of God,” said Alua.