By Aibarshyn Akhmetkali in Congress of Leaders of World and Traditional Religions, Society on 31 August 2022

Editor’s Note: In the run-up to the seventh Congress of Leaders of the World and Traditional Religions to be held on Sept.14-15 in Nur-Sultan, The Astana Times has started a series of articles on the diversity of spiritual life in Kazakhstan. The first two articles focused on Kazakh Muslim and Orthodox Christian communities. This week we profile Roman Catholics ahead of Pope Francis’s official visit to Nur-Sultan.

NUR-SULTAN – When Pope Francis, the Head of the Catholic Church and spiritual leader of 1.3 billion Roman Catholics worldwide, confirmed his official visit to Nur-Sultan and participation in the seventh Congress of Leaders of World and Traditional Religions on Sept. 14-15, the small Catholic community of Kazakhstan rejoiced as Kazakhstan once again demonstrated its role in promoting peace and inter-religious dialogue. 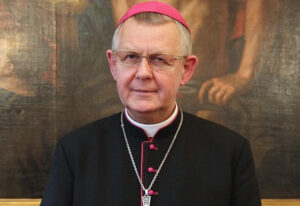 As the Pope’s visit draws near, Tomasz Bernard Peta, Archbishop and Metropolitan of the Archdiocese of Saint Mary in Nur-Sultan, told The Astana Times about the importance of the Pope’s visit and the history of how one of the world’s dominant religions has co-existed for so long in Kazakhstan along with Muslims and Orthodox Christians.

“The Pope’s visit will probably be the brightest and the most important event of the congress,” said Archbishop Peta.

“This will be the second visit of the Pope not only to Kazakhstan but to Central Asia in the entire 2,000 years of history of the Catholic church. That is why many Catholics not only from Kazakhstan but also from the neighboring countries want to greet him during the holy mass.”

This year thousands of pilgrims from Europe, Uzbekistan, Kyrgyzstan, Russia, and Mongolia are to attend the holy mass held by Pope Francis.

Such massive interest in the Pope’s visit might appear unusual because Kazakhstan is not known as a Catholic country, however, the event represents Kazakhstan’s important role in the development of dialogue and cooperation between religions, connecting East and West. 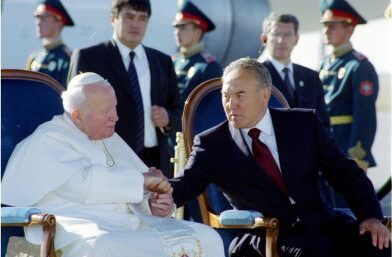 On Sept. 23, 2001, Otan Ana (Motherland) square in Nur-Sultan hosted probably the greatest number of people in its history: an estimated 40,000 people gathered there to attend the holy mass held by Pope John Paul II, then leader of the Roman Catholic church. Capital residents along with delegations from the neighboring cities, representatives of the Catholic church, Orthodox Christianity and Islam attended the mass.

“Twenty-one years ago, 300,000 people lived in the capital and now the population accounts for around 1.2 million. If only 10 percent of residents wanted to participate directly, imagine how many people that is,” said Archbishop Peta emphasizing the extent of the event.

A brief history of Catholics in Kazakhstan

The Catholic doctrine began to spread in Kazakhstan through the effort of missionaries sent from the Vatican. The first evidence of the appearance of Catholic missionaries in present-day Kazakhstan dates back to the 13th century when Franciscan monk John de Plano Carpini was sent as an envoy of Pope Innocent IV to lead a spiritual mission to the Mongol khan – Batu. The journey lasted for more than two years visiting sites like Khorezm, the current Zhetisu Region, Tarbagatai, and Central Mongolia. 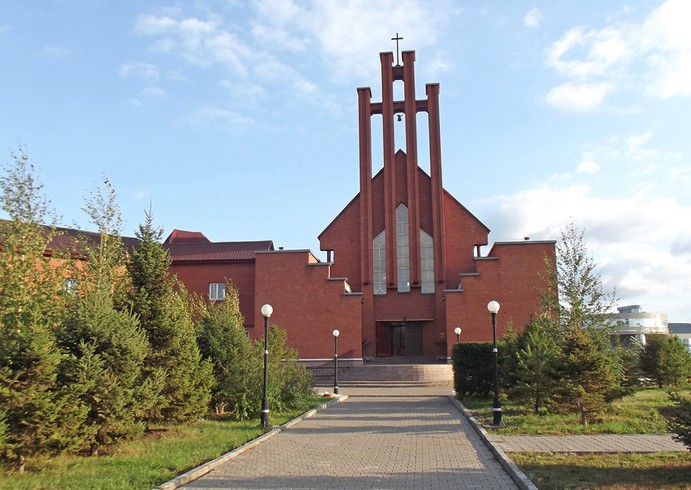 Cathedral of Our Mother of Perpetual Help in Nur-Sultan. Photo credit: catholic-kazakhstan.org

The growth of Catholicism in Kazakhstan can be understood through the 300-year forced mass resettlement of Catholic believers. Many Catholics arrived in Kazakhstan as exiles, prisoners of war, or refugees starting from the late 17th – 18th century, followed by even larger resettlement during two world wars and the Soviet period.

Estimates vary, but by the early 1920s, there were from 75,000 to 101,140 Catholics in the territory of five deaneries that included the parishes of Western and Eastern Siberia, and Central Asia. They were Catholics of Polish, Baltic, and German descent. Around 320,000 Poles and 110,000 Germans, most of whom were of the Catholic faith, were deported to Kazakhstan during World War II.

The Soviet government did not look favorably at the spread of religions, including Catholicism. As a result, several waves of persecution ensued. In 1937 the last Apostolic Vicar of Siberia, Father Anthony Zhukovsky, was shot. After that, there was not a single living Catholic priest left in Kazakhstan.

With independence, Kazakhstan has promoted tolerance and solidarity for ethnic and religious diversity. In 1999, Pope John Paul II established an independent administrative division in Kazakhstan with a diocese directly subordinate to the Vatican, and three Apostolic Administrations in Nur-Sultan, Almaty, and Atyrau.

“Since gaining independence, Kazakhstan gave the opportunity for people to go to their historic homeland, as a result, several million people, including Catholics migrated to their homelands,” said Archbishop Peta.

Today, Catholics in Kazakhstan make up a minority, 1.3 percent, of the predominantly Muslim and Orthodox Christian society, but despite being a few, they hail from a multitude of ethnic and cultural backgrounds.

“In general, the number of Catholics has decreased in the past 20 years since the last visit of the Pope,” said Peta. “But the Catholic church has become more international.”