By Aibarshyn Akhmetkali in Congress of Leaders of World and Traditional Religions, Society on 22 August 2022

Editor’s Note: In the run-up to the seventh Congress of Leaders of the World and Traditional Religions to be held on Sept.14-15 in Nur-Sultan, The Astana Times has started a series of articles on the diversity of spiritual life in Kazakhstan. The first one focused on Islam. This week we profile the second-largest religious group in Kazakhstan – Orthodox Christians.

NUR-SULTAN – Orthodox Christians, one of the largest religious communities in the world, have existed in Kazakhstan for several hundred years over the periods of Islamic dominance, Tsarist Russia, the Soviet period, and the independence that followed. They continue to live in harmony with other religious communities in Kazakhstan that respect the principle of equality of all nations and religions. In the interview with The Astana Times, Archpriest Dmitriy Baidek, ecclesiarch at the Cathedral of the Dormition of the Mother of God, spoke about the history and holy sites of the Christian Community, and the importance of the upcoming Congress of Leaders of World and Traditional Religions. 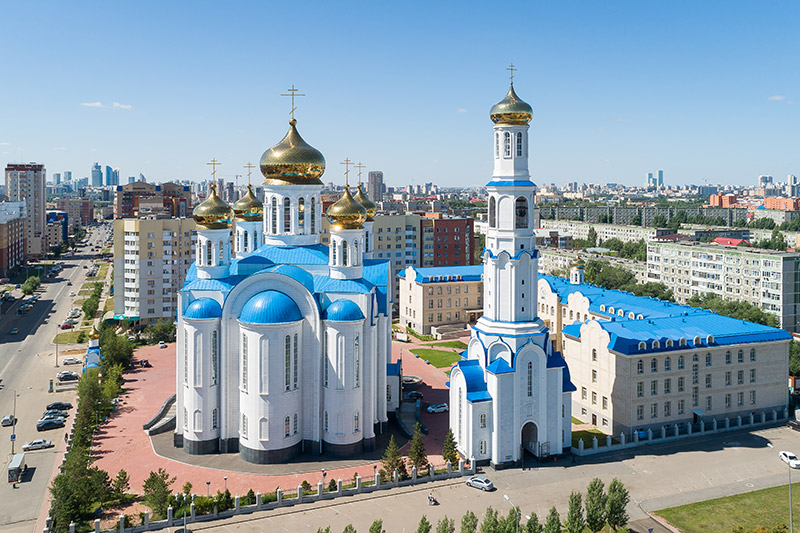 Cathedral of the Dormition of the Mother of God in Nur-Sultan. Photo credit: mitropolia.kz

Kazakhstan is home to some 3,834 religious associations deriving from 18 religions and confessions. Among them, Orthodox Christians are the second-largest religious group in Kazakhstan after Muslims with 345 registered organizations which constitute around nine percent, according to the Committee on Religious Affairs of the Kazakh Ministry of Information and Social Development.

Being secular country, Kazakhstan nevertheless celebrates Orthodox Christmas along with Muslim Kurban Ait (Eid al-Adha) as official days off for all citizens.

Baidek explained that the church has always been open to people. It is “supranational” as Baidek puts it.

Indeed, in the letter of Paul the Apostle to the Colossians he says “here there is no Greek or Jew, circumcised or uncircumcised, barbarian, Scythian, slave, or free, but Christ is all and is in all,” emphasizing the unity and equality of all believers in Christ.

Describing the community of Christians in Kazakhstan, Baidek said that“the vector is shifting away from the exclusively Slavic population to a more diverse population of Christians that includes more ethnicities.”

History of Orthodox Church in Kazakhstan

The rise of Christian communities in the midst of a predominantly Muslim population is associated with the settlement of Russian Cossacks on the southern lands of Kazakhstan that were annexed to the Russian Empire around the 17th century.

On the territory of modern Kazakhstan, Russian Cossacks founded the first fortresses and built the first Orthodox churches along with them. 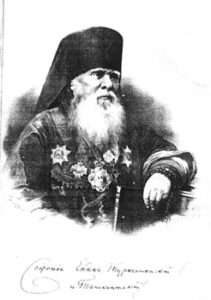 “In his biography there are words that say he was like a young man running around the diocese preaching, doing works of mercy, opening new churches, even though he was already well into his seventies,” said Baidek. “His energy, his temperament was that of a young man. Those were such unique people, and since then Christianity, namely Orthodox Christianity, has been strengthened in those parts of Kazakhstan.”

Although the Orthodox eparchy was established in the 19th century, communities preaching the Holy Trinity have lived in the territory of Kazakhstan for many centuries back.

“There are monuments that indicate that there were settlements that professed Christianity back in the ninth and in the 13th centuries. For the most part, they were communities worshiping Nestorianism, which was rejected by the Orthodox church. Nevertheless, they were the people who revered the Trinity, the Christ, and the Holy Spirit,” said Archpriest Baidek.

The Soviet period was a period of hardship for representatives of all religions in Kazakhstan, said Baidek and the Orthodox Christians were no exception. Many in the Christian world felt humiliated by a colonial system that undermined their beliefs and religion. “Bolsheviks certainly used our land rather barbarically. In the 20s and 30s, the Bolsheviks destroyed many churches,” he said. 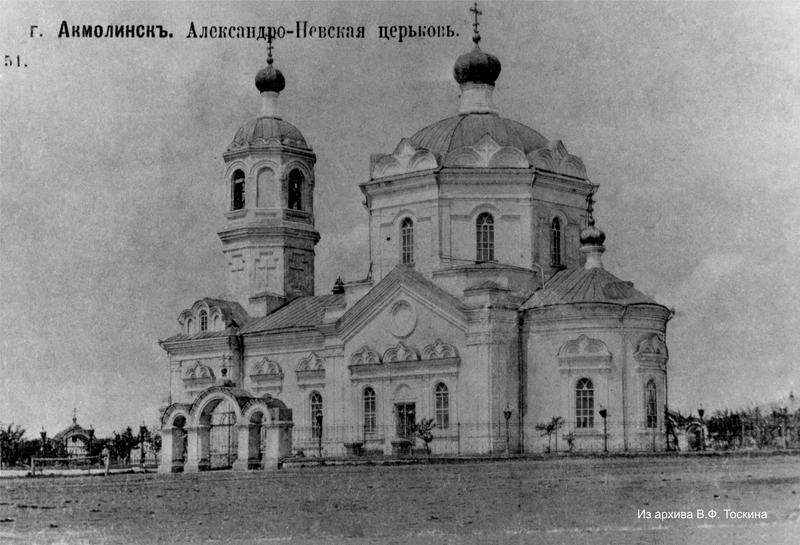 Alexander Nevsky сathedral. It was built in 1891 in the central part of the current Nur-Sultan city between Abay and Bigeldinov streets. In 1930 the cathedral was closed and shortly after the building was pulled down. Photo credit: kazislam.kz

Kazakhstan has also been a place of exile for many people. Karlag, one of the largest labor camps in the Karagandy Region, was full of people who have been at the forefront of some of the great struggles for liberty.

Yet even amid the hardships, there were people who had not lost their faith in a better future. One of them was Sebastian, the elder of Karagandy, who had spent six years in Karlag camp. After he was released in 1939, he decided to stay and selflessly preach Christianity in the region which largely contributed to the formation of a religious community.

Despite the atheist agenda of the Soviet era, many Christians were able to preserve their religious traditions. Upon becoming an independent state, Kazakhstan gave an opportunity for many people to express their religion freely.

“Independence caused the rising interest in religion, intellectual interest. People began to read, think, and pay attention to matters of spirituality. They wanted to answer the questions of ‘why’ and ‘for what.’ This kind of rise at least in Christianity was during the 1990s and in the early 2000s, including among the young population,” said Baidek.

What makes one place holy? According to Baidek, people make a place holy in honor and remembrance of the saints whose blood was shed there.

When, in 1995, Patriarch Alexy II visited the Karagandy Region, he called the land of Kazakhstan “the antimins (a piece of silk or linen cloth for liturgy rite) stretched out under the open sky” referring to the holiness of the whole Kazakh land, where many pastors, monks, and laity have been exiled from all parts of the Soviet Union. Many of them ended their lives in Kazakhstan. 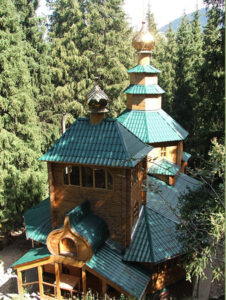 There are many holy sites in East Kazakhstan, Karagandy, and around the Zhetisu Regions. Of particular interest is the Aksai Seraphim-Feognost skit, which is located on the territory of Ile-Alatau national park near Almaty at an altitude of 1,850 meters above sea level.

More than 100 years ago the place was occupied by monks-priests Seraphim Bogoslovsky and Feognost Pivovarov, who renounced a comfortable life to serve God in solitude among the mountains.

But the two saints could not enjoy their peaceful solitude for long, for in 1921, the Red army soldiers came. The monks received them with gratitude, fed them, and gave them tea, however, the soldiers then brutally murdered the monks the next morning.

In 2000, Seraphim and Feognost were consecrated to the list of saints for general church veneration. Many people visit the skit every year to honor the martyrs.

As an Orthodox Church representative, Archpriest Baidek said that Kazakhstan sets a good example for the region by declaring its peacekeeping mission through the seventh Congress of Leaders of World and Traditional Religions that it will host on Sept. 14-15.

“The uniqueness of this congress is that it has been raised to a level where spiritual leaders and leaders of traditional religions are brought together directly by the state, and therefore the dialogue is conducted on a high level. And any dialogue always serves the good,” said Baidek.

“The human mind is built so that we are afraid of what we do not know, what we do not understand. Our fears, our fantasies, are born of ignorance. When we get to know a person better, they cease to be scary to us. They may be interesting, they may not be interesting, but they are not scary,” he added, highlighting the importance of bringing together the representatives of diverse religions.