From Our Editorial Desk to You: The Astana Times is Celebrating its 10th Anniversary and is Thankful For Your Support

Today, November 30, 2020, is behind our windows, and this is the date The Astana Times is celebrating its 10th anniversary. We are thankful to you, our readers for what you have helped us to achieve as a news media outlet.

We also want to share some memorable moments from the past 10 years that have been highlighted in our news feed. 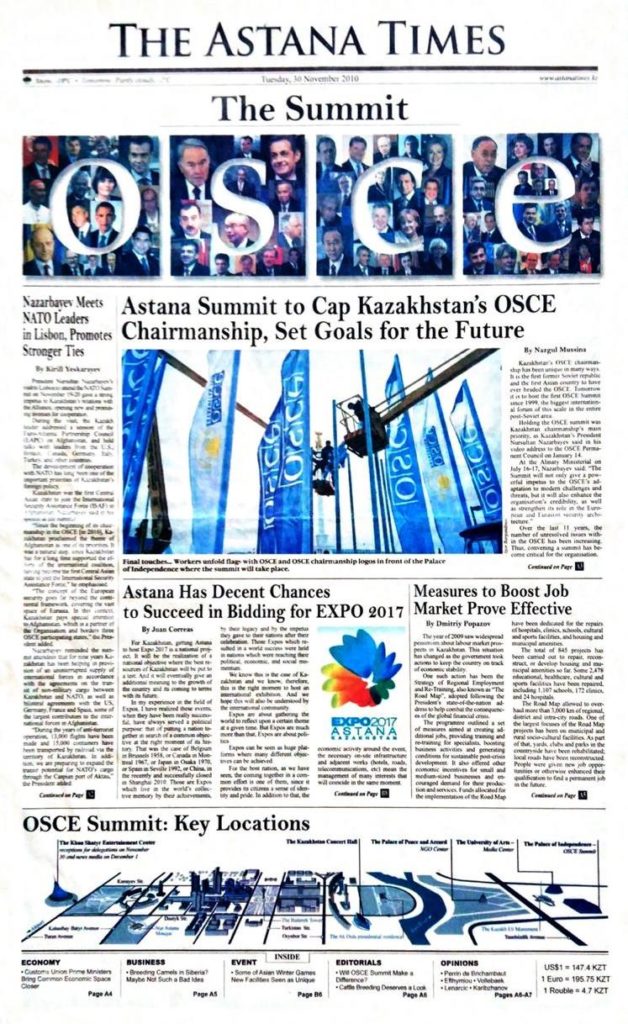 The first print issue of The Astana Times newspaper was released on Nov.30 in 2010.

The world has changed quite dramatically in a decade. Our country as well as other nations have been through a lot and continue to face new challenges going forward. What remains constant is our commitment to delivering trustworthy news content about the important and landmark events in our country and Central Asia to our audience.

It is remarkable that our first reports and articles were published on the eve of the Organization for Security and Cooperation in Europe (OSCE) Summit in the Kazakh capital back in 2010. Since that time, the Astana Times has become the premier English language source of news on Kazakhstan and Central Asia.

Kazakhstan has earned the trust of global society not only as an active participant in the international community, according to the experts. It sets an active example of peaceful cooperation for the whole world and shows a positive model of integration.

In May 2014, the agreement on the establishment of the Eurasian Economic Union was signed in our capital, embodying a long-term initiative of Nursultan Nazarbayev.

Kazakhstan was elected as the first Central Asian non-permanent member of the United Nations Security Council (UNSC) for 2017–2018, as the country’s diplomacy set before it the task of addressing regional and interregional issues at the highest level and bringing pressing items on the global security agenda to the fore, while stressing the importance of nuclear non-proliferation and coordinated counter-terrorism efforts, security and development agenda in Central Asia and Afghanistan.

Kazakhstan remained in the international media spotlight as the country hosted arguably its biggest event so far – EXPO 2017. The three-month-long event of a remarkable scale showcased the country’s global renewable energy achievements. One hundred and fifteen countries and 22 international organizations took part in the exhibition and approximately 3.8 million visits to the venue were registered.

Domestically, as pretty much any other normal country, Kazakhstan has seen its own ups and downs, but overall social and political stability has clearly prevailed as the nation has navigated its own course through global and regional schocks of the decade. In accordance with all constitutional procedures, three presidential and two parliamentary elections were held to help continue the country’s structural reforms, as the latest electoral campaign to fill the seats in the Parliament’s lower chamber Majilis and local assemblies – the Maslikhats – is currently in full swing. 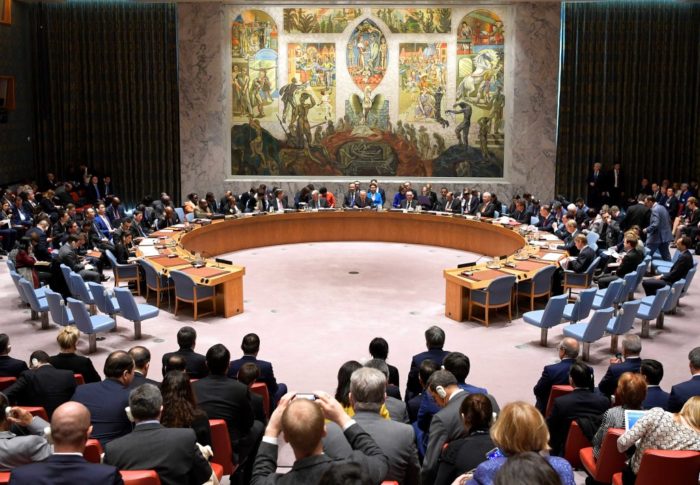 Kazakh President Nursultan Nazarbayev chaired the high-level briefing of the UN Security Council on the non-proliferation of weapons of mass destruction and related confidence-building measures on Jan.18, 2018 in New York.

Historically, in 2019, the country observed its first presidential transition when Kazakhstan’s First President Nazarbayev announced his resignation during a nationally televised statement on March 19. In his memorable address, Nazarbayev said that the future of Kazakhstan must be one of “a country with a strong economy, the best education and health care, where citizens are free and equal, where the power is just and where there is the rule of law.” 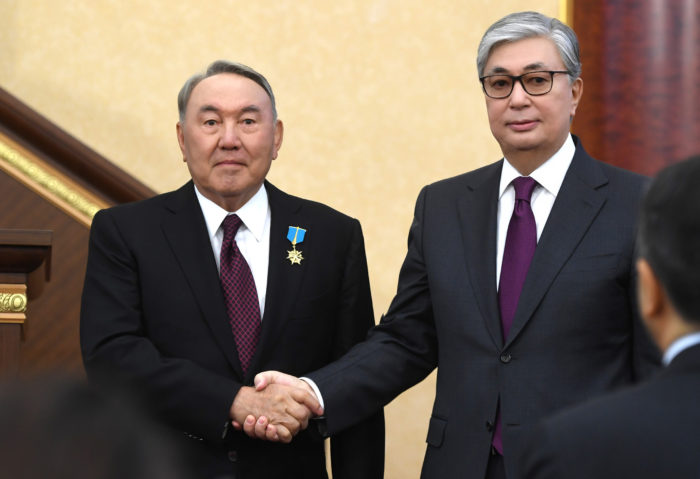 Kazakhstan’s First President Nursultan Nazarbayev received a status of Honorable Senator of the Parliament and the highest merits of the nation Halyk Kaharmany (Hero of the Nation) and Yenbek Eri (Hero of Labour) on March 20, 2019, at the joint meeting of the Houses of Parliament.

On the next day, again fully in line with constitutional provisions, the then-Speaker of the Senate Kassym-Jomart Tokayev was sworn in as new President of Kazakhstan, during a joint session of the chambers of the Kazakh Parliament, declaring on the date his intention to lead the country in the spirit of continuity of policies set up by his predecessor. Less than three months after that, Tokayev won Kazakhstan’s June 9 presidential election with 70.96 percent of the vote.

It is noteworthy the first months of his presidency were focused on implementing updated  approaches and solutions towards strengthening a socially oriented and business friendly government. As a result, the National Council of Public Trust was established to promote the concept of a “Listening State.” It aims to provide recommendations to address the issues that the current administration faces with policies built after vigorous discussion with the civil society.

A two-way dialogue encourages young activists to take actions to achieve a better future. Introduction of a mandatory 30 percent representation minimum for women and youth in election party lists provides additional opportunities for those underpresented groups to take an active role in politics. 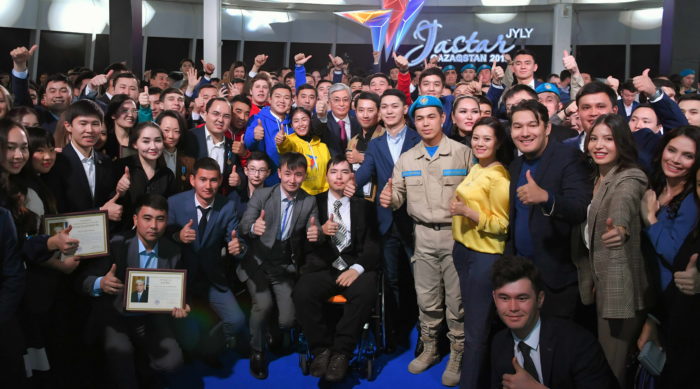 Kazakh President Kassym-Jomart Tokayev urged during a December 10 ceremony marking the end of the Year of Youth and the start of the Year of Volunteer the formation of a new national youth policy to more actively help steer the nation’s young people toward productive activities.

In 2020, Kazakhstan and the global community has been witnessing the most unusual year in the recent history of mankind. The global virus outbreak has had far-reaching consequences for the global economy and markets but also virtually all social processes and realities.

The COVID-19 pandemic showed the unity of the nation and people who worked in the fields of education, healthcare, social protection, and those who have contributed to the fight against it. As Kazakh President Tokayev noted “Biz Birgemiz” (We are together) has become a motto of Kazakh patriotism.

Thanks to our audience, Kazakhstan continues to garner significant media attention internationally. We are grateful for our readers who have stayed with us and helped our reporting spread. We will continue working hard to keep you informed about the latest news in the country, its capital, regions and the region of Central Asia. We are excited to welcome the new decade, which will certainly be fascinating in its own way, together with our loyal readers.