By Zhanna Shayakhmetova in Central Asia on 10 September 2019

NUR-SULTAN – How can a country ensure social integration for national minorities? Why is a state language key for integration? How do digital media help to ease inter-ethnic tensions? 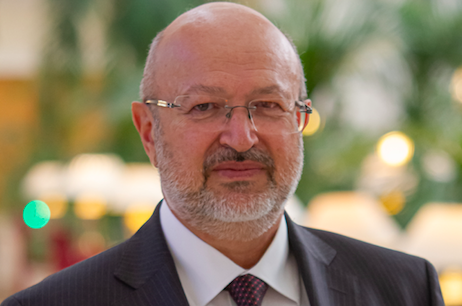 The Astana Times exclusively interviewed Organisation for Security and Co-operation in Europe (OSCE) High Commissioner on National Minorities (HCNM) Lamberto Zannier Sept. 3 to learn more about the organisation’s activities and the importance of integration.

As part of his visit to Kazakhstan, Zannier met with state officials and ministers to outline issues for them to address. He also sat with many ethnic groups to explore the way forward in terms of further engagement.

“Kazakhstan is an active OSCE participating state. During its chairmanship [in 2010] Kazakhstan organised an OSCE summit, which remains the last summit in the organisation. Nobody else managed to organise one after that. It also showed leadership. Some of the conclusions of that summit still resonate strongly in the organisation,” he said.

The idea of creating a common Eurasian security space remains an important objective for the organisation “even though now geopolitics have changed and have become much more of an issue.”

“Dialogue is increasingly difficult in the organisation, but it is more needed than ever. We need to try to find areas of cooperation and to find solutions to problems. The OSCE does remain one of the only fora where you find this space,” he added.

The office of High Commissioner provides recommendations for government bodies and societies regarding common challenges and the best practice to improve inter-ethnic relations.

In many areas, Kazakhstan is at the forefront as a positive model of integration, said Zannier. The nation is a good way to show how to integrate diversity in society.

“I saw it in different contexts, not only at the House of Friendship in Nur-Sultan; I saw it in the Parliament, where I witnessed that there are parliamentary representatives of many ethnic communities,” he added.

HCNM provided its recommendations related to policing in multi-ethnic societies.

“In Kazakhstan, we observe an openness to all ethnic groups and every one of them should be given a chance to emerge in the top positions. We promote equal opportunities for all without discrimination and that will help institutions like police that need to be trusted by the people. It will make it more effective, because then every community will trust that the police represent everybody and not only be seen as representing one ethnic group. There are good examples that Kazakhstan can present to the international community,” he said.

Since 2012, HCNM has been implementing the Central Asia Education Programme to develop bilateral and multilateral cooperation in the field of education.

“In the area of education, authorities in Kazakhstan have invested a lot. There are schools in languages of different ethnic groups, whether it is Uzbek, Tajik, Uighur or Russian. We recommend in all our documents that everybody should learn the state language, as this is a key tool for integration. If minorities or ethnic groups really want to play a role in society, feel that this is their home and they want to become a full part of Kazakhstan’s society, then they also need to invest in learning the language. At the same time, the authorities should continue to ensure that groups also have the opportunity to learn their native language,” he said.

Zannier noted the positive dynamics in the last few years in terms of developing cooperation in Central Asia. Most importantly, the region can boast having ethnically diverse societies.

“When you have the dialogue, you have the beginning of the solution to all the problems. I visited all the Central Asian countries. In some countries, I raised the issue of schools for their ethnic groups and assistance to these schools. For instance, in Uzbekistan I visited the Tajik philology department at Fergana State University. Uzbeks are training teachers to be teachers in Tajik schools in Uzbekistan. It is a very good example of openness or cooperation,” he said.

In February, HCNM released the Tallinn Guidelines on National Minorities and the Media in the Digital Age, a paper outlining policies that may help ease inter-ethnic tensions. Zannier noted digital media platforms are a great tool to communicate more broadly and have a dialogue in society.

“This not only reflects the technological progress, but it also reflects the social progress. The problem we face in some cases is that digital media can be misused for all sorts of reasons and purposes. Sometimes negative elements and tendencies, for instance, hate speech and tendencies to discriminate against certain groups, can emerge in social media and can also create coalitions of people who see things in the same manner. Now, we are all arguing in favour of freedom of expression. Freedom of expression is something that we do defend, but we need to make sure that this freedom of expression is used positively, avoiding situations where everybody is free to insult everybody and try to damage everything,” he added.

The guidelines show how to address the problem in social media. There is a balance between freedom of expression and the need to regulate the use of social media, as it has no boundaries.

Education is the answer. The more people invest in education, the more they will work with the younger generation.

“We invest in making sure that the users of the media have a good cultural level. I think we will see less and less of these problems. I think it’s a good investment in the long term,” he said.

To reach their target audience, the OSCE High Commissioner launched a live #AskHCNM question and answer session in May 2018 on Twitter.

“We have an e-mail address, which is [email protected], and we often get requests of intervention to look into certain issues, especially from minority groups. It’s a good way to show that we’re there and we’re there to listen. This is a bit of a departure from the original method as the office was created with a task of quiet diplomacy. In the beginning, everything happened behind closed doors and nobody knew exactly what the High Commissioner was working on. Times have changed. Some of the things that we still do behind closed doors are some sensitive issues that need to be handled carefully. And we still do that, but we can be vocal and we can also tell people what principles we stand for and try also to promote them with governments and in their societies,” he said.