In this interview, Rapil Zhoshybayev, Kazakhstan’s National EXPO 2017 Commissioner recounted the story of the preparations for the biggest event of the year for Kazakhstan and the world, spoke about what to expect during the exhibition and what future use there will be for its premises once all the pavilions are emptied in September. 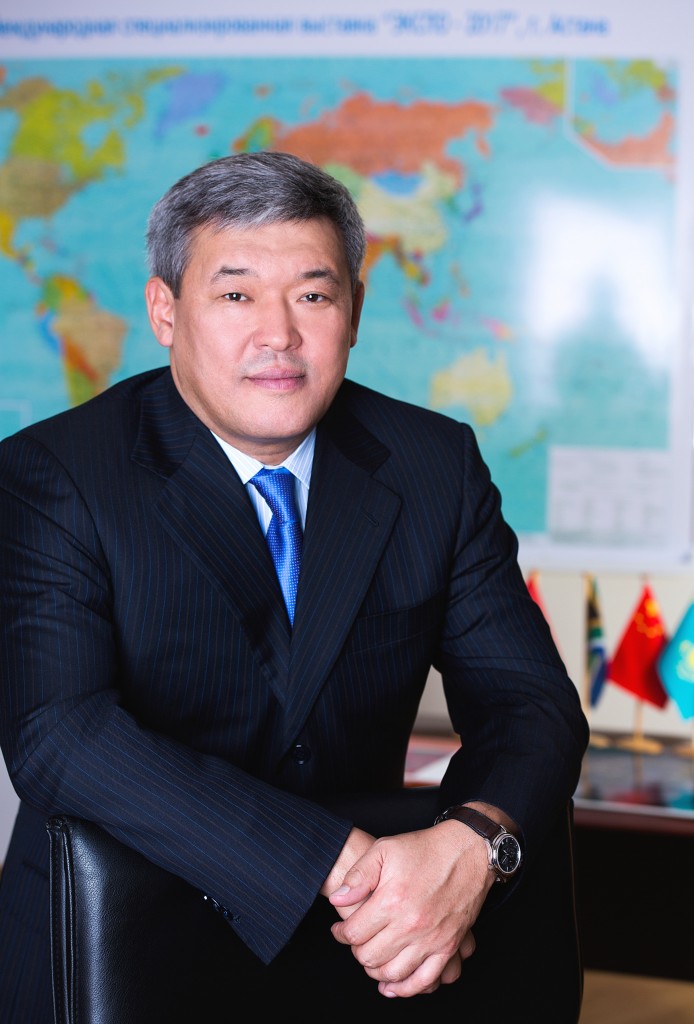 On April 21 at the meeting on preparations for EXPO 2017, the head of state positively evaluated the work done to attract international participants to the exhibition. Please tell us about what you did and what difficulties you faced?

I would like to note that attracting international participants is a difficult process consisting of several stages. First, this includes presenting invitations to international participants on behalf of the head of state and the prime minister of Kazakhstan. After that, we work on attracting them to the exhibition by negotiating at different levels, making presentations and holding meetings. The next stage is obtaining an official note with confirmation of a state’s participation. Once the note is received, we start discussing the terms of participation, the size of pavilions. Participating countries appoint national section commissioners and reserve National Days. The main outcome of such negotiations is signing of the participation contract.

It should be noted the decision to participate in the expo cannot be made at once. This is quite a long and complex process. In accordance with internal procedures in most states, it takes time to approve the budget, assess feasibility, define responsible state agencies, et cetera. These activities have already been completed.

In general, at this stage, we are focused on interacting with national section commissioners and coordinating organisational and protocol matters regarding major international events and high-level visits, as well as content of international pavilions.

What new technologies in green energy are to be showcased at the expo?

The Future Energy theme chosen by the head of state has drawn the attention of the whole international community. During negotiations with the exhibition participants, I see this theme is truly relevant.

In general, during the exhibition we will be able to see projects we could only dream about. EXPO 2017 will serve as the attraction centre for new technologies. This is a wonderful opportunity for our young scientists to introduce their ideas even if they seem to be absurd and unreal. The technological progress is so fast that we do not even notice we are living in a different world. 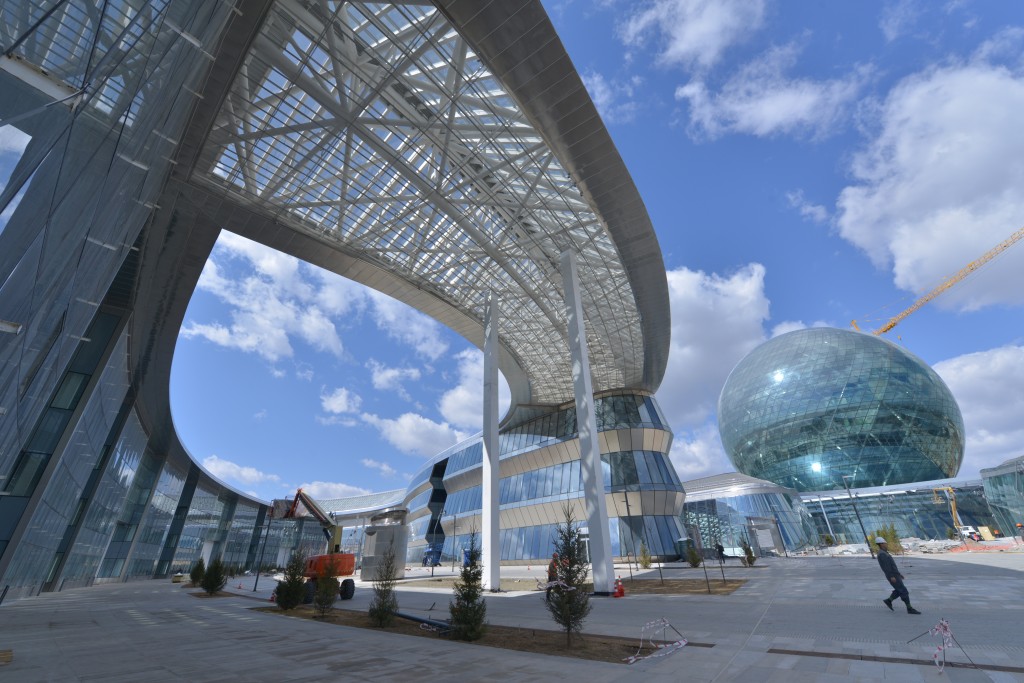 Every participating country tries to develop the theme of the Astana exhibition and is ready to share its experience in renewal energy sources. For example, China will demonstrate the development history of Chinese energy with the help of interactive 3D technologies and show how an “artificial sun” – a model of a fusion reactor created by Chinese scientists – works. Korea will showcase smart grids, fuel cell vehicles and advanced energy saving solutions. The Netherlands will present a holographic show using projection, hologram technologies and sound effects to tell the history of the state and show advanced technologies and innovations. The United Kingdom will exhibit graphene, a material of the future that can dramatically change energy generation and consumption approaches. Germany will display modern electric cars and smart houses that generate more energy than they consume. Switzerland will show energy independent and eco-friendly houses using new technologies. Romania will demonstrate the fastest laser in the world and Thailand will exhibit renewable energy technologies using agricultural waste.

EXPO is not only about new technologies and exhibition pavilions. What international events will be held within the exhibition?

Yes, you are right. A number of major international and cultural events will be held during the exhibition. As you are aware, on June 9, together with the official opening ceremony of EXPO 2017, the summit of Shanghai Cooperation Organisation (SCO) heads of state will be held. So far, we expect visits by the leadership of SCO member states, observers and special guests.

In general, during the 93 days of the exhibition, we expect a large number of delegations and tourists. Within expo it is planned to hold a number of major international conferences with the participation of ministers of energy and tourism. The exhibition’s closing ceremony will coincide with the first Organisation of Islamic Cooperation summit on science and technology with the participation of heads of member states. Every day, participating countries will hold National Days, during which every visitor will have an opportunity to experience their culture, traditions and customs as well as to try national cuisine and beverages. 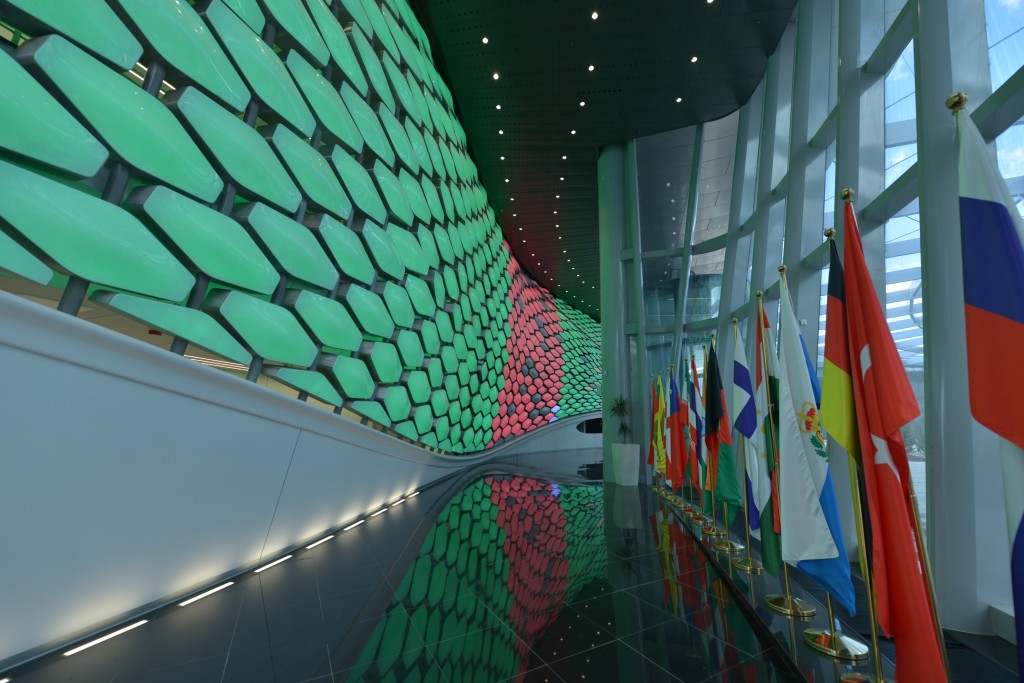 In addition, the Ministry of Culture and Sport, the Akimat (city administration) of Astana and the Astana EXPO 2017 National Company have developed a calendar of cultural and sport events for guests of the city and EXPO 2017. In total, over the three months [of expo], 3,000 different events are planned in Astana. It will be very interesting. That is why I would like to seize this opportunity to invite everybody to EXPO 2017

As we know, you gave a number of lectures on EXPO for Kazakh students in the run-up to the exhibition. How are youth preparing for the exhibition? What questions do they ask?

To attract scientific circles and leading research centres [to EXPO 2017], we visited the US Silicon Valley and Stanford University, graduates of which have founded many start-ups; Bangalore, India’s Silicon Valley and a major industrial technology park of Skolkovo in Moscow; major innovation centres in the [Commonwealth of Independent States]; Australian universities such as Australian National University and Monash University; and leading universities of Singapore, Malaysia and the United Arab Emirates.

Now we continue this practice in our country, visiting universities and scientific centres. I would like to say that the youth shows great interest in the EXPO. Some 4,500 students have been selected as volunteers. They are preparing the exhibition and undergoing special training.

I was impressed by the scientific innovations of students in the sphere of green technologies, many of which will be demonstrated at our pavilion. The Al-Farabi Kazakh National University created a centre of green technologies in the run-up to the exhibition that is used as a platform for implementing projects with renewable energy sources.

During lectures, students ask many different questions, and this is very good. Many of them are interested in the origin of the idea of hosting the exhibition in Astana and the bidding process for the right to hold it.

I would like to note the importance of the participation of youth and volunteers in such an event. For example, when we participated in exhibitions in Yeosu and Milan, it was volunteers who gave us our impression of the countries and their citizens, since they meet guests with smiles, accompany them and assist in pavilions. I believe the youth will play a special role in promoting a positive image of the country and presenting the hospitality of the people of Kazakhstan.

One of the main criteria of a successful EXPO is the number of tourists who visit. How many tourists do we expect? What are we doing to attract foreign guests?

Yes, you are right. The success of EXPO directly depends on the number of visitors. We expect more than 2 million visitors at the exhibition, 15 percent of whom are expected to be foreign tourists.

During my visits, we have signed 47 memorandums of cooperation with tourist associations of the world, among them the Pacific Asia Travel Association and tourist associations from Russia, China, Germany, Poland, Latvia, Singapore, Malaysia, Korea, Azerbaijan, Turkmenistan and others.

Road shows are held in target states: China, Russia, France, Korea, Azerbaijan and Japan. Following the results of presentations, over 30 agreements with foreign tour operators have been signed on ticket sales for EXPO.

Moreover, the “EXPO Caravan” has been launched. This is a portable interactive pavilion that uses new technologies such as a 3D printer, augmented reality glasses, wind-powered chargers and interactive touch screens to offer an opportunity to get detailed information about Kazakhstan, its capital and regions and help explain why the Astana EXPO is worth visiting.

In addition, starting from January 1, a visa-free regime was introduced for citizens of the Organisation for Economic Cooperation and Development (OECD), EU countries and the United Arab Emirates, Malaysia, Singapore and Monaco which allows them to enter and stay in the territory of our country for up to 30 days without visas.

From early June, air companies from Poland, Hungary, Finland and China will open new flights from Warsaw, Budapest, Helsinki and Beijing with an overall frequency of 11 flights in a week.

Kazakh air companies are planning to open new flights to such cities as Xi’an, Kiev, Yerevan, Chelyabinsk and others.

One of the outcomes is that Kazakhstan and EXPO 2017 were for the first time included into the top 52 places to visit in 2017 by the New York Times and the top 17 places by Huffington Post, as well as in the list of “Time Out Abu Dhabi,” along with other world tourism centres.

How will the exhibition’s infrastructure be used after EXPO 2017?

As you know, on the initiative of the President, EXPO 2017 infrastructure will be used to establish the Astana International Financial Centre (AIFC), the International Centre on the Development of Green Technologies and Investment Projects under the UN, as well as the International Technology Park of IT Start-ups.

The AIFC will follow the example of such advanced financial centres of the world as London, Hong Kong, Dubai and Singapore. In order to actively attract foreign investment, the centre will offer unprecedented conditions. It will be based on English law principles that will ensure justice and increase confidence in Kazakhstan among foreign investors.

President of Kazakhstan Nursultan Nazarbayev proposed establishing the UN International Centre on the Development of Green Technologies and Investment Projects at the 70th UN General Assembly. This project has already been recognised by the international community and supported by the UN.

As you are aware, in the beginning of the year in his address to the people of Kazakhstan titled “Third Modernisation of Kazakhstan: Global Competitiveness,” the President assigned the government with creating the International Technology Park of IT Start-ups at one of the EXPO 2017 facilities.

All these initiatives should serve as the foundation for attracting entrepreneurs, investors and new technology from the whole world.