Kassym-Jomart Tokayev elected Kazakhstan’s president with 70.96 percent of the vote 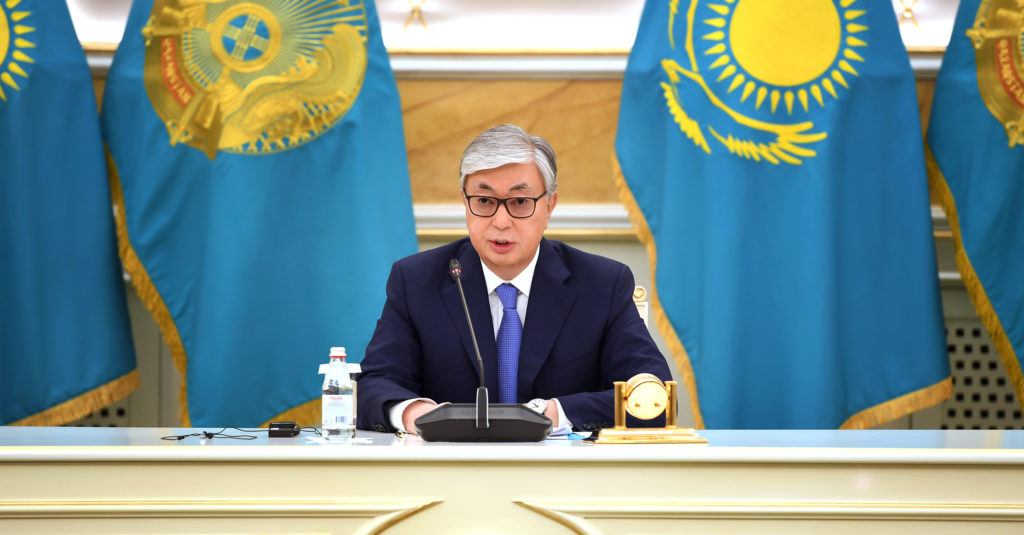 With more than 50 percent of the vote, he was recognised as the elected president by the CEC and will take an oath of office June 12.

“This is a mandate of trust, which I must leave up to in the next five years,” he said at a June 10 press conference, thanking voters for their support.

Both the June 10 exit poll and election results indicated that Tokayev won a clear victory among the seven candidates.

“The election showed that the people of Kazakhstan do not treat their civic duties with indifference,” said Tokayev at the press conference. “There was a big turnout.”

Tokayev assumed presidency after former President Nursultan Nazarbayev’s resignation in March and aims to continue Nazarbayev’s policies aimed at improving the well-being of the people.

“Our priority is to improve the quality of life for people in Kazakhstan,” he wrote in a June 6 tweet, reiterating Nazarbayev’s call for better living standards in the country. “Reform is fast approaching to provide the citizens of Kazakhstan with an advanced education, affordable medicine, clean water and high-quality roads.”

Nazarbayev made state support for youth a priority in decreeing 2019 the Year of Youth in Kazakhstan, and Tokayev tweeted that “smart, creative and patriotic” youth will have the opportunity to drive the country’s reform in the near future.

“The government will attract new faces (in its work), including young specialists,” he confirmed at the press conference.

Importantly, a dialogue between society and the government is to also shape reform and “ensure order and harmony.”

“The dialogue between the authorities and society should be based on the recognition of a pluralism of opinions on the further development of Kazakhstan and the strengthening of its potential. This is the only way to strengthen the unity of the nation and the stability of the country,” he wrote in a June 7 Tweet. At the June 10 press conference Tokayev reconfirmed his commitment to a constructive dialogue within the society and said a Committee on Public Confidence will be set up in support of this initiative.

“I would like to congratulate Tokayev on his victory,” said Kossanov upon learning the preliminary results. “I think his words about the need for a dialogue between society and the government are not just talk but will be realised. We, as the political opposition and democratic force, will be ready for this collective struggle.”