ASTANA – EXPO 2017, Kazakhstan’s biggest and probably most ambitious event, ended Sept. 10. While the average was 22,840 guests daily, slightly more than 100,000 visited on the last day, according to officials. Its legacy and impact will last for years. 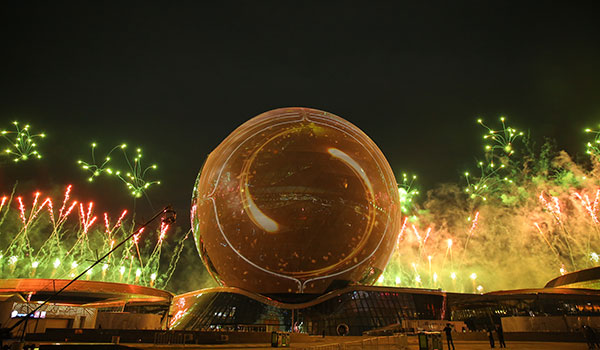 Nearly 140 scientific inventions in the renewable energy field received exposure thanks to the exhibition. Expo also served as a stimulus for local scientific projects, said Kazakh President Nursultan Nazarbayev in his closing ceremony remarks, addressing 15 heads of state who participated as guests of honour and an audience of 2,200.

“More than 1,400 small and medium-sized enterprises received orders for services and goods for $1.9 billion, while tens of thousands of people got new jobs with worthy wages. The tourism sector of Kazakhstan saw a revitalisation. The demand for tour operators’ services almost doubled during the three months,” he noted.

Astana was nominated the “City of the Future” by National Geographic Traveler magazine and the organisation featured the capital in its documentary “Megastructures: Astana – City of the Future.” Approximately 196 companies and 200,000 individuals were involved in the expo construction. 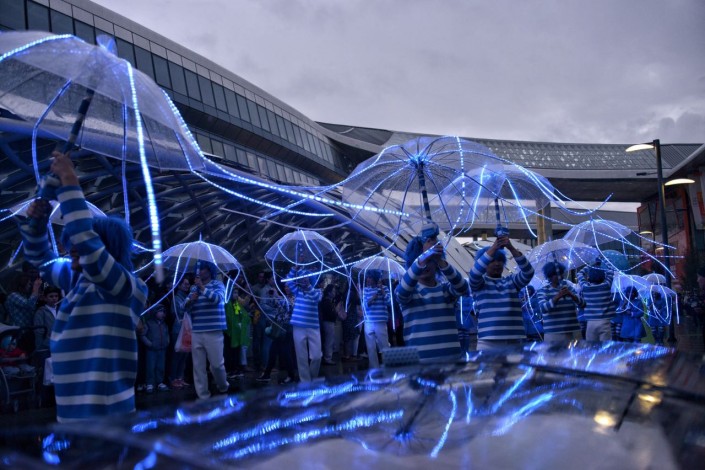 One hundred and fifteen countries and 22 international organisations took part in the exhibition, which opened June 9. Each participating nation presented its own vision and concept of future energy and showcased its latest technological achievements in the energy field.

The International Exposition Bureau (BIE) awarded 24 gold, silver and bronze medals of honour, certificates and prizes to participants and pavilions in several categories. The Gold Medal – BIE’s highest award – was given to Nazarbayev for his contribution and success in hosting the exhibition. A second gold was awarded to international participants for their spirit and support.

Medals of honour were presented to the Astana EXPO 2017 national company for its dedication and high professionalism, the capital’s authorities and citizens and expo commissioner Rapil Zhoshybayev for attracting such a large number of participants. Certificates of merit were given to all expo volunteers for being the backbone of the exhibition and the expo’s communications service for covering the event in the media. 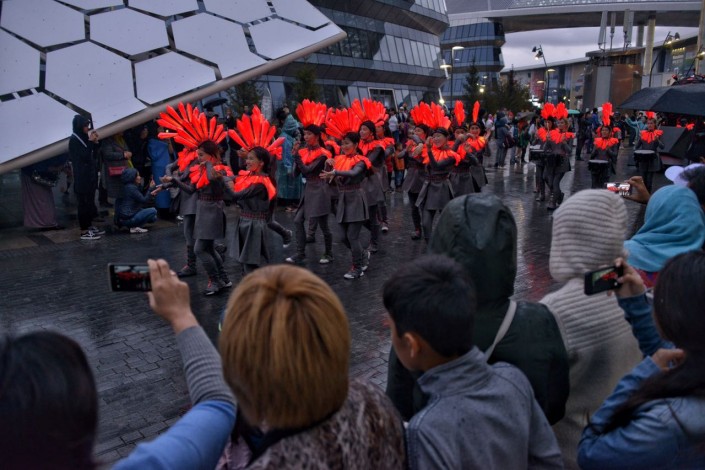 BIE announced an additional award and $24,000 cash prize to the National University of Lesotho.

“The EXPO 2017 Astana edition of the BIE Cosmos Prize has been awarded to the National University of Lesotho for its initiative to design and produce low-cost solar collectors. Jointly awarded by the BIE, the Expo ’90 Foundation and the expo, this year’s edition of the BIE Cosmos Prize was open to not-for-profit projects and citizen and group initiatives working in the area of ‘Future Energy,’ the theme of the expo in Astana,” noted the official BIE statement.

Russia received the gold award for exhibition design among type A pavilions (more than 700 square metres). The silver award went to the United Kingdom, the bronze to the Republic of Korea. For theme development, the gold award was presented to Germany, with China and France receiving the silver and bronze, respectively.

For type C pavilions (less than 400 square metres), the gold award for exhibition design was granted to Poland, with silver going to Slovakia and bronze to Latvia. Finland received the gold award, Singapore the silver and the Czech Republic the bronze in theme development.

Among category D pavilions (joint pavilions within the plazas), the Caribbean Community plaza received the gold award for exhibition design, with the Pacific Ocean plaza taking the silver and the Latin American plaza the bronze. The theme development awards were given to Tajikistan (gold), Ghana (silver) and Ukraine (bronze). Honorable mention went to the International Organisations joint pavilion.

Close to 3.8 million people visited the exhibition, nearly twice as many as the 2 million anticipated by expo officials. The event closed with late-hour grand fireworks.