By Aidana Yergaliyeva in Society on 20 October 2020

NUR-SULTAN – The Al-Farabi International Center in Almaty gathered leading national Farabi scholars to the closing event of the 1150th anniversary of medieval philosopher and scientist Abu Nasr Al-Farabi on Oct. 16. 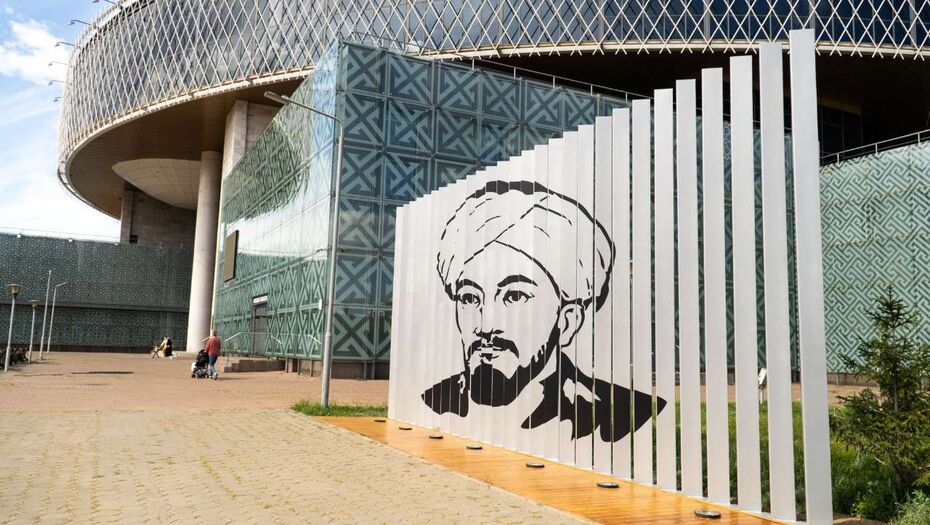 Abu Nasr Al-Farabi is a figure equally important to the west as he is important in Kazakhstan and other Turkic countries. Jewish medieval philosopher Maimonides called him “the Second Master of philosophy,” the first being Aristotle. Al-Farabi’s also wrote treatises on political ideals, virtuous state, and his ideas find their relevance in the contemporary world.

State Secretary Krymbek Kusherbayev, the chair of the State Commission for the organization of anniversary events, stressed that despite the pandemic, Kazakh Farabi scholars and the scientific community will have completed a colossal work to popularize the heritage of the great scientist in Kazakhstan and around the world.

As part of the event, the center presented a bust of Akzhan Mashani, a famous Farabi scholar, and an encyclopedia titled “Al-Farabi.” Mashani even went so far as to scientifically prove that Al-Farabi’s birthplace was in Otyrar, the largest center of ancient culture in Kazakhstan and Central Asia. In August, Kazakh archaeologists started large-scale excavations works in Otyrar as part of the anniversary events. The world might still hope for new pieces of history emerging from Al-Farabi’s homeland.

Kazakh scholars published seven monographs dedicated to the philosopher, a collection of his quotes, as well as a collection of thoughts and sayings titled “Kaiyrymdylyk (Mercifulness)” in Kazakh, Russian and English. The scholars also translated Al-Farabi’s three unpublished treatises from Arabic into Kazakh.

Kazakhstan organized 26 virtual conferences, round tables, and scientific seminars. Al-Farabi Kazakh National University students initiated the Qaırymdy qoǵam (Merciful Society) challenge under the AlFarabiQQ hashtag on social media to promote Abu Nasr Al-Farabi’s ideals of a society that is attentive to the needs of others. Approximately 14,000 university students, including foreign students, took part in the challenge to promote good deeds.

The university administration organized an Al-Farabi Olympiad international subject competition and gifted 39 educational scholarships to top-performing school students. Over 9,500 schoolchildren from 10 countries participated in the competition.

The Shymkent film studio Sak plans to release the “Al-Farabi” historical TV series in October. The ten-episode series is based on Mashani’s book on the life and work of Al-Farabi.