Jari Kaukua: “Al-Farabi Was a Representative Of an Enlightened Islamic Thought, Which Played a Great Role in “Naturalization” of Ancient Greek Heritage In Eurasian World”

By Dmitry Babich in International on 5 September 2020

As Kazakhstan celebrates the Anniversary Year of its medieval philosopher Abu Nasr al-Farabi (870-950), born on the territory of modern Kazakhstan 1150 years ago, The Astana Times is publishes a  series of articles and interviews with world-renowned scholars, which specialize on al-Farabi’s legacy. 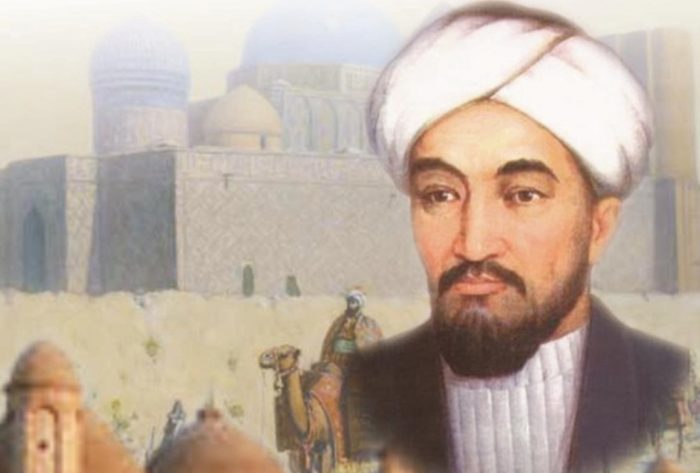 Our correspondent Dmitry Babich interviews Jari Kaukua, professor and post-doctoral fellow at the department of social sciences and philosophy at the University of Jyväskylä, Finland

Al-Farabi translated some works of the philosophers of classical, pre-Christian Greece into Arabic and other languages available for the population of medieval Asia. Can we call him a medieval precursor of the modern concept of international science, knowledge without borders? 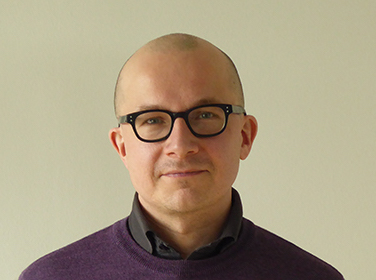 Jari Kaukua: I think this is a fair general assessment of Abu Nasr al-Farabi’s activity. He and his peers seem to have worked under the assumption that science is not specific to any particular culture, religion, state, or ethnic group. The circle of Baghdad Aristotelians, to which Abu Nasr al-Farabi belonged, featured both Christians and Muslims. They were of course perfectly well aware that their science originated in a cultural context of Greece of the times of antiquity, foreign to both monotheistic traditions.

How did Al-Farabi manage to integrate the ancient Greek tradition into the framework of medieval Islam? Doesn’t it show that enlightened Islam can be a vehicle for attracting non-Islamic scientific and cultural achievements, putting them to the service of people, including non-European nations? In this context, can we say that Al-Farabi and Al-Biruni, who also stems from the Central Asian region, were the precursors of modern “reconciliation” of faith and science, in which precise scientific knowledge “peacefully coexists” with the belief in immortality of human soul?

Jari Kaukua: I believe that Abu Nasr al-Farabi was consciously carrying on the project begun by earlier generations of Muslim philosophers, such as al-Kindī and the circle of translators gathered around him. They had come up with the idea of applying the Greek philosophical and scientific heritage to the contemporary debate concerning the proper interpretation of the Islamic doctrine. As Dimitri Gutas has shown, for a brief but decisive moment in the eighth and ninth centuries CE, holders of political and economic power in the Abbasid state saw rationalist theology and philosophy as potential allies in the cultural sphere, and that the consequent investment in translation and indigenous Arabic literary activity is explicable in this way. In this sense, we can perhaps say that an enlightened Islam did indeed play a crucial role in the naturalisation of the Greek heritage.

Wasn’t the work of these Islamic scholars more than 1000 years ago a precursor of a combination of scientific and religious knowledge in European New Times, which gave such a boost to Europe’s development and expansion?

Greek heritage needed naturalization not only in traditional Islamic areas, but also in Europe itself, where the Greek tradition had largely been forgotten in the medieval times. This naturalization was the work done for the benefit of what we can call now Eurasian world.

So, although Abu Nasr al-Farabi did not initiate the project of integrating the Greek tradition into Islam, he made a number of major contributions to it. Together with other Baghdad Aristotelians, he emphasised the methodological importance of Aristotelian logic and theory of science. He also found a way of reconciling the Islamic doctrine of creation and the Aristotelian view that the world is eternal. Finally, he came up with an influential Islamic version of the Platonic theory of the state.

Since I am not convinced that there is a widely accepted modern reconciliation of faith and science, the question about Abu Nasr al-Farabi’s role as a precursor of modernity is difficult to answer. I suppose we could say that Abu Nasr al-Farabi’s attempt to prove the existence of one first principle of all being (the God of monotheistic religions), and to trace other religious doctrines back to this principle without relying on the authority of revealed text, could still provide a paradigm for contemporary attempts at reconciliation between science and religion. When it comes to early modern European ways of thinking about the two, it seems to me that at least some prominent thinkers, such as the German scientist Leibniz, were building on a foundation partly laid by Abu Nasr al-Farabi and Avicenna. However, I hesitate to make a straightforward connection between the two epochs, simply because there was a variety of philosophical theories in the early modern period, and because we also have to bear in mind the influence of the intervening medieval Latin discussions.

What do you think about Abu Nasr al-Farabi’s concept of “virtuous state”? Abu Nasr al-Farabi’s idea of the state as a mediator, called to reconcile the interests of various groups inside society, isn’t it still a timely reminder for modern politicians, who often build their careers on division and hatred between different social groups inside society and between different states on international arena?

Jari Kaukua: I think that Abu Nasr al-Farabi’s political theory is an admirable and fascinating attempt at reconciling the combination of political and religious authority in Muḥammad’s prophecy with classical political doctrine. Like Plato’s theory of the state, which Abu Nasr al-Farabi took on to develop, the result is an idealised form of aristocracy. As such, I am somewhat sceptical of its straightforward applicability today, or at any moment of history, for that matter. But if we read it as a form of critique that constructs an ideal, to which factual politics compares unfavourably, then I think it is still a potentially valuable text, and not just of historical interest.

Can we call Avicenna and Abu Nasr al-Farabi representatives of a peculiar  Islamic medieval humanism? Weren’t they also early precursors of separation of religion and state in a region where Western thought traditionally did not expect such a separation? Recently, the works of Soviet scholar Artur Sagadeyev on Avicenna and Abu Nasr al-Farabi were republished in Russia. In one of his articles, Sagadeyev writes: “The Moslem principle of unity of secular and religious power lost its vigour in the mid-tenth century AD, when the Khalif in Baghdad retained religious power, while emirs and sultans took secular power for themselves”. Is it an exaggeration or a reflection of a little-known medieval reality?

Jari Kaukua: I suppose this depends on what we mean by ‘humanism’. Avicenna and Abu Nasr al-Farabi did believe that as rational beings, human beings are intrinsically valuable, inherently directed towards the good, and capable of acquiring knowledge by means of their intrinsic cognitive faculties. Having said that, as far as I can see, both were strict determinists (although this is somewhat controversial, some scholars would disagree), and probably did not think that human history is a story of any real progress. I also do not see any reason to see them as precursors to the secularist separation of religion and state. Religion is absolutely crucial, albeit instrumental, to Abu Nasr al-Farabi’s virtuous state, and although Avicenna did not write about statecraft as extensively, I think he would have agreed on this count.

I am not an expert on Islamic political history, but I do think that your quote from Sagadeyev is apt in at least one sense: the combination of religious authority and real political power that is characteristic of the early caliphate does disintegrate when we come to the eleventh and the twelfth centuries CE. Although “the emirs and the sultans” of course had to take religion into account in the legitimation of their policies, their power was not based on immediate religious authority of the sort that the caliph had. It is an interesting question whether Abu Nasr al-Farabi already saw this development when he discusses the various ways of distributing power in the absence of a perfect prophet or caliph.

What do you think about Abu Nasr al-Farabi’s concept of a virtuous political leader for a “virtuous state”? In Soviet times, this part of Abu Nasr al-Farabi’s philosophy was seen as “idealistic,” since real “happiness” was supposed to be achieved via a victory of “oppressed masses” in a class struggle. But doesn’t history show that an enlightened absolute power can be relatively humane and supportive of social development? Isn’t it an acceptable alternative for the modernist trend of division and all sorts of presumably progressive “struggles” (proletariat against bourgeoisie, racial minorities against the “white majority”, etc.)

As already indicated above, I personally think that Abu Nasr al-Farabi’s political theory is idealistic and inapplicable in reality. Obviously, I do not think that the Marxist view is the only real alternative either. As an offspring of a relatively liberal secular democracy, and even at the risk of a cultural chauvinism of sorts, I firmly believe that so far the most successful political regime has been a democratic regime founded on general welfare and good education of the citizens. I am painfully aware that a number of economic and political factors, not to mention climate change and its consequences, presently threatens the stability of many such regimes. Perhaps future political historians will deem them failures as well.

Be that as it may, the central reason why I think Abu Nasr al-Farabi’s political theory is too idealistic to be applicable is that I am disillusioned about the availability of perfectly enlightened autocrats. Moreover, real politics requires compromises which, together with the personal economic advantages that are frequently coupled with political power, are likely to corrupt even the most virtuous soul over the time of her absolute regime.