By Andrey Beloborodov in Culture on 23 August 2020

This year marks the 1150th anniversary of the outstanding thinker Abu Nasr Al-Farabi. For more than a millennium, the ideas of the philosopher have united East and West. 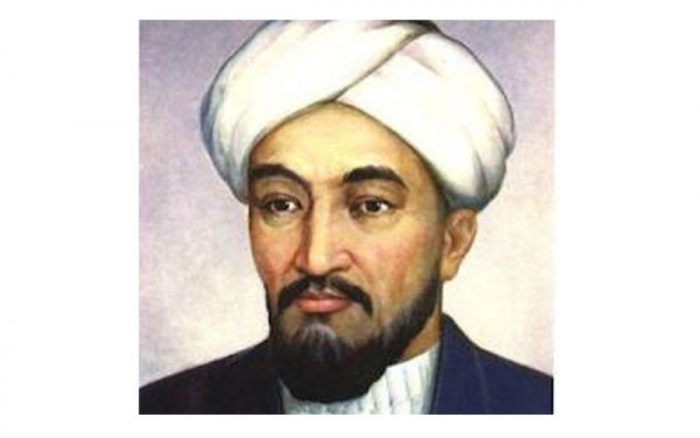 According to the Kazakh President, Kassym-Jomart Tokayev, the values of the Kazakh younger generation has been largely influenced by the spiritual heritage of Abu Nasr Al-Farabi. Interest in an oriental thinker is instilled in different forms. One of them is through archaeological excavations following the traces of Abu Nasr Al-Farabi who is called by his contemporaries the second teacher of humanity (after Aristotle). 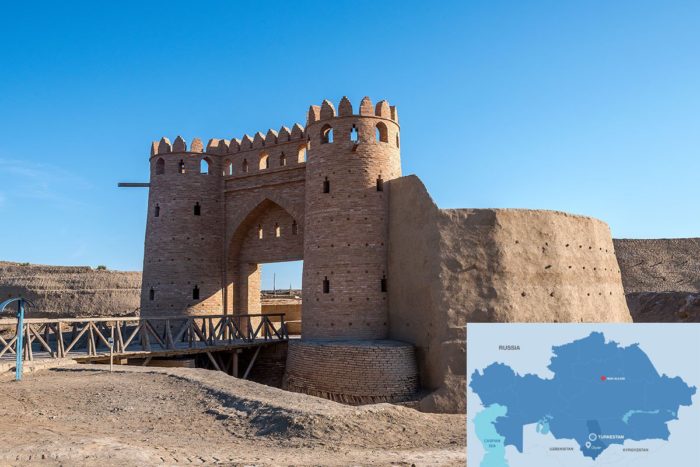 Another oriental writer Ibn Khallikan wrote a biography of Abu Nasr Al-Farabi in his book “Deaths of Eminent Men and History of the Sons of the Epoch”: “the famous philosopher, author of works on logic and music, as well as on other sciences, the largest Muslim philosopher, and there is no one who would have reached his rank in the sciences… was a Turk and was born and raised in his own country… Abu Nasr Al-Farabi means belonging to the city of Farab, now called Otyrar.”

The medieval city of Farab-Otyrar, where Abu Nasr Al-Farabiwas born, is located in the south of modern Kazakhstan at the confluence of the Arys River into the Syr Darya in the Turkestan region. 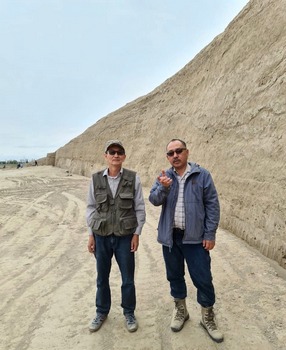 Archaeologists in Otyrar include Doctor of Historical Sciences Mukhtar Kozha and Deputy Director of the Otyrar Museum-Reserve for Science Serik Akylbek, who first took part in the excavations as a schoolboy. Photo credit: Mukhtar Kozha.

“This city was the political, economic and cultural center of the historical region of Turkestan (the Middle Syr Darya region), an important link on the Great Silk Road,” says Doctor of Historical Sciences Mukhtar Kozha, a chief researcher at the Institute of Archeology of the International Kazakh-Turkish University named after Khoja Ahmed Yasawi.  “Otyrar is the only medieval city on the territory of Kazakhstan that minted gold coins, along with silver and copper ones. Otyrar heroically resisted the Dzhungar conquest but was abandoned at the end of the 17th century. By the second half of the 17th century, the city was in ruins, turning into a hillock washed out by rains, which the locals called Otyrartobe – the hill of Otyrar. Nowadays the Otyrar settlement occupies an area of ​​over 250 hectares. In the center of the ruins there is a 15-18 meters high pentagonal hillock. Archaeological research has shown that the lower layers of the city date back to the first centuries of our era”.

The medieval city of Otyrar  had a rich history. Some of its history has influenced the course of world history. In 1218, a rich trade caravan sent by Genghis Khan himself was destroyed by this city. This event went down in world history under the name of the “Otyrar Catastrophe” and was the reason for the beginning of Genghis Khan’s campaign to the West. The famous Timur died in the city of Otyrar, Feb. 18, 1405 as well.

Archaeological research in the region has been conducted for 130 years. The ruins of the city attracted the attention of Russian researchers at the end of the 19th century for the first time. The first exploration of the city was conducted by academician-orientalist Nikolai Veselovsky in 1884. Since 1969, large-scale excavations at the Otyrar settlement have been carried out by an archaeological expedition of the Academy of Sciences of the Kazakh Soviet Socialist Republic (SSR), headed by the famous archaeologist Kemal Akishev, who at one time made a unique find of the Golden Man, the remains of a warrior in golden clothing on the banks of the Issyk River. Remains of the main gate of Otyrar – the homeland of Abu Nasr Abu Nasr Al-Farabi.

“Three monographs and hundreds of articles have been published based on materials from the study of Otyrar during the Soviet period, a large collection of coins, ceramics, metal, stone, bone, glass products have been collected. As a result of the analysis of findings, it was possible to understand the crafts, trade and spiritual culture of the townspeople,” said Kozha. “In the period of 2000-2004, within the framework of UNESCO-Japan-Kazakhstan cooperation, international experts and national specialists worked on documenting and preserving the monuments of Otyrar,” he added.

During the excavations, a number of unique artifacts were found. For example, in one of the rooms of the 14-15th centuries there was discovered a manuscript, a medieval geographical treatise, which was preserved thanks to the copper oxides of a bronze mirror lying on it. But one of the most interesting finds was discovered in the 1990s. “We excavated a part of the monumental structure, which, in my opinion, corresponds to the palace where Timur spent his last days. During the study, fragments of gilded tiles were identified – the remains of the building’s decor. An ivory chess piece was found in one of the rooms. Perhaps Timur himself was holding this piece. It is known that chess remained a favorite pastime throughout the life of the great commander,” said Kozha. “In the same area of ​​the settlement, fragments of a yellow-glazed porcelain plate with the image of a dragon were found. Such dishes were made only for use by the Chinese emperor. It remains a mystery how it got to Otrar. The export of such dishes was prohibited. Such ceramics are absent in the rich collections of Chinese dishes of the Hermitage and the Palace of Turkish Sultans – Topkapi in Istanbul.”

Unfortunately, the coronavirus pandemic has temporarily postponed large-scale archaeological research in the vicinity of Otyrar, planned in the year of the 1150th anniversary of Abu Nasr Al-Farabi. This year, only the excavation of the fortress walls and some other objects of the late medieval Otrar was carried out due to the support of the Kazakh Ministry of Culture and Sports. 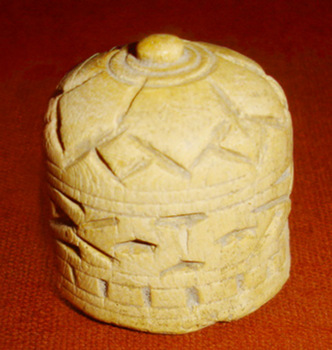 A team of historians of the international level has gathered in the south of Kazakhstan. Some of these Kazakh researchers of Otyrar have been trained by UNESCO. Also, a number of researchers from the Institute of Archeology of the International Kazakh-Turkish University have finished their doctoral studies in Turkey and participated in solid archaeological research there. In 2017, with funds allocated by the Turkish side, archaeologists carried out excavations in the suburbs of Otyrar.

Kazakh scientists possess the most modern technologies that are used in archaeological research: from a computer program for three-dimensional design AutoCAD to electronic total stations and drones. And this means that the world will still get to see new discoveries from Abu Nasr Abu Nasr Al-Farabi’s homeland.

The celebration of the anniversary of the legendary oriental thinker will be held in the fall of 2020 not only in Nur-Sultan, but also in Paris at the International Symposium with the support of UNESCO. Kazakh science and culture have done an excellent job in promoting the heritage of Abu Nasr Al-Farabi globally.