How the life story of a philosopher born 1150 years ago on Kazakh soil became an inspiration for Kazakh patriots in the twentieth century. 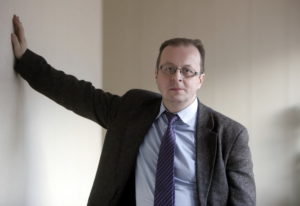 When Kazakhstan became independent in 1991, its leading university (Kazakh National University) was renamed in honour of the great medieval thinker with Kazakh roots – Abu Nasr Al-Farabi. This fact alone shows the respect and love which modern Kazakhstan is paying to its native son, born 1150 years ago.

Al-Farabi’s 1150th birthday is celebrated not only in Kazakhstan, but around the world. Dozens of articles devoted to Al-Farabi were published in Russian press, publications about numerous symposiums and conferences on Al-Farabi’s legacy appeared in European and American press. In May, an online conference on Al-Farabi was organized in Kazakhstan. In autumn, festivities will continue in Paris, France, where Al-Farabi has been known for centuries under his European name of Alpharabius. Kazakhstan’s President Kassym-Jomart Tokayev, addressing the conference in Kazakhstan, stressed the international status of the festivities lauding the medieval thinker.

Al-Farabi’s 1150th birthday is celebrated not only in Kazakhstan, but around the world.

The great Al-Farabi was a Moslem and spent around 80 years of his nomadic life in all the most important Moslem cities of his lifetime (870-950), including Damascus and Baghdad. But he also lived in Alexandria (with its Hellenistic legacy), spoke Greek and translated ancient Greek texts, was well familiar with both Christian theology and the Greek and Latin thought of the ancient world. Al-Farabi wrote about philosophy, music, and what can now be called chemistry. He was also interested in many other spheres of science which can be now named psychology and history, but were not separate disciplines in his lifetime.

Al-Farabi is credited as the author of around 100 scientific works. But his greatest achievement was his translation work. Al-Farabi translated from ancient Greek and thus saved from medieval oblivion the works of the greatest philosophers of Greek antiquity – Aristotle, Plato and others. Now Abu Nasr Al-Farabi, who, in the opinion of most of historians, was most likely born in the city of Farab (now Otrar) on the territory of modern Kazakhstan, is a recognized scientific authority, “the Scholar of the East.”

Al-Farabi’s work has become a proven influence on the Arab scientist and physician Avicenna and on Maimonides, the greatest Jewish religious philosopher of Middle Ages. A native of Kazakhstan, Al-Farabi was a real man of the world, a historical reality proven by the fact that Al-Farabi mastered at least several languages (the legend gives the figure of 70), including Arabic and Persian. However, Kazakhstan has its own “romance” with this great philosopher, whose works were translated into Greek and Latin back in the XII-XII centuries and in the XX century became widely available in English, French and, of course, Russian.

Russia’s Nezavisimaya Gazeta writes about an interesting research made by professor Gulnara Mukhanova (Kazakhstan’s National University). She found archive documents proving that a group of Kazakh intellectuals, members of the nationalist Kazakh Alash party in the 1920s and 1930s, raised the issue of recognizing Al-Farabi’s legacy back in the 1920s, but they became victims of Stalin’s repressions.

“We owe the newly found memory of Al-Farabi primarily to the Kazakh geologist Akzhan Mashanov (Mashani in modern transcription) who in 1960 wrote a letter to the authorities pointing to the fact that Al-Farabi’s books were almost unknown in the Soviet Union, despite the fact that they were quoted by the famous German philosopher Oswald Spengler and other famous Europeans,” says an article summarizing the work of Kazakh scientists on preservation of Al-Farabi’s legacy.

“Al-Farabi, this great scholar of old times, is a native of Kazakhstan,” the Moscow-based Nezavisimaya Gazeta daily quotes Mashani as writing in 1960 in his letter. Thank God, Akzhan Mashani found the right addressee: his letter went to Kanysh Satpayev, the head of Soviet Kazakhstan’s Academy of Sciences. Satpayev took Mashani’s plea close to heart: he was also a Kazakh. The republic, then still a part of the Soviet Union, started collecting  Al-Farabi’s books, contacting the researchers around the world who showed interest in Al-Farabi’s work, etc. In 1970 Kazakhstan’s scientists managed to organize a conference devoted to Al-Farabi’s 1100th birthday.

Now Al-Farabi’s fame and recognition in Kazakhstan are flourishing – together with the scholar’s ancient homeland. An international conference “Al-Farabi’s Legacy,” organized by Kazakh National University, named after Al-Farabi, had to be conducted online on May 14 and 15, but this did not diminish its scope. Scholars from Uzbekistan, other CIS countries, but also Finland, Turkey, India, Greece and the USA took part, Nezavisimaya Gazeta reports in an important article summarizing the festivities honoring Al Farabi’s legacy.

In their speeches, the participants pointed to the truly Eurasian nature of Al-Farabi’s work. The work of a man who managed to preserve the roots of European civilization by translating the neglected works of Plato and Aristotle into Arabic – one of the languages of the East. And whose work is now returning from West to East, thanks to the preservation of Al-Farabi’s name in the works of European intellectuals of the twentieth century, who inspired the young Kazakh patriots back in the 1920s. A truly inspiring story, “connecting East and West” as president Tokayev said in his address.