By Zhanna Shayakhmetova in Culture on 20 September 2020

NUR-SULTAN – The “Al-Farabi” series dedicated to the 1150th anniversary of great scholar Abu Nasr Al-Farabi will be released in October on the Qazaqstan TV channel, the South Kazakhstan newspaper reported on Sept. 14. 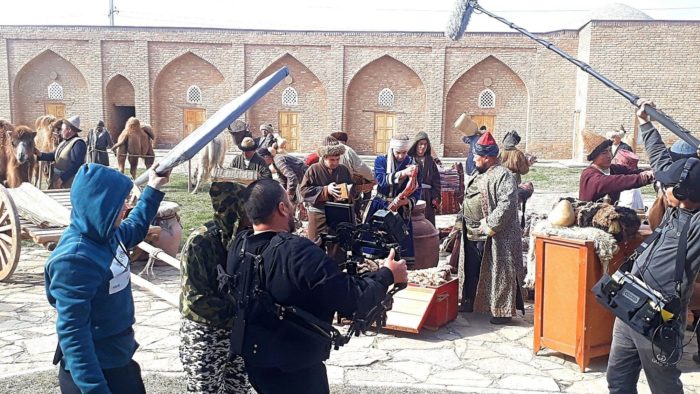 The Shymkent film studio Sak filmed a 10-episode series in Turkestan and Bukhara. The historical series depicts two periods in the life of a medieval thinker and philosopher – his youth and his mature years.

“We had to stop filming in Bukhara due to the pandemic outbreak. We also planned to film in Damascus. We created the views of Syria using 3D graphics. Despite some challenges we managed to complete the shooting,” said film director Batyrkhan Daurenbekov.

The film is based on Akzhan Mashanov’s book about the life and work of Abu Nasr Al-Farabi. History expert Zhambyl Artykbayev also helped scriptwriter Bakhytzhan Kulzhabai bring the life of that era to the big screen. 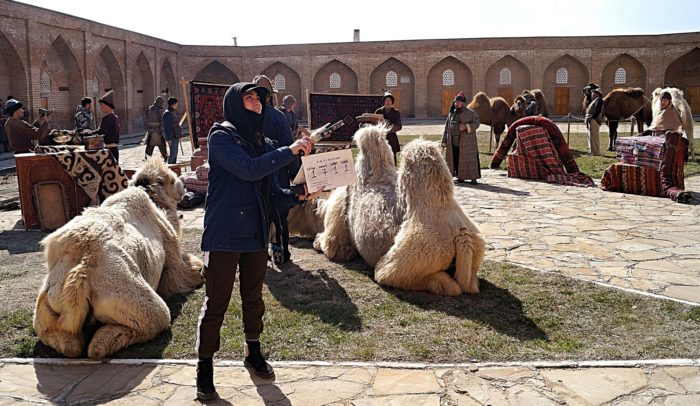 The storyline begins with a scene of Abu Nasr Al-Farabi’s father, who was a military commander, bringing a guest home and introducing him to his 17-year son. The caravan man delivers goods from Bukhara along the Great Silk Road. He talks about the countries he has visited, about scientists-astronomers and physicists, and all of their discoveries. In the last episode, Abu Nasr Al-Farabi, who wrote more than 200 scientific works and treatises, recalls his childhood and youth in Otyrar, and shares his nostalgia for his small homeland.

“According to the plot, the events take place in the 9th century in Otyrar. Abu Nasr Al-Farabi was born in 870 in the city of Farab (Otyrar) located at the confluence of Arys and the Syrdarya River. His family was from the privileged strata of Turkish society,” producer and director of Sak film studio Nuriddin Patteyev told Kazpravda. 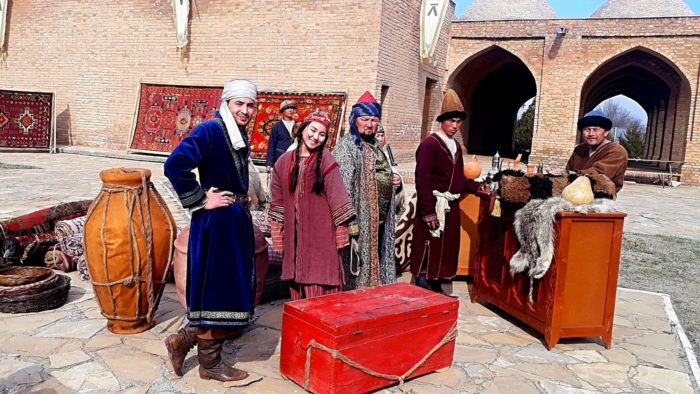 “This is not an autobiographical story,” noted Patteyev. “There is no information about his youth except for the information that we know where he spent different periods of his life in Otyrar, Bukhara, Samarkand, Tashkent and Damascus. We have a task to explain more about this great person who contributed to the development of science and civilization. A man who was named the Aristotle of the East. We believe that the film will be interesting for film goers of all ages.”