By Aidana Yergaliyeva in International on 24 August 2020

NUR-SULTAN – Kazakhstan deployed a second group of 60 peacekeepers on Aug. 20 from the Kapshagai garrison of the Almaty Region to serve as part of the United Nations Interim Force in Lebanon (UNIFIL) mission on a rotational basis, the Kazakh Defense Ministry’s press service reported. 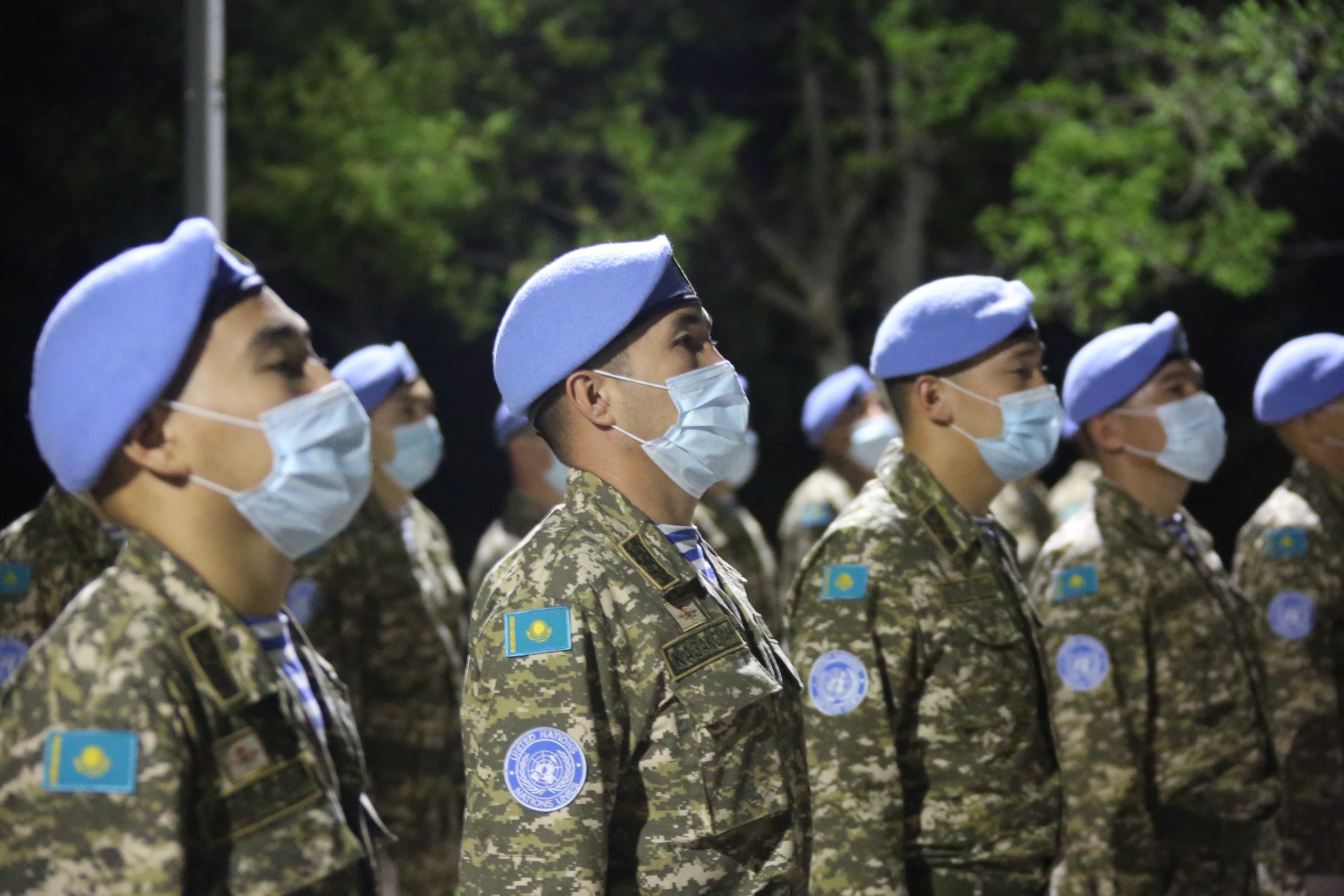 This group is the second half of the fourth Kazakh peacekeeping contingent sent to Lebanon. Kazakhstan “took into account the epidemiological situation” and, thus, deployed the contingent in two parts “to preserve the health of personnel,” the statement reads. The country deployed the first half in early August. They arrived on Aug. 3, a day before the Beirut blast.

The fourth rotation, now with 120 military personnel, will entirely replace the third peacekeeping contingent. The third peacekeeping unit has been on the mission since Nov. 27 2019. In addition to them, Kazakhstan sent on Aug. 8 a group of 29 military medical workers and four translators from the Kazakh Armed Forces to provide medical assistance to victims of the Beirut blast.

The Kazakh Armed Forces formed the peacekeepers from the regional commands and Air Assault Forces. The peacekeepers will continue patrolling the area, providing assistance to the civilian population, participating in the organization of observation posts, among other UNIFIL tasks. Kazakh and Indian peacekeepers jointly carry out at least 50 tasks per day.

Kazakhstan has been deploying its troops under the Indian Battalion for UNIFIL since October 2018. The Indian Battalion – an experienced unit – has been leading the Kazakh armed forces. On Aug. 21 2018, the countries signed a memorandum on the joint deployment of Kazakh and Indian peacekeepers in Lebanon in accordance with the UN mandate.

“All military personnel have been carefully selected, trained and tested in accordance with the procedures and norms of the main United Nations instruments for peacekeeping. The training of personnel for the performance of tasks was carried out for nine months at the Tlendiyev Training Center in the Almaty Region, with strict adherence to quarantine measures,” the ministry’s press service said.

The UNIFIL is the UN peacekeeping force deployed in southern Lebanon on the border with Israel in accordance with UN Security Council Resolution No. 425 of March 19, 1978.