ASTANA – A monument in Almaty honoring the founding father of the Kazakh alphabet Akhmet Baitursynuly, and an extended 12-volume collection of his works were presented to a broad audience on Nov. 16, as the celebrations of Baitursynuly’s 150th anniversary continue across Kazakhstan. 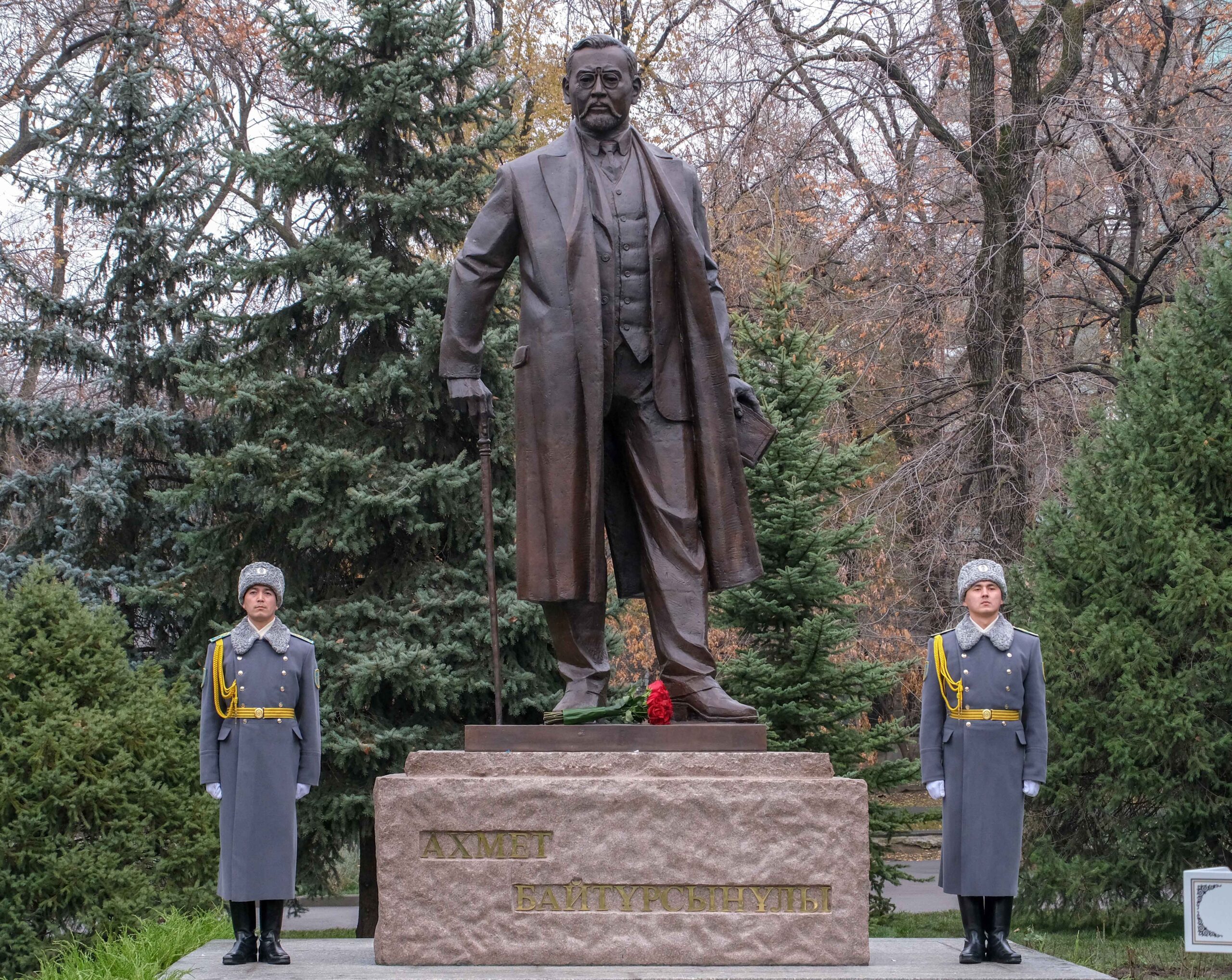 A titanic figure in the educational history of 20th-century Kazakhstan, Baitursynuly is still revered by scientists and historians and continues to be a distinguished name in Kazakhstan. His reputation was made by his continuous struggle to educate and teach literacy to the common Kazakh people.

A new monument by Kazakh artists Aidos Burkitbayev and Timur Yermukhametov was presented in Almaty near the Baitursynuly’s house museum, which opened in 1998 as part of the celebrations marking Baitursynuly’s 125th anniversary.

The memorial is intended to be a reminder of Baitursynuly’s great contribution to Kazakh science and education that captures the life of Baitursynuly, his wisdom, and his vision for the future.

“Akhmet Baitursynuly has made an invaluable contribution to the development of society. (…) He created the first Kazakh alphabet. He wrote the first textbook, which formed the basis of Kazakh linguistics. As the publisher of the Qazaq newspaper, he laid the foundation for the development of the national press. His spiritual legacy continues to benefit the Kazakh people. Therefore, we honor him as a teacher of the nation,” said President Kassym-Jomart Tokayev, opening the monument during his working trip to Almaty. 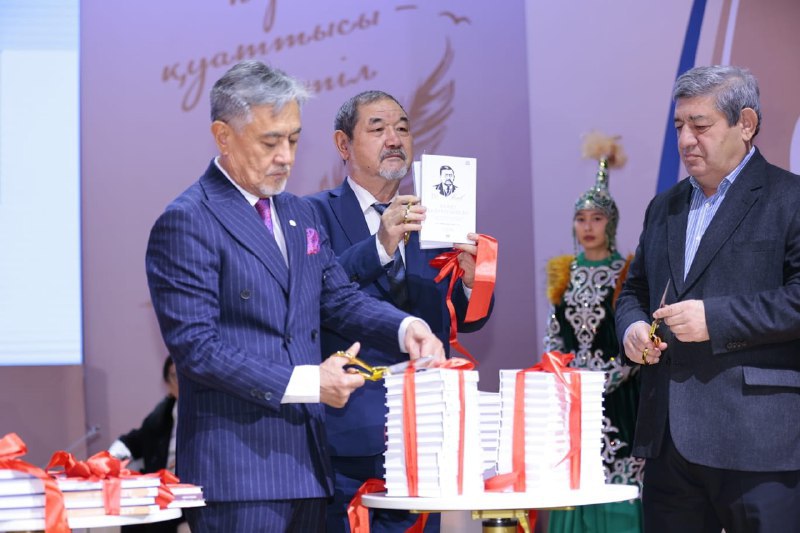 “Akhmet Baitursynuly is known throughout the world, first of all, as an outstanding scientist and educator. Even in the most difficult periods of our history all his thoughts were devoted to his people,” he added.

The President also toured the Baitursynuly’s house museum which contains around 500 exhibits related to the life and creative work of the figure. Baitursynuly lived in that house with the family of his daughter Sholpan during 1934-1937.

As with humankind, as time passes, people tend to forget the past. Mukhtar Auezov once said “even if we forget what Akhan (Akhmet) did for us in art, education, and politics, history will not forget him. Akhmet Baitursynuly’s legacy left to the descendants is a priceless treasure of the Kazakh people.”

In hopes of securing the recognition of Baitursynuly’s legacy, the International Turkic Congress was held in Turkistan on Nov. 16, reported the Turkistan Region akimat (city administration) press center. 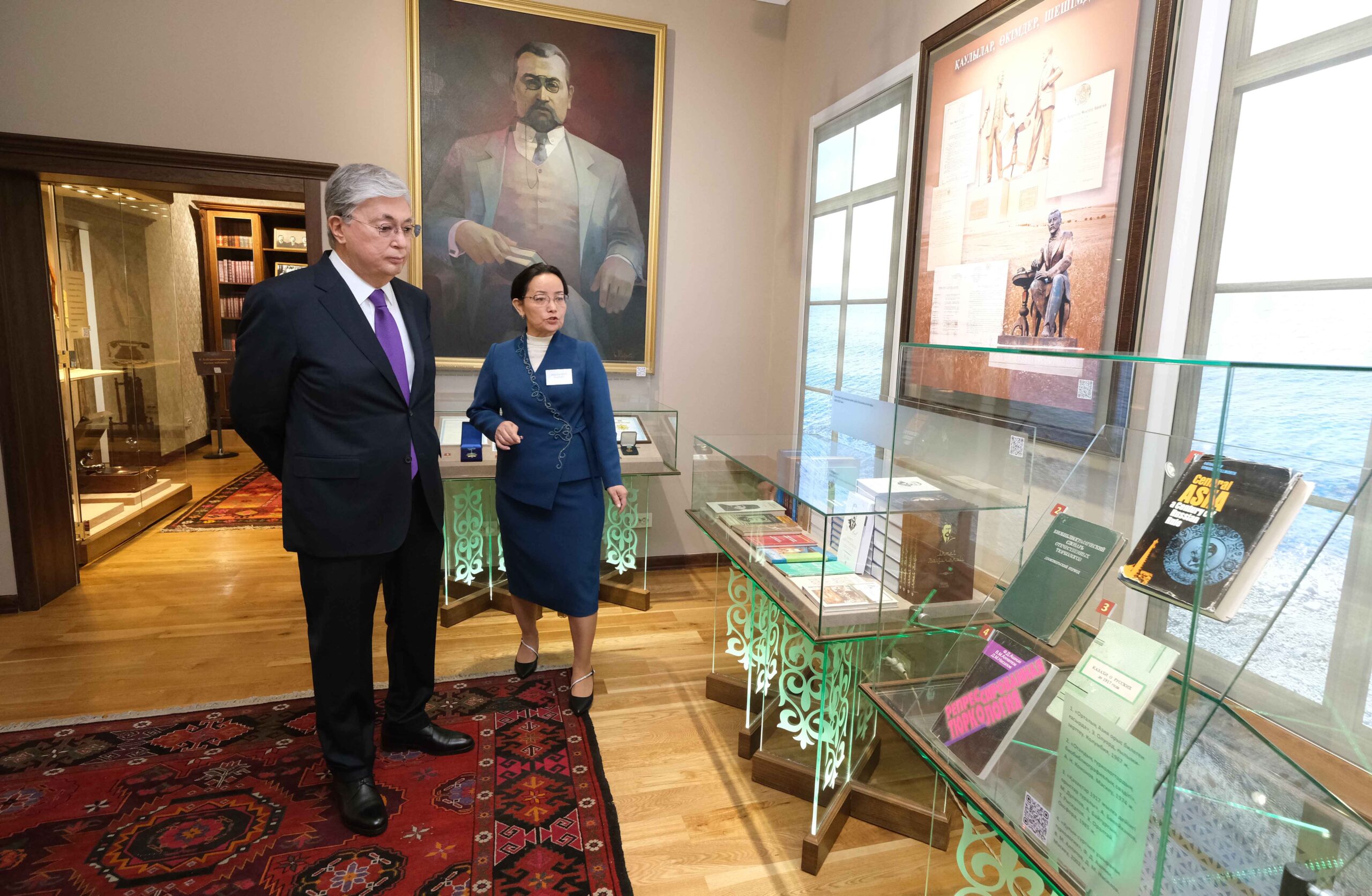 Twelve-volume complete collection of Baitursynuly’s works, and a book of his selected works in four languages, including Kazakh, Russian, English, and Turkish, were presented during the congress. Those books contain previously unknown materials on the life and work of Baitursynuly found in foreign archives and among rare manuscript library collections.

Gabriela Ramos, Assistant Director-General for the Social and Human Sciences of UNESCO (United Nations Educational, Scientific and Cultural Organization), and Bilal Çakıcı, Deputy Secretary-General of TURKSOY (International Organization of Turkic Culture) sent their congratulatory speeches to the participants of the congress.

Last month, Kazakhstan celebrated Baitursynuly’s 150th anniversary at the UNESCO level with a roundtable gathering scientists and researchers from Kazakhstan and abroad at its headquarters in Paris. On Nov. 1, an international conference dedicated to Baitursynuly was held at Istanbul University.