NUR-SULTAN – From a teaching career to becoming the founder of the first Kazakh alphabet and establishing the first national newspaper, Akhmet Baitursynov left a significant mark in the history of Kazakh literacy and is rightly called Ult Ustazy (Teacher of the Nation). This year Kazakhstan will celebrate Baitursynov’s 150th anniversary which was included in the UNESCO list of anniversaries for 2022-2023. 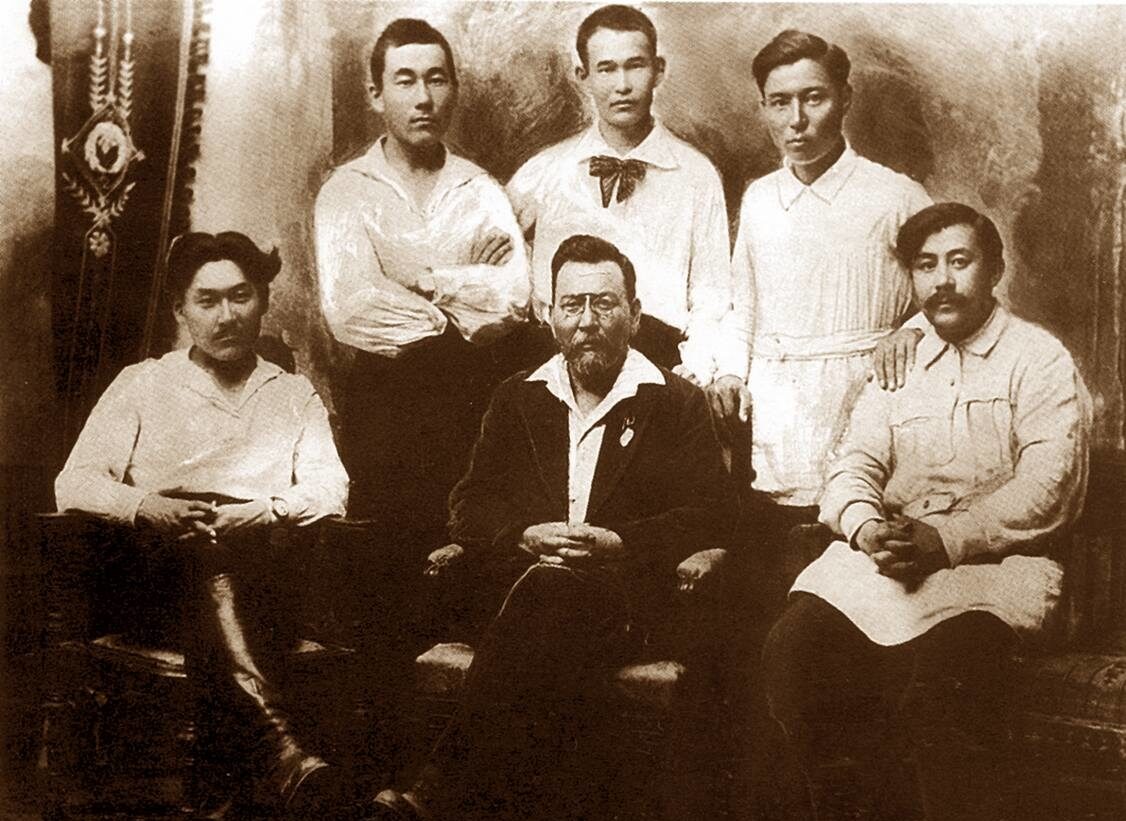 Baitursynov was born in 1872 in a small village in the Kostanai region. He began his teaching career during 1895-1909 in the Russian-Kazakh schools in Aktobe, Kostanai, Karkaralinsk districts, and became a headmaster of the Karkaralinsk city school.

Baitursynov was recognized as the Ult Ustazy (Teacher of the Nation) for a reason. He has done more than any other linguist to develop Kazakh literacy in the 20th century. Throughout his career, developing mass literacy was his major goal.

Baitursynov’s achievement in this endeavor was the transformation of the Arabic alphabet, which was used for years, to adapt it to the spelling and phonetic peculiarities of the Kazakh language.

The main reasons to reform the Arabic script were the mismatch of sounds in the Kazakh and Arabic languages and the absence of a universally approved alphabet. For example, one sound could be written with different letters by different teachers. There were not enough letters to mark the vowels. Only three characters (a, y, i) were dedicated to representing nine vowels in the Kazakh language.

Because of this, there were difficulties in distinguishing sounds and reading, and that was an obstacle for mass literacy. Baitursynov decided to reform the Arabic alphabet in accordance with the phonetic laws of the Kazakh language to raise literacy to the national level.

Later, in 1926, Baitursynov also discussed the advantages of transitioning to the Latin alphabet.

The enormous wish to educate Kazakh people led Baitursynov together with his closest friends and colleagues Alikhan Bokeikhan and Mirzhakyp Dulatuly to establish the first weekly nationwide socio-political and literary newspaper Qazaq, which was published in Kazakh language using the Arabic alphabet from 1913 to 1918. 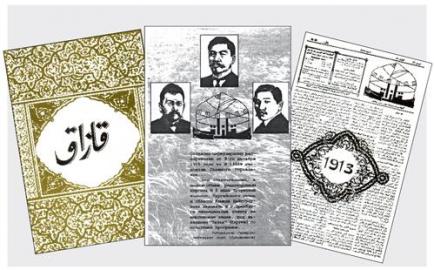 In the first issue, Baitursynov described the historical significance of the Qazaq newspaper in the following way: “First of all, the newspaper is the eyes, ears and tongue of the people…People without newspapers are deaf, dumb, and blind. You don’t know what’s going on in the world, you don’t hear what’s being said, you don’t have an opinion.”

The newspaper called on Kazakh people to master art and science and raised the problem of the development of the Kazakh language. It had more than 3,000 subscribers and was read in the Kazakh steppes, China and Russia.

Baitursynov also built a strong and lasting reputation as a poet and translator. In this endeavor, he followed the path of the great Kazakh poet Abai and tried to reach the hearts of the Kazakh people through the translation of the great works of Russian literature, particularly of the Russian poet and fabulist Ivan Krylov. The Kazakh translation of Krylov’s fables was published in St. Petersburg in 1909 under the title “Forty Fables.” The animal stories in fables represented themes of unity, education, spirituality, morality, culture, hard work, and subtle criticism of colonial policy.

Baitursynov’s own civic dreams and thoughts were published as a separate book under the name “Masa” (Mosquito) in 1911. The opening lines of a same-named poem say:

Flying around those who asleep,

Until the wings are tired.

Won’t it disrupt a little their sleep,

If he buzzes in your ear persistently? (author’s translation)

Those lines from “Masa” describe Baitursynov’s own ambition to awaken society from a passive, lazy, sleepy state to enlightenment through his persistent poetic and educational “buzzing”. The ideological foundation of “Masa” was to invite the public to study art and receive a proper education, to develop culture and a work ethic. Baitursynov skillfully used poetry as a way to awaken people, to influence their minds, hearts and feelings.

Beyond education and literature, Baitursynov actively participated in the formation of the Kazakh national state idea. Baitursynov’s political activity began in 1905. He was one of the authors of the Karkaraly petition, which raised questions regarding local administration, changes in the system of public education, and the adoption of new laws. This activity later led to his first arrest and imprisonment in the Semipalatinsk prison in 1909 for spreading the idea of autonomous self-government and allegedly inciting interethnic hostility.

The October Revolution in 1917, which resulted in the overthrow of the provisional government and the establishment of the power of Soviets, left Baitursynov fearing possible state destabilization, excessive radicalization, and the possible collapse of the country in the absence of reliable authority. Baitursynov, Bokeikhan, and Dulatuly saw that the only way out of the difficult situation was to organize a firm power that would be recognized by the Kazakh people.

As a result, Baitursynov, Bokeikhan and Dulatuly decided to establish the Autonomy of Kazakh areas and to name it Alash. The first political group and movement – the Alash party and the Alashorda government was created.

The centerpiece of the Alashorda was creating a single autonomous state within the democratic federative Russian republic, which would allow for autonomous decisions in the interest of the local population. Baitursynov became the spiritual leader of the intelligentsia behind this effort.

The territory and borders of Kazakhstan were documented and legally confirmed for the first time during this period of Alash governance as well.

Baitursynov, along with many members of the Kazakh intelligentsia, fell victim to Stalinist repression. In 1929 Baitursynov was arrested again with charges of counter-revolutionary activity and preparation of an armed uprising in the Kazakh steppe. He was sentenced to execution, however, in 1931 his sentence was commuted to 10 years in a camp and in 1932 he was exiled to Arkhangelsk and then to Tomsk.

In 1934, at the request of the International Red Cross, Baitursynov was released and returned to Almaty to reunite with his family. However, starting from 1934 Baitursynov endured the most difficult years of his life. Being the victim of repression, he suffered from the loss of his health and stability in his life. His political “unreliable” background diminished his chances of getting a proper job. The authorities were afraid of his influence and respect among people, so Baitursynov ended up changing his jobs frequently: he worked as a Central Museum curator, as a ticket inspector, and as a hospital attendant in a tuberculosis dispensary.

He was arrested again on Oct. 8, 1937, and shot two months later, in December. In 1988 the scholar was acquitted and given all the recognition that he deserved on a national level.