New Houses to Be Built After Wildfires in Kostanai Region

By Zhanna Shayakhmetova in Nation on 7 September 2022

NUR-SULTAN – The construction of new houses for fire victims has started in the Auliekol village, reported Sept. 7 Kazinform. The duration of the project is expected to be 2,5 months. 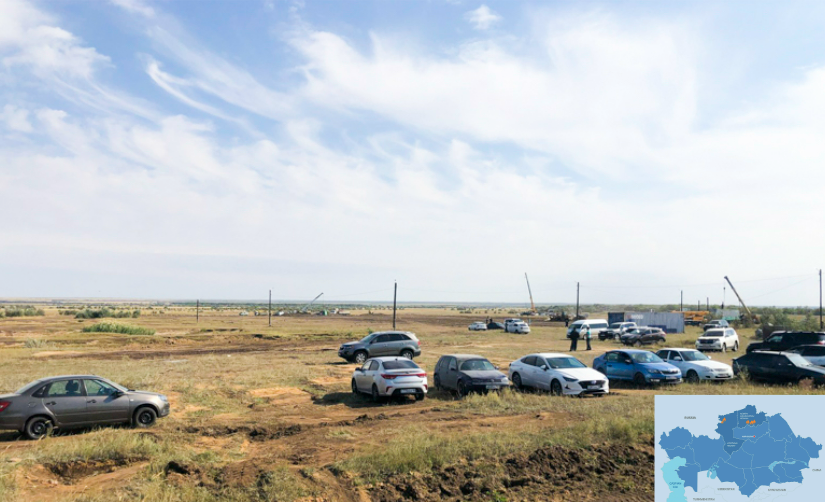 The land designated for the construction of houses. Photo credit: Kazinform. Click to see the map in full size

The Halyk Charitable Fund also announced plans to allocate 1.3 billion tenge (US$2 million) to build a new kindergarten accommodating 280 children in the near future in the district.

The Emergency Situations Ministry reported nearly 91 houses were damaged in the wildfire in the Kostanai Region. According to the technical inspection, the houses were completely burned down and cannot be rebuilt.

President Kassym-Jomart Tokayev instructed his government to take all necessasry measures to mitigate the consequences of the fires during his visit to the region on Sept. 5.

Overall, more than 2,000 people have been evacuated since the beginning of the wildfire. Many people have already returned to their homes, and the wildfire threat has been neutralized. Twelve people have received burn injuries. 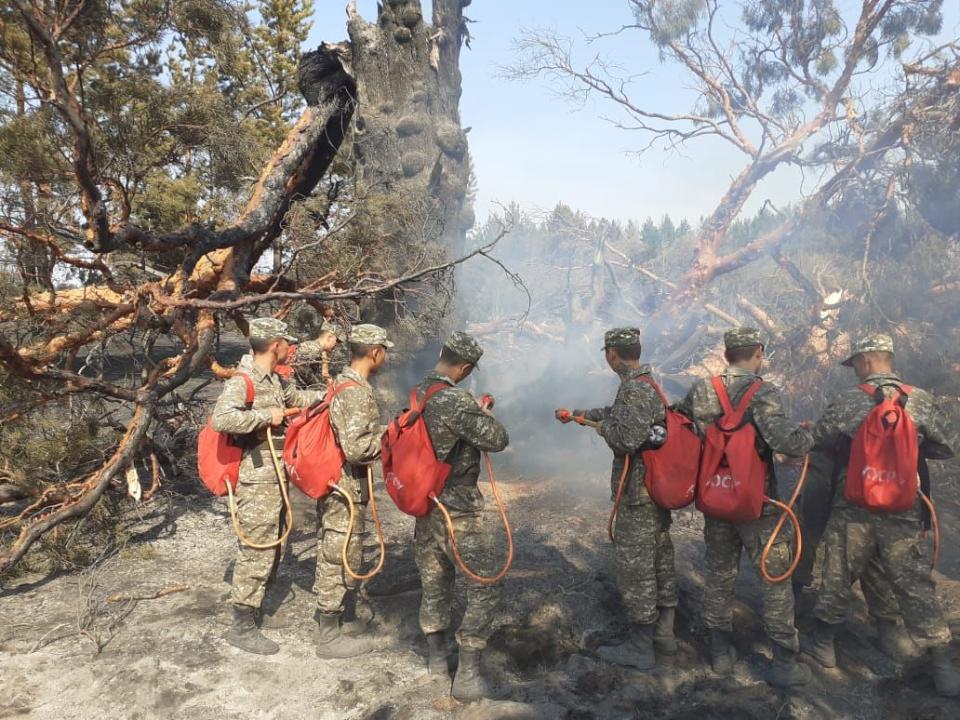 The personnel of the combined rescue battalion of military unit 52859 consisting of 100 military personnel continue to eliminate wildfire in the Auliekol district of Kostanai region. Photo credit: Gov.kz.

It is also reported that the total area of the wildfires is 43,000 hectares in the Basamansky and Semiozerny Forestry Departments.

The collection points for humanitarian aid for fire victims continue their activities in the village of Auliekol. Volunteers, organizations and people send food products, clothes, medicines from all regions of the country.

The fire significantly affected the flora and fauna in the pine forests of the region.

“More than 20 percent of the forest area has burned. A large number of animals died. It takes at least 50-60 years to restore the plants,” expert Daniya Sarsekova told the Jibek Joly TV channel. 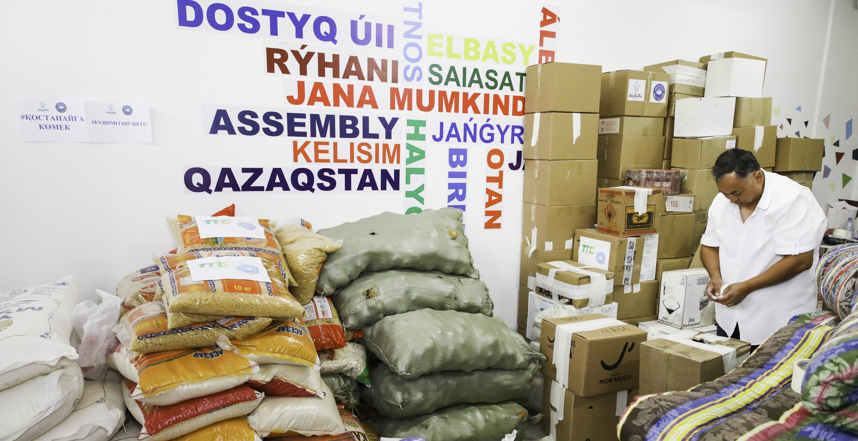 The Assembly of People of Kazakhstan sent 40 tons of humanitarian aid to the region.

The Kostanai region declared a state of emergency on Sept. 4 after forest fires burned a record 43,000 hectares of land. Forest fires began to spread rapidly in the Auliekol district on Sept. 2, caused by a heatwave and gusty winds of up to 20 meters per second.