By Assem Assaniyaz in Nation on 5 September 2022

NUR-SULTAN – All measures are being taken to mitigate the consequences of the fires in the Kostanai Region, said Kazakh President Kassym-Jomart Tokayev at the Sept. 5 meeting of the operational headquarters to battle fires in the region, reported the Akorda’s press service. 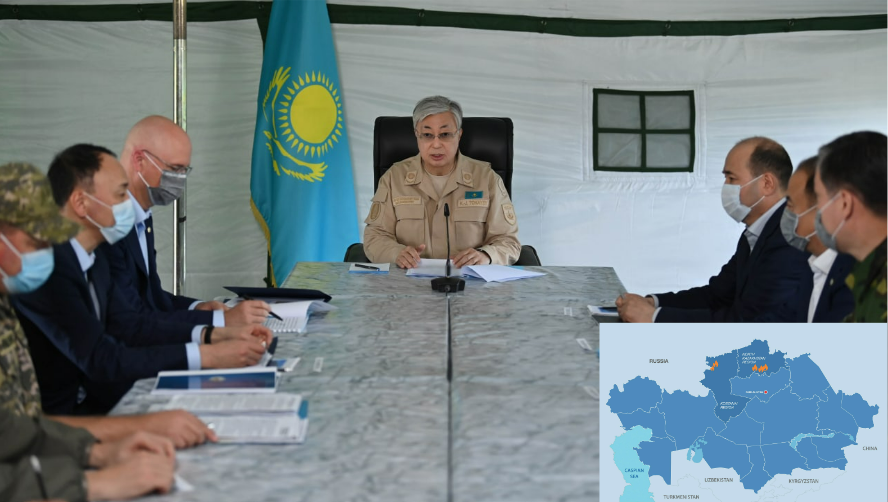 After flying over the territories affected by fires in the Auliekol district, Tokayev held a meeting of the operational headquarters. Photo credit: Akorda. Click to see the map in full size

According to Tokayev, the situation in the region is under control.

The President instructed the Kazakh government and the regional akimat (administration) to provide compensation payments to the affected local population. Overall, 1,841 people were evacuated.

“All the victims are provided with the needed support. They were relocated to a safe place. The government, on my instructions, is addressing the relevant issues. There should be no doubt that the country will provide help,” said Tokayev.

He also went to the Auliekol district’s evacuation point to observe humanitarian aid distribution. Tokayev promised citizens that the administration will overcome the tragedy and thanked the volunteers. 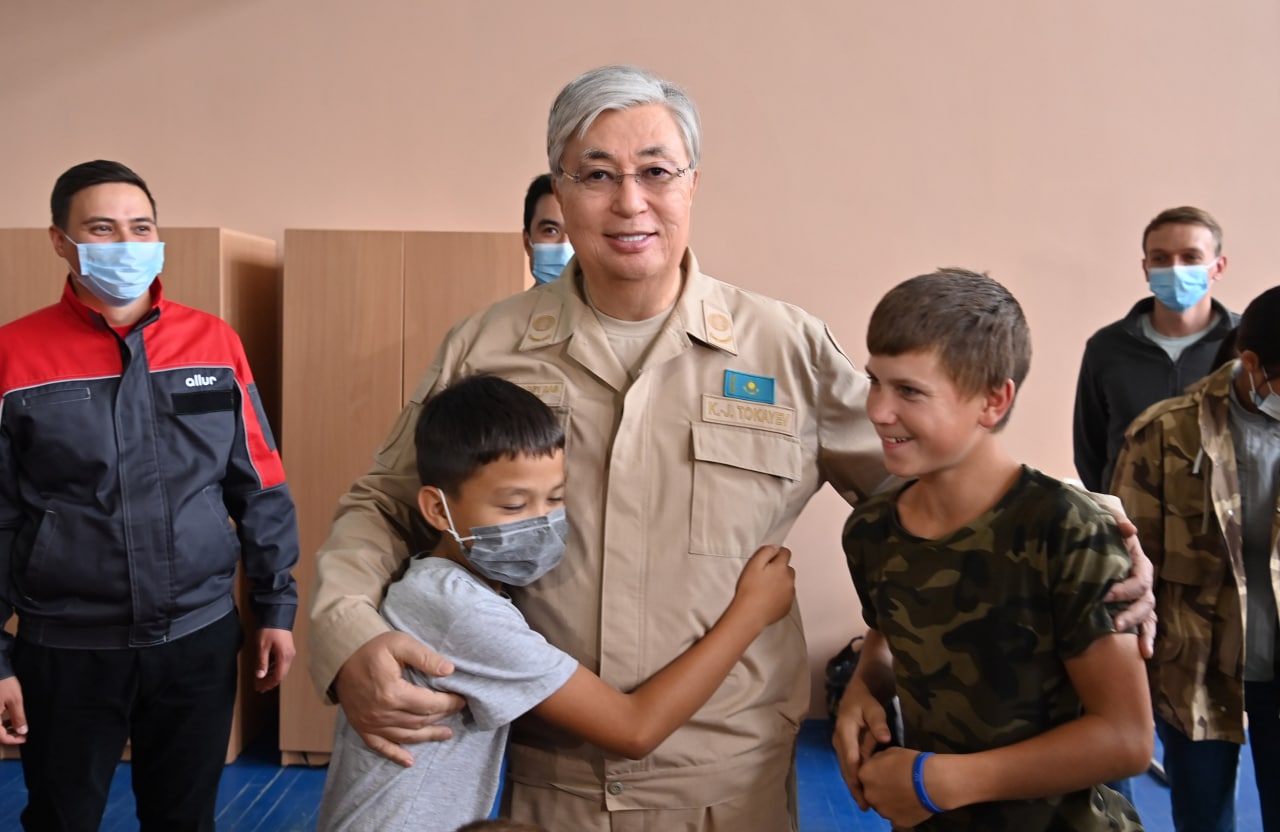 He emphasized the importance of strengthening the Ministry of Emergency Situations as an institution, providing housing and dormitories for its employees, and improving their professional training.

The President urged his government to draw lessons from the causes of the fire. According to him, it is vital to design a set of steps to restore the forest fund and prevent similar crises in the future.