NUR-SULTAN – Kazakhstan’s citizens and the government join efforts to provide help to victims of the forest fires that broke out on Sept. 3 in the Kostanai Region in the northern part of the country.

The fires, which burned 43,000 hectares of land, displaced 1,841 people. Many were forced to leave their houses, livestock, and animals and see them ablaze as fires continued to rage. Nearly 2,230 firefighters are involved to battle the fires.

At least, 91 houses were damaged, reported the Emergency Situations Ministry on Sept. 5.

Local authorities provided shelter to 66 people, while others either returned to their homes or were placed with relatives. They also organized psychological support groups to assist the victims. 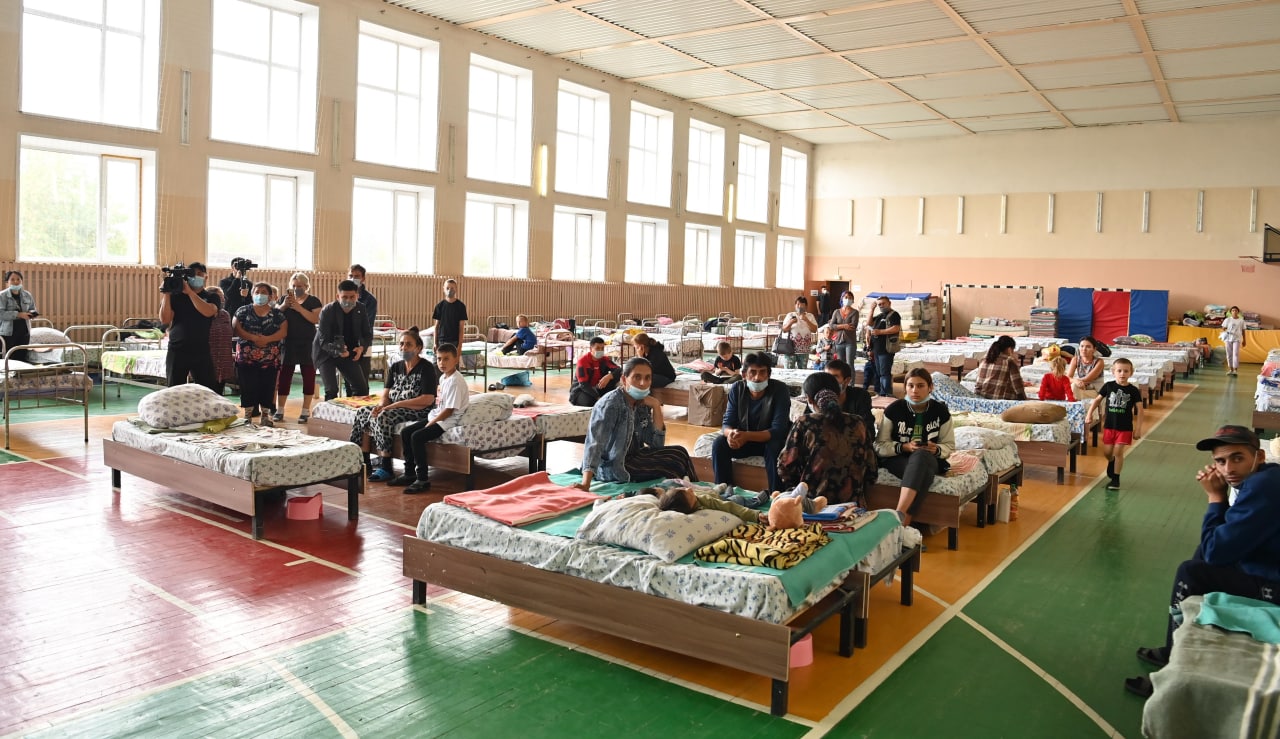 People were evacuated to a school in the Auliekol district. Photo credit: Akorda presidential press service

Volunteers and non-governmental organizations are also on the ground providing support for victims and emergency workers. Help is coming from all parts of the country with people donating clothing, food, and other necessities.

QazVolunteer network, one of the organizations working on the ground, set up a coordination center on Sept. 4 to provide consulting, information, and organizational assistance. As of Sept. 5, the center said they received a sufficient amount of clothing and food products. Stationery, household appliances, and housewares, however, are still needed.

“The aid stations in the Auliekol district are full. All arriving trucks will be redirected to the storage centers in Kostanai city,” the organization announced on Instagram.

“Yesterday alone we collected 50 tons of aid, and we sent 40 tons to the Kostanai Region in the evening. The trucks are on their way now. Today we are sending additional 80 tons,” said Meiyrzhan Otynshiyev, executive secretary of Amanat Party’s branch in Almaty.

Volunteers also departed to the region to coordinate the process of shipment and distribution of aid.

Overall, 312 tons of humanitarian aid have been collected from across the country. Trucks from Nur-Sultan, Almaty, Akmola, Atyrau, Aktobe, and North Kazakhstan Regions are expected to arrive today in the Auliekol village.

Kazakhstan’s Halyk, Jusan, and Kaspi banks announced they would write off debts to victims, whose houses were burnt. Halyk Bank also provided 1 million tenge (US$2,106) to victims.

Meeting with the victims personally, President Kassym-Jomart Tokayev said the government will rebuild houses. He promised comprehensive support to them.

If you want to donate humanitarian aid: