By Staff Report in International on 29 March 2022

NUR-SULTAN – Kazakhstan dispatched humanitarian aid for Ukrainians from Almaty to the Polish city of Katowice on March 28, reported the press service of the Ministry of Emergency Situations. 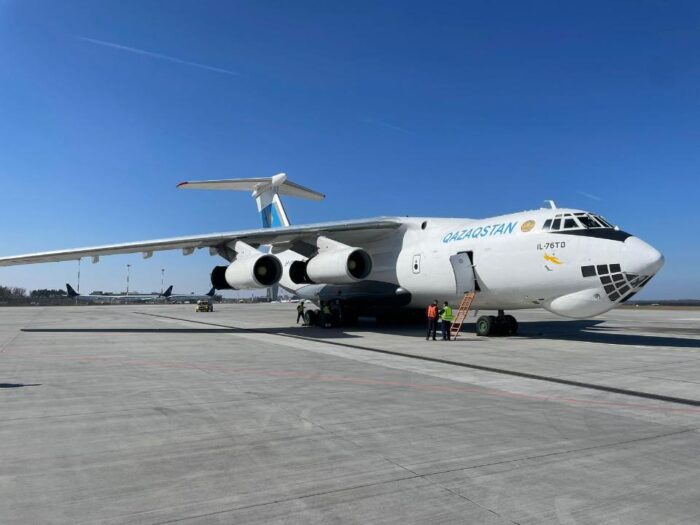 The humanitarian cargo with a total weight of 17.5 tons includes bed supplies and food products.

The seventh repatriation flight with 53 passengers on board departed from Katowice to Almaty on March 28, reported the Kazakh Ministry of Foreign Affairs on Telegram.

The Kazakh citizens and members of their families arrived from Ukraine to Poland with the assistance of Kazakh diplomats. The Embassy of Kazakhstan in Ukraine organized transportation from Lviv to Katowice for 14 more people, including four children on March 25-27.

The first repatriation flight operated by Kazakhstan’s Air Astana departed from Katowice to Almaty on Feb. 28.

Overall, 900 Kazakh citizens returned from Ukraine and 743 of them returned to Kazakhstan by repatriation flights.