Nur-Sultan, Kazakhstan: A Vibrant City That Honors its Past

By Aizada Arystanbek in Kazakhstan’s Independence: 30 Years, Nation on 6 July 2021

NUR-SULTAN – On July 6, Kazakhstan’s capital Nur-Sultan celebrates its 23rd birthday. The young rapidly growing city sprung into existence around the small town of Akmola back in 1998. The city’s Soviet past, new 21st-century landscape and diverse makeup caused by the intense migration of young people from all over the country make Nur-Sultan the melting pot of the country. 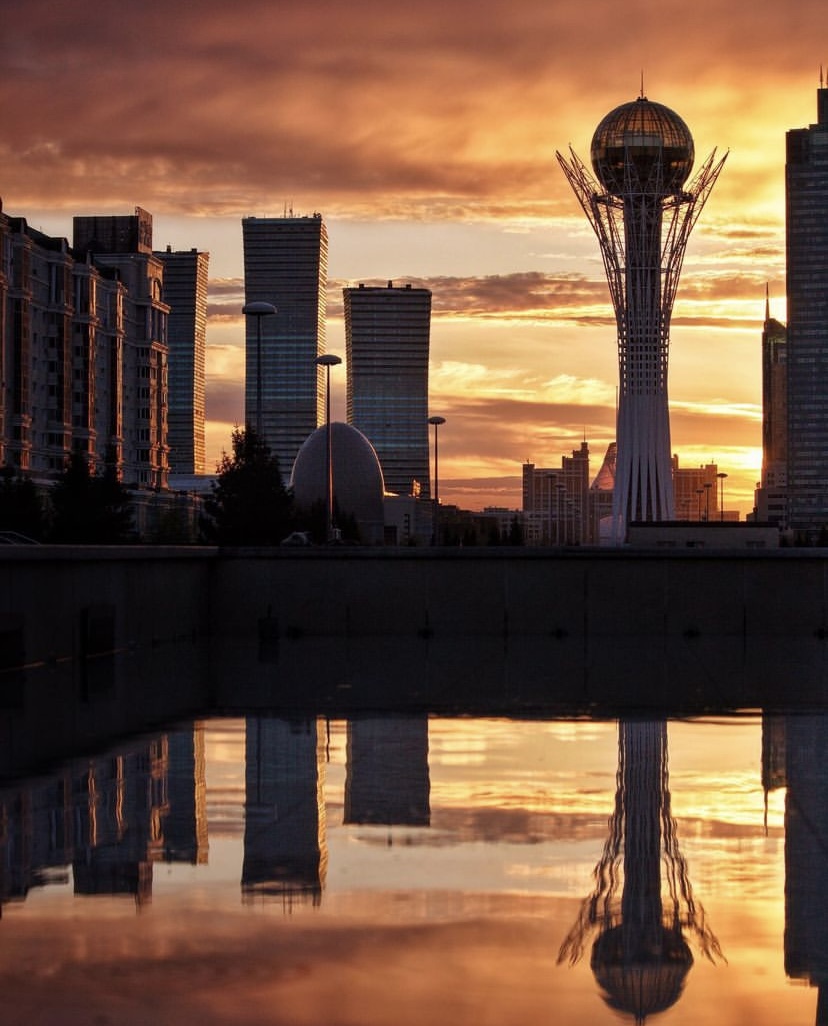 Nur-Sultan, then Astana, officially became the capital in 1998 after a move from the previous capital Almaty located in the South of Kazakhstan to a more central region.

The history of the area dates back to the 19th century when Nur-Sultan was first called Akmolinsk. The town underwent a significant transformation when it was renamed from Akmolinsk into Tselinograd by the Soviet authorities in 1961. Tselinograd’s grain resources made it into a small town of regional importance. In 1992, Tselinograd became Akmola.

Making Akmola into the new capital was a strategic choice initiated by First President Nursultan Nazarbayev that set the difficult task of building the capital of independent Kazakhstan out of a small town. The new capital had plenty of room for urban and demographic growth. It also needed new diverse facilities that would transform it from an industrial town with harsh cold winters into a well-rounded capital that would satisfy the needs and interests of its new diverse population. 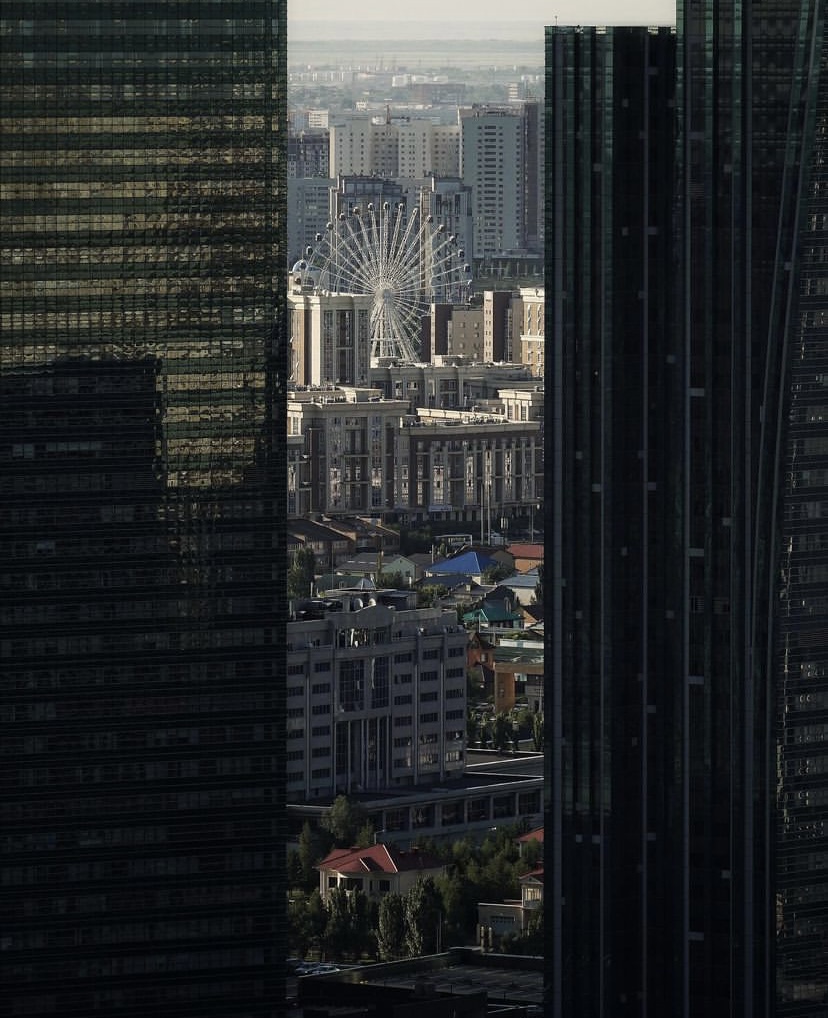 The skyline of Nur-Sultan has undergone a drastic transformation in the last 23 years. Photo credit: Aibek Akhanov.

Soviet cities were built around railroads to facilitate productivity. It used to be the central line of Tselinograd as well with factories and facilities located on one side and the residential area located mostly on the other side.

Today, the residents of Nur-Sultan divide the city into the left and the right bank signifying a newer part of the city with more administrative buildings and the financial center and an older, more residential part. The two are divided by the Yessil river.

After it became the capital, Nur-Sultan slowly but surely expanded in the direction of the left bank taking what used to be dachas and exurb homes and turning them all into glossy new neighborhoods with large-scale architecture that became a symbol of the new capital often photographed by foreigners visiting the city for the many forums, conferences and tournaments that Nur-Sultan has hosted throughout its history. 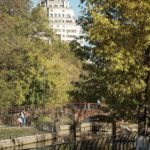 Central Park of the city is located on the Yessil river. Photo credit: Aibek Akhanov. 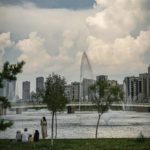 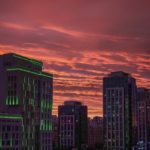 The capital is known for its colorful sunsets. Photo credit: Aibek Akhanov.

While Bayterek tower, the Khan-Shatyr tent, and the financial center are usually what show up first when looking at the Kazakh capital, there are many other buildings and places that present an important value for Nur-Sultan’s residents and guests. 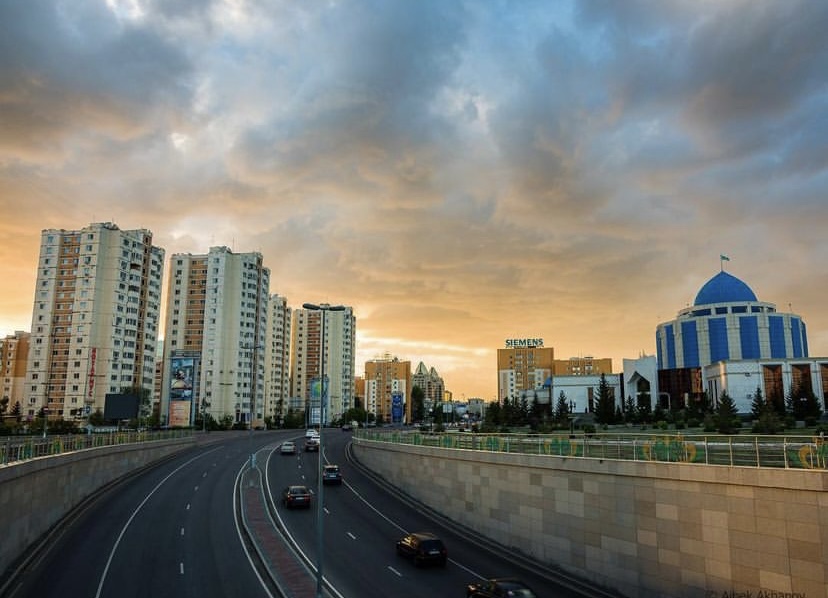 According to Architector and Team Leader of the Nur-Sultan Urban Center Aigerim Ospanova, due to the fast pace of urban growth of the city,  the sense of mobility and movement in the city is reflected on its inhabitants making them more open for change.

For instance, the opening of the Astana Opera and Astana Ballet theaters has significantly changed the cultural landscape of the capital by giving its residents new leisure activities and building up an audience that follows and respects arts.

For Temirtas Iskakov, an architect and founder of the popular Instagram project Fading.Tse about the cultural heritage of the capital, historic buildings and less known places on the right bank believes they possess great importance, demonstrating that Nur-Sultan has more historical heritage than many people think it does.

The Fading.Tse founder names Jastar Palace, the campus of Saken Seifullin Kazakh Agro Technical University and square of the old train station among the places with considerable value for the city.

Both Iskakov and Ospanova mention the cultural value of the Taldykol lake system in the southern parts of Nur-Sultan. “Lake Taldykol is a valuable resource for the city representing the ecosystem of steppe lakes and that could become a symbol of the city and a point of attraction. It is a natural heritage that needs to be preserved,” said Ospanova.

Iskakov emphasizes the significance of the preservation of Nur-Sultan’s architectural cultural heritage as a way to preserve the identity of the city, especially its right bank. “City development cannot be viewed as a process of replacing some values with others. Development is a process of layering, accumulating values and knowledge,” said Iskakov.

The rise of social media gave new life to the popularization of Kazakh history, including that of Nur-Sultan. Iskakov’s personal project is just one example. There is a curiosity about the past and the construction of the Kazakh capital that keeps on growing. 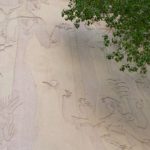 Soviet-era murals can be found on many buildings of the right bank. 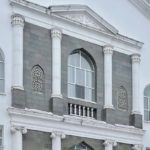 Akmola Railroad Workers Palace is another historical building on the right bank of the city. Photo credit: Temirlan Iskakov. 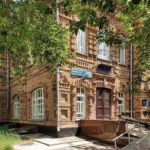 Between 1999 and 2009, Nur-Sultan saw an 86.7 percent increase in its population. If before it was relatively hard to find a person who was born in the capital, 23 years later, Kazakhs are expeditiously having children and creating a new generation of born and raised capital residents.

Many Kazakhs moved and continue to move to Nur-Sultan due to the location of all national-level government agencies and many large corporate businesses. Due to the fact that the capital was moved shortly after gaining independence and that it has always played a central role in many milestone developments of the country, such as hosting the 2010 Organization for Security and Co-operation in Europe (OSCE) Summit and 2017 EXPO International Exhibition, Nur-Sultan is widely considered to be a reflection of Kazakhstan’s growth. 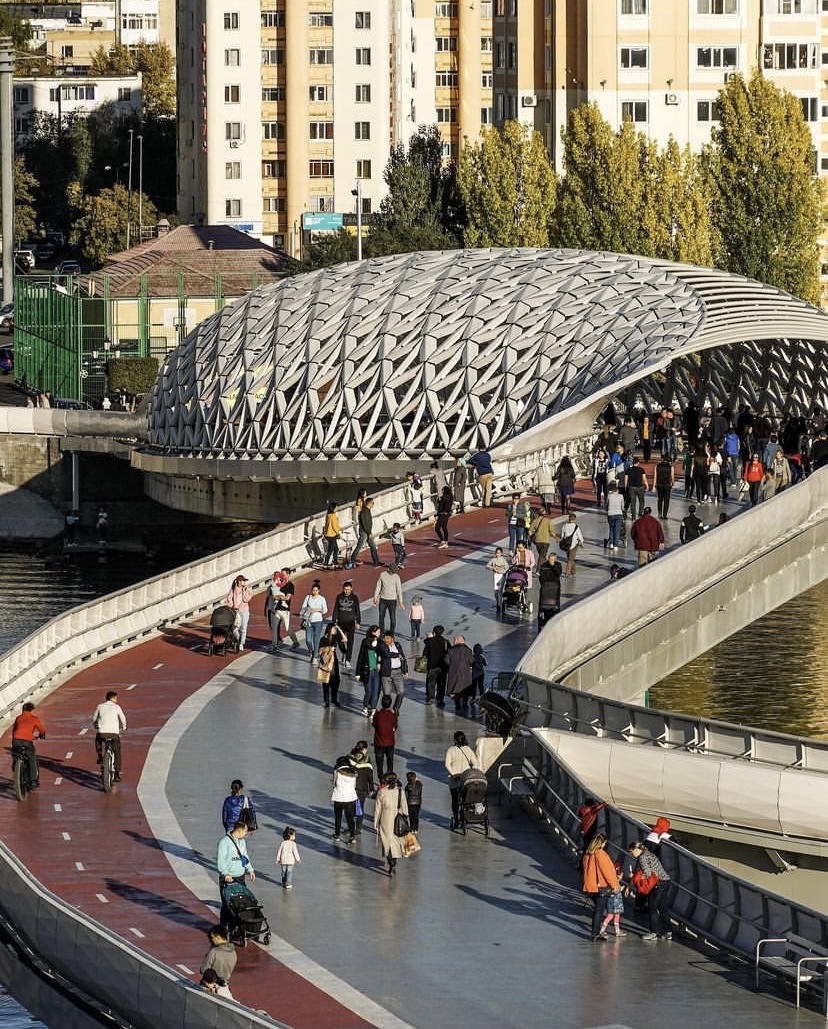 The only pedestrian bridge in Nur-Sultan was gifted to the city by the Atyrau region. Photo credit: Aibek Akhanov.

According to Iskakov, massive street reconstructions and the creation of public spaces that have accelerated in recent years should be reinforced by increasing biodiversity and reducing the environmental impact through effective practices.

That is why sustainable urban development of the city continues to be an important point on the government’s agenda. One of many initiatives have been centered around making the city more pedestrian-friendly. Nur-Sultan’s all-pedestrian bridge built in 2018 is a good example of how car-free spaces quickly become popular among the population.

Ospanova also highlights the importance of shifting the urban planning toward pedestrians as the next step for Nur-Sultan’s development. “Nur-Sultan was built as a transport-oriented city. I hope urban planning will change the paradigm in the future and the comfort of residents will become a priority for urban development. New districts will settle down and services and places of leisure will appear,” said Ospanova.