By Zhanna Shayakhmetova in Astana on 3 July 2018

ASTANA – A pedestrian and cycling bridge across the Yessil River was opened July 1 in the capital through the Regions’ Gifts to Astana programme. The bridge connects the right-bank embankment of the Yessil River with the Central Park on the left bank.

“If you look at the bridge from above, its cover resembles the shape of a fish, which is a symbol of our region,” said Atyrau Region Akim (Governor) Nurlan Nogayev at the launch of the bridge.

Kazakh President Nursultan Nazarbayev called the bridge a gift that will serve residents and visitors of the capital for many years. 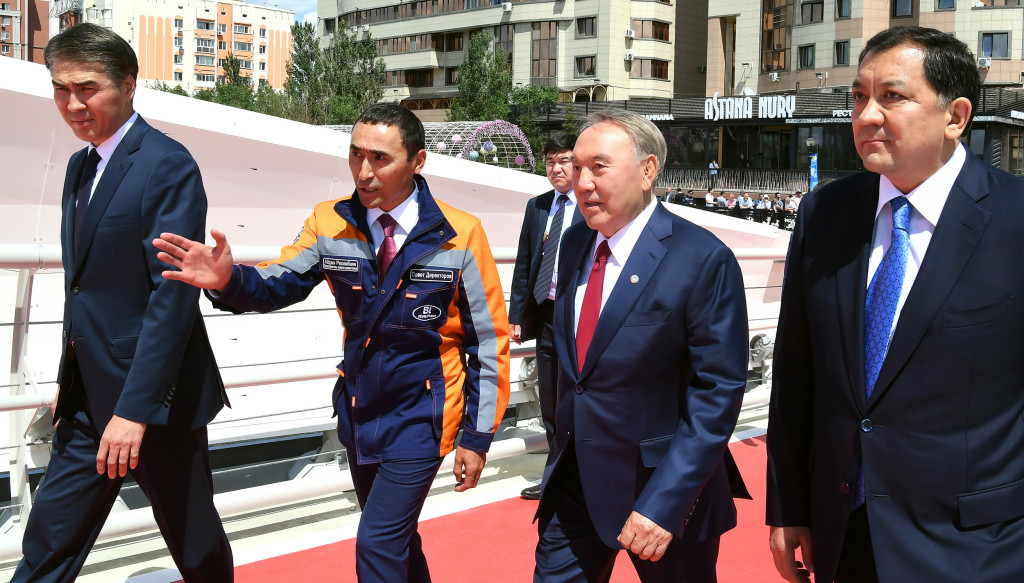 “Astana residents should be grateful to all our regions, which took part in the building of these facilities,” he said.

“The bridge is incredibly beautiful. It seems like a small one from outside, but it’s really big. There were many people at the opening of the bridge. This is our favourite part of the city, and I believe this bridge with unusual architecture will attract more people now,” said Astana resident Aida Kassymova.

The bridge is 313.5 metres long and 10.5 metres wide and includes a six-metre pedestrian lane and a three-metre bicycle lane. It was built taking into account weather conditions and weighs 1,920 tonnes.

Fifty-six kilometres of bike lanes through Astana were presented the same day. The new route runs along the embankment, the left bank of the Yessil River and the former EXPO 2017 facilities, which now hold the Astana International Financial Centre among other organisations. The new route is designed to connect the ski-roller track of the city park and the bike path that passes through the green belt from Ilyinka Village. The new bike lanes are equipped with special benches with tables and cycle parks with WiFi and phone chargers.

Jetysu Park, reconstructed by the Almaty region, also opened July 1. The 15-hectare park cost 3.05 billion tenge (US$9 million). Within it are representations of all of Almaty’s famous sights, including the former capital’s main avenue with fountains, a square and children’s playgrounds; an ash tree alley; stones with Tamgaly Tas petroglyphs; and Charyn Canyon. There is also a 1,200-metre cycle route that can be used as a ski trail in winter. 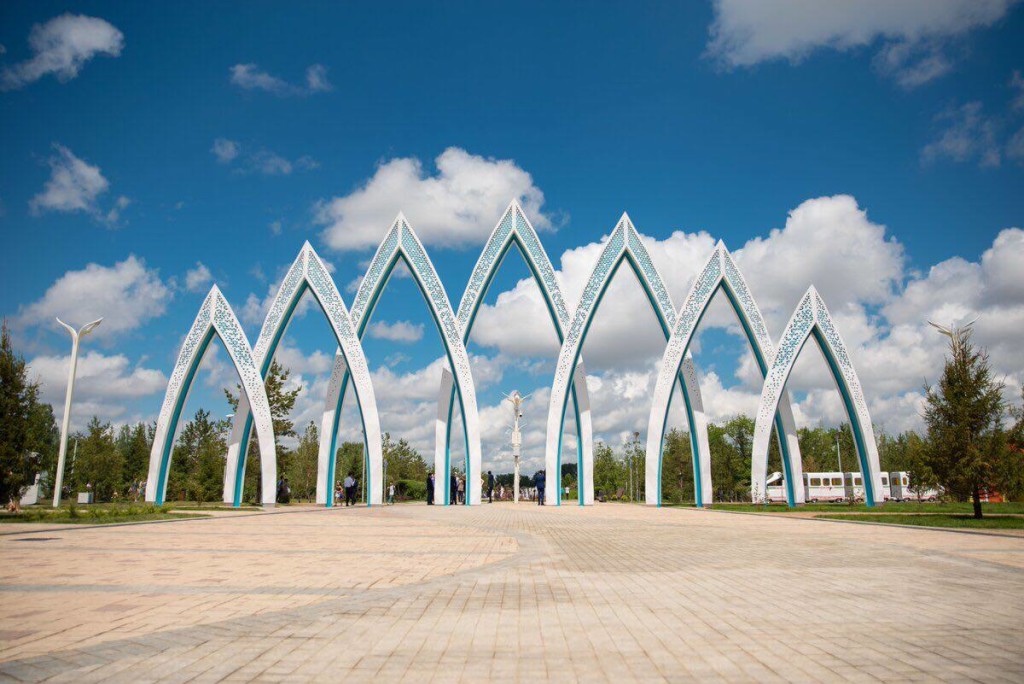 “The regions now help and support, because Astana is the creation of all of Kazakhstan. All regions took part in its construction, and today people from all regions live here. We created a miracle in the 21st century. Such cities have never been built in 20 years in the history. But we managed to do this,” said Nazarbayev.

More than 33,000 trees were planted on the territory, which has greenhouses for tropical and desert plants and succulents. There is also an artificial pond, cycle routes, running tracks and walkways. 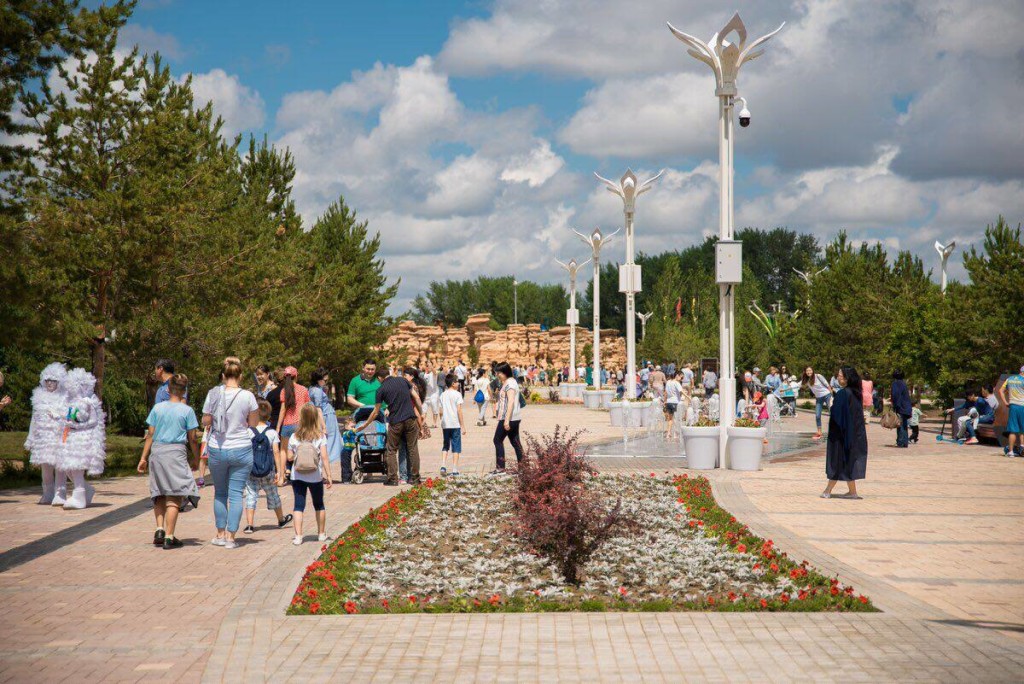 A 14-metre monument of gratitude titled “Kazak Elіne Myn Algys” (“A Thousand Thanks to the Kazakh People”) was opened. The bronze sculpture of woman in traditional Kazakh apparel, symbolising the Motherland, sits atop a pedestal made of artificial granite and surrounded by children. The sculpture reflects Kazakhstan as a country of different nationalities.

Nazarbayev also visited the Palace of Friendship reconstructed by the Mangistau region and the biggest fountain in the city, presented by the East Kazakhstan region.