NUR-SULTAN – A colosseum arena for street sports will open to the public at the Ataturk park in Nur-Sultan, the press service of the city administration recently announced. 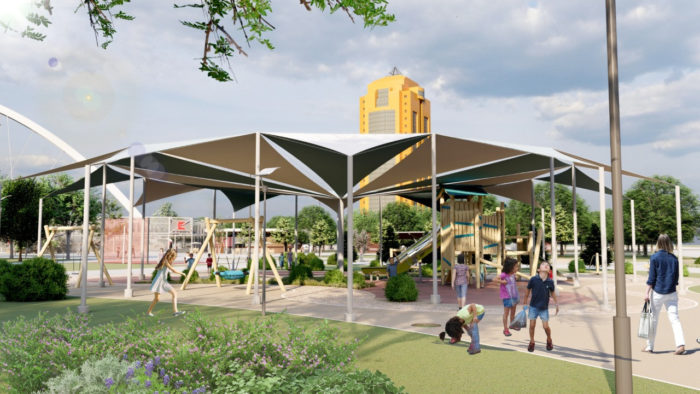 The arena will be used for basketball, football and gymnastics, as well as for boxing tournaments and dance battles. During wintertime, it will be used for hockey and figure skating. The two-tier construction will have four entrances, seating areas across its perimeter and shade awnings on the second tier.

The reconstruction of the Ataturk park, which has started this year, includes its division into separate areas for street food, children’s playground, sports and fitness and a mini-playground for extreme sports. Five streetball courts, fast food pavilions, outdoor furniture, swing sets and shade awnings will be established across the park. 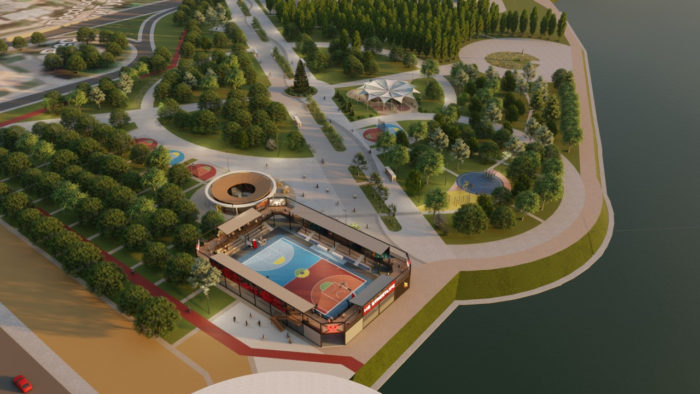 “The main focus is the popularization of mass street sports, as a part of the implementation of the President’s message to the people of Kazakhstan,” Head of the City Department of Architecture, Urban Planning and Land Relations, Nurlan Urankhayev said on March 15.

This project is a part of the Nur-Sultan – the City of Comfort urban plan, a socio-economic strategy for the capital’s development. The strategy centers around landscaping the city’s parks, boulevards, abandoned sites and wastelands by turning them into areas for comfortable time and sport activity for the public.

According to Nur-Sultan Akimat (city administration), as of March 2021, more than 150 courtyards, 60 public spaces and 76 hectares of land have been landscaped as part of the plan. Earlier this year, the Akim (mayor) of the capital Altai Kulginov stated the administration’s intent to “continue to implement the green strategy: to plant trees and gardens and increase the number of green spaces in the city’s attractions and cultural sites.”

One of the specialties of the strategy is the utilization of underbridge spaces that now contain basketball, workout and skating courts. These spaces are now located under the Saraishyk bridge and the bridge next to the Gumilyov Eurasian National University.

In addition to landscaping, the plan includes the construction of affordable housing, public facilities and repair and demolition of hazardous and dilapidated houses. The strategy has been shared and discussed with the residents of the city, NGO representatives and business communities.