NUR-SULTAN – Global economies continue reeling from the coronavirus outbreak and since last year many have been forced to endure a continued economic slowdown. For Kazakhstan, it was not time to put economic targets on hold, but to push forward to implement them, especially in the field of investments. In 2020, the Kazakh Invest national company supported the implementation of 36 investment projects amounting to $1.6 billion, Kazakh Invest Deputy Board Chair Galym Uzbekov told The Astana Times. 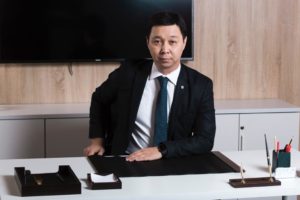 “Among them are the production of industrial gases in the Karaganda Region backed by the German Linde Group, a greenhouse complex in the Turkestan Region with the participation of the Polish Polcotton company, the production of compound feed in the Almaty Region with the participation of a transnational company from the United Arab Emirates,” said Uzbekov.

As the country now puts greater emphasis on developing renewable energy, the company supported the implementation of seven renewable energy projects with a total capacity of 368 megawatts.

Since its independence, Kazakhstan has attracted over $360 billion of foreign investment from more than 120 countries.

Overall, according to the statistics provided by the National Bank of Kazakhstan, the volume of foreign direct investments within nine months of 2020 reached $12.6 billion, much lower than in 2019, when the country attracted $24.1 billion within a year.

Over 70 foreign delegations visited Kazakhstan thanks to the support of Kazakh Invest.

“To strengthen the work of the three-tier system of attracting investments, 65 country investment programs have been developed, where we will work on a point-by-point approach to the selection and support of investment projects, as well as identifying active investors. Given their strategic development plans, we will be able to select potential investors and invite them to implement their projects in Kazakhstan,” said Uzbekov.

Institutional interaction remains a priority as well, he added. Among the recent initiatives are the launch of the United States – Kazakh Business Council by the U.S. Commerce Chamber in September 2020 and the creation of the Central Asia Investment Partnership in January 2021.

“To improve the investment climate, enhance the legal framework and support strategic investors, a new tool – the investment agreement – was introduced,” he said.

A strategic investment agreement enables direct interaction between the government and investors without the need to be ratified by the Parliament and is eligible for large projects involving investments of at least $51 million in strategically important industries. The areas of investment are yet to be determined by the government.

Kazakhstan’s strategic location between China and Europe, its large territory, and direct access to the market of nearly 500 million people have supported the country’s attractiveness as an investment destination.

Though some obstacles remain, the government has improved the business climate for foreign investors. In 2017, Kazakhstan made a leap forward, when it moved up to 35th place in the World Bank’s Doing Business report and continued progress in the following years, finally ranking 25th in 2020.

But more coordination between government bodies and agencies tasked with investment is needed, said Kazakh President Kassym-Jomart Tokayev during the expanded government meeting on Jan. 26, as he instructed his cabinet to reform the current investment mechanism.

The suggestions are expected to be submitted to the government by the end of February.

Globally, foreign direct investment flow plummeted in 2020 by 42 percent from $1.5 trillion in 2019 to an estimated $859 billion, according to a UNCTAD (The United Nations Conference on Trade and Development) Investment Trends Monitor released Jan.  24.

“Such a low level was last seen in the 1990s and is more than 30 percent below the investment trough that followed the 2008-2009 global financial crisis. Despite projections for the global economy to recover in 2021 – albeit slowly and unevenly – UNCTAD expects FDI flows to remain weak due to uncertainty over the direction that the COVID-19 pandemic will take,” said the organization.