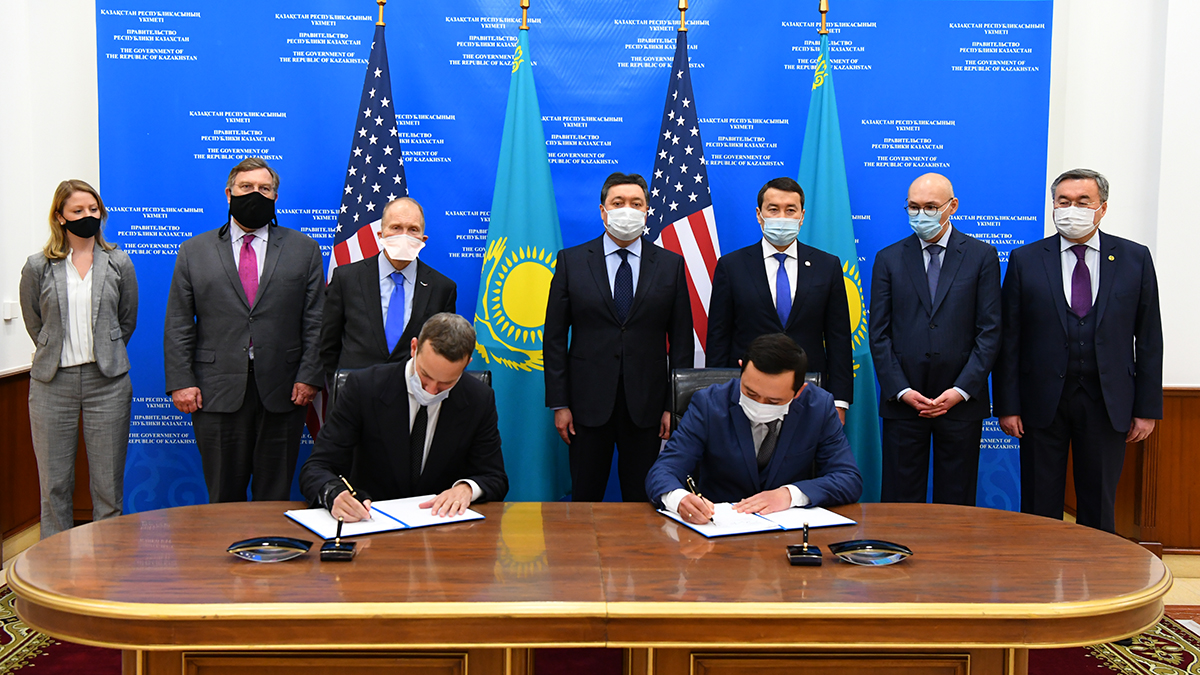 The sides noted the primary importance of projects and initiatives aimed at developing the private sector in Kazakhstan.

During the meeting, the agreement was signed between the Astana International Financial Centre (AIFC) and the International Development Finance Corporation meant to attract at least $1 billion over five years to support the private sector, encourage its growth in the region of Central Asia and foster economic partnerships in Central Asia and beyond, as part of the Central Asia Investment Partnership signed Jan. 7 between Kazakhstan, Uzbekistan and the United States.

The funds are meant to promote private sector projects that meet international standards in infrastructure quality and promote inclusive, transparent and sustainable investments with a broader goal to attract more investments in the region.

“Working through the C5+1 platform, the initiative (Central Asia Investment Partnership) will seek to take advantage of opportunities for increasing trade, development, and connectivity to make each country in Central Asia stronger and more prosperous. As the region seeks to recover from the economic effects of the COVID-19 pandemic, such cooperation and resilience is more important than ever,” said the joint statement.

The initiative will be implemented by the U.S. International Development Finance Corporation (DFC), Astana International Financial Centre and the Ministry of Investments and Foreign Trade of Uzbekistan.