By Zhanna Shayakhemtova in Nation on 12 January 2021 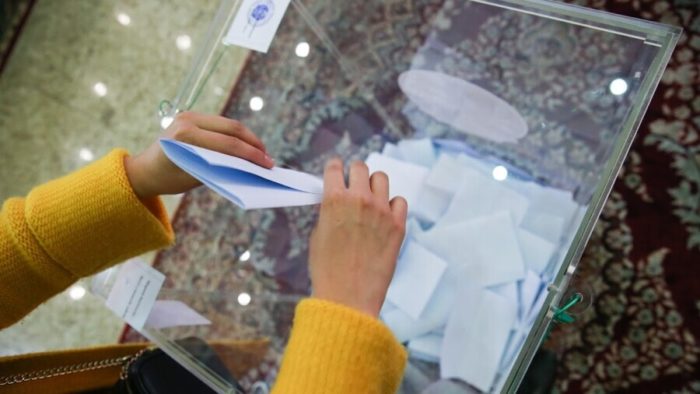 The Majilis is the lower chamber of the Kazakh Parliament consisting of 107 deputies, who are elected for a five-year term. To delegate their deputies to the Majilis, parties needed to pass a seven percent electoral threshold.

The results announced by the Central Election Commission are the following:

Based on these results, Nur Otan will have 76 seats in the parliament, the Ak Zhol party – 12 seats and the People’s Party of Kazakhstan – 10 seats, said Petrov.

On Jan. 11, the Assembly of the People of Kazakhstan members voted and elected nine deputies for the Majilis.

The parties remain unchanged in the Majilis, as compared to before the elections, when the Nur Otan party had a majority of 84 deputies, the Ak Zhol and the People’s Party had 7 deputies each.

In August 2020, seventeen Senate deputies from the nation’s 14 regions and cities of Nur-Sultan, Almaty and Shymkent were elected to the Senate, an upper chamber of the Kazakh Parliament.

The new Parliament will focus on “quality legislative support for social and economic reforms in the country,” according to Kazakh President Kassym-Jomart Tokayev.

The current government will also resign based on the Kazakh legislation.

After casting his vote Jan. 10, Tokayev said he will consult with the new members of the Majilis on candidacies for the government cabinet and the Prime Minister position.  He is also expected to address the Majilis on Jan. 15 and announce a new package of reforms.