NUR-SULTAN – The Assembly of the People of Kazakhstan (APK) members voted and elected nine deputies for the Majilis during its 28th session that took place in Nur-Sultan Jan.11. 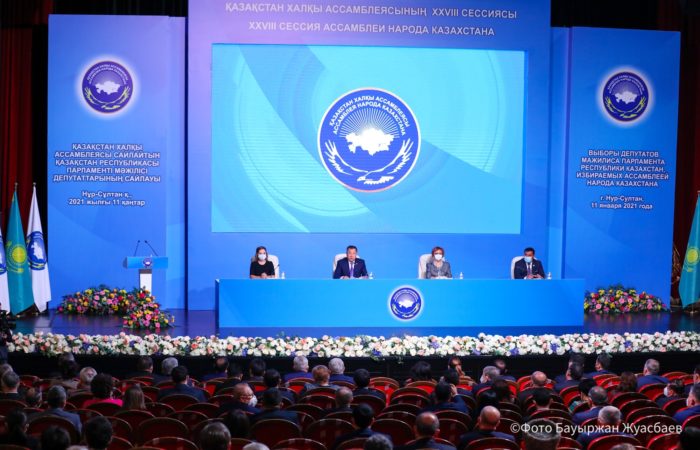 The Majilis (a lower house of the Kazakh Parliament) consists of 107 deputies. The 9 deputies are elected by the Assembly of the People of Kazakhstan.

Kazakhstan’s First President and APK Chair Nursultan Nazarbayev, President of Kazakhstan Kassym-Jomart Tokayev participated in the voting for Majilis deputies from the assembly.

Among others voted in are Prime Minister Askar Mamin, speaker of the Senate Maulen Ashimabyev, National Security Chairman Karim Massimov, ministers and other members of the assembly.