By Staff Report in People on 3 November 2017

ASTANA – While studying in the United States, Karaganda siblings Farida Gabbasova and Zhanibek Gabbasov missed the tastes of home. To treat themselves and others to their favourite foods, they have opened a small restaurant in Manhattan featuring Kazakh cuisine, reported 24.kz. 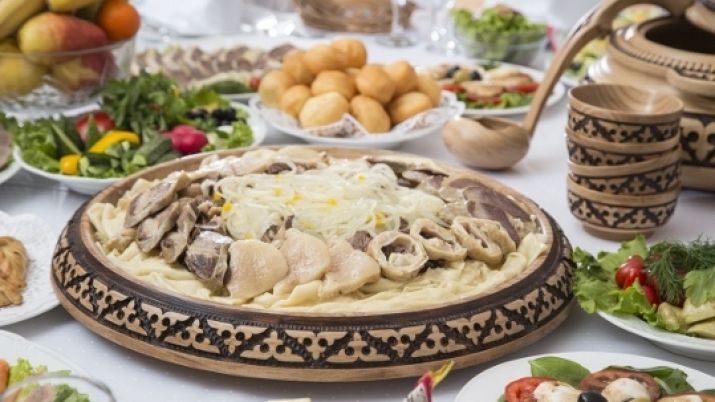 “Everyone is trying to open their own cuisine in America: Chinese, Turks, many other nations and nationalities. Why doesn’t Kazakhstan make its cuisine a discovery for many countries? There are Uzbek restaurants in Brooklyn, but there are no Kazakh ones anywhere in America or in any state. To be honest, we did not know that we would be the first Kazakh people in this sphere here. We did not have such a goal,” said Farida Gabbasova.

The cosy atmosphere features Kazakh melodies and Berik Kulmamirov paintings to attract tourists from different countries. The new restaurant, however, must make a few concessions to adapt to local preferences and trends, noted the founders.

“Our chef, who made a menu with us and made recipes, is known in New York. He has worked with Robert De Niro. He developed a menu to taste good not only for us, but also for the American population. Here, we have more organic food. Our special dish is called waffle dog, with sausages made according to our recipe. Our direction is more like a healthy kitchen. The people think that these are sandwiches; in fact, they are organic burgers and meat,” said Zhanibek Gabbasov.

“We decided to call the restaurant simply Siblings. This word translates as brother and sister. For Americans, it’s such a warm name; it is a reminder of home comfort and cuisine and they like it very much. We would like more people in America to find out about Kazakhstan. They say that the Kazakh people are very well-mannered. Here, they respect us,” said Gabbasova.

To promote their cuisine, the entrepreneurs have launched catering services for large companies. The menu includes beshbarmak (boiled meat and noodles), kuyrdak (stewed meat) and pilaf. They also wanted to add kumys (fermented horse milk) to the exotic list of dishes, but were unable to find it in New York state.

“Representatives of an American company called us and asked what the pilaf was. We explained everything and sent the photos and they were interested in it. It was something unusual for them and they liked it. They wrote us very big feedback with five stars. They continue to order,” said Gabbasov.