By Sergei Gorbunov in Business on 20 February 2017

PAVLODAR – Kazakhstan’s oil industry is set to mark a significant milestone during the first half of 2017 when a wide-scale modernisation of the Pavlodar Oil Chemistry Refinery is scheduled to be completed. 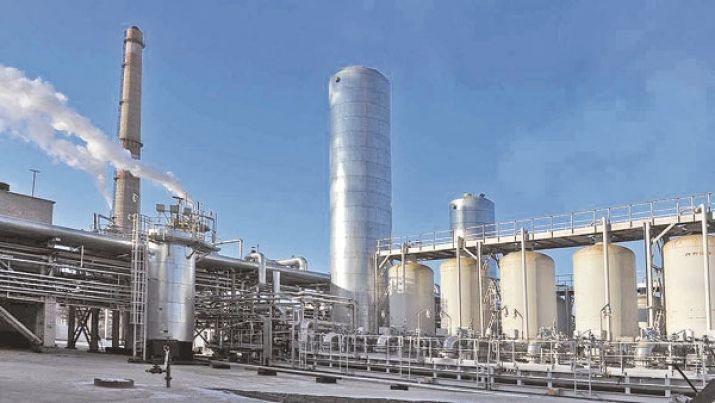 The modernisation of tools on renewed areas of the complex – a unit of high-octane number component of oil recovery and splitting its hydrotreated cut into light and heavy naphtha is near completion.

A sulphur production site is being renewed too. General construction, mainly concrete works are also near the finish line. It is possible that all of the projects will be completed ahead of schedule.

The modernisation will increase the facility’s oil refining capacity to 7.5 million tonnes per year, which is 24 percent higher than the current output.

The development of high-octane European standard gasolines will double in comparison to 2014. Diesel  oil will increase to 5,630 tonnes per year, or 34 percent higher than in 2014, while aircraft fuel will increase for more than two times.

In general, the output of light oil products will more than double compared to current production. The release of 80 RON low octane gasoline will be completely terminated. At that, the depth of oil refining will increase to nearly 90 percent.

Today, the Pavlodar Oil Chemistry Refinery supplies domestic market with up to 60 percent of total volume of light oil products. So Euro-4 and Euro-5 standard products, that are to be released in the spring, will be a substantial contribution to the country’s economy.

Furthermore, implementing the Modernisation of Pavlodar Oil Chemistry Refinery, LLP project will provide Kazakhstan’s domestic market with quality petroleum products compliant with the requirements of ecological K4 and K5 grades, reduce harmful effect on the environment due to introducing new technologies, enhance control automation and promote the rational use of natural resources.

In addition, petroleum products will have less sulphur, benzene and other unwanted components.