“The Kazakhstan I Love” young artists’ exhibition opened recently at the Auezov Theatre metro station in Almaty. The display is the first joint project of the metropolitan state enterprise and the city-based Scarlet Sails children’s art studio. 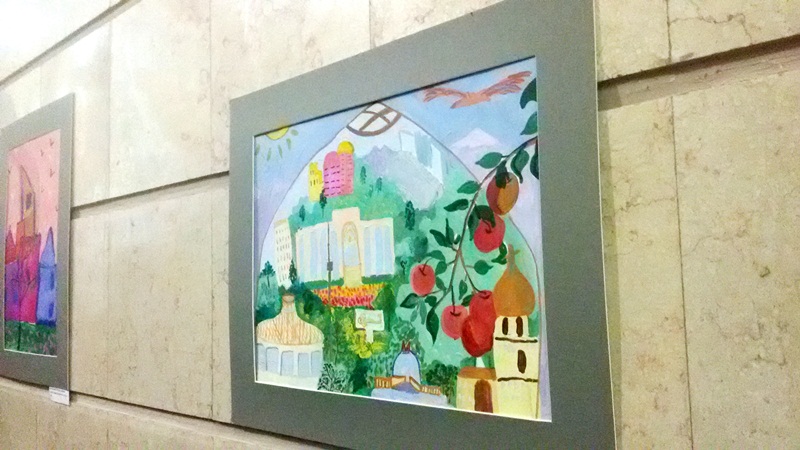 The youngsters created works showing the beauty of different parts of the country – famous Astana scenery, landmarks of Atyrau and Aktau and, of course, the landscape of the southern capital. Almaty, also called “The Apple City,” appeared to be one of the favourites, providing the most inspiration for the young artists to express on canvas. They vividly painted its prominent squares, broad streets, historic buildings and cosy green places in the old part of the metropolis.

The main idea of the exhibition is to foster love and pride in the young generation towards their homeland, as well as raise awareness about the unique beauty of different Kazakh cities and towns. Through art, children also learn to respect their native city’s past and present. Several works are devoted to the first subway constructed in Kazakhstan, while others envision the future of the metro station and its elaborate appearance. Generally, the exhibition reflects children’s views on the past, present and future of the city and the entire country. 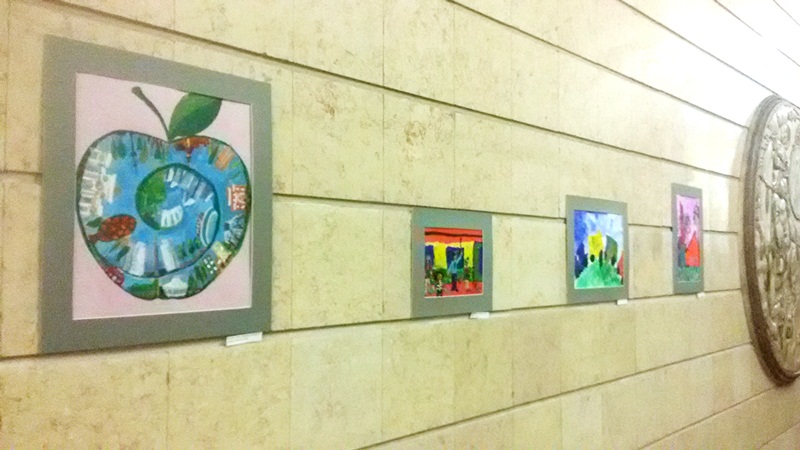 Symbolically, the display welcomes random visitors to the station, designed with the Atamura panel created by renowned Kazakh artists Gaziz Eshkenov and Aidar Zhamhan. According to the organisers, this is the image of the successful and inspirational future for those who decide to make art their life’s work.

“Even if children won’t choose this path in the future, this exhibition will remain in their memory and heart as a spark of creativity which will help them to feel inspired in any other activity they will be ever engaged in,” said Scarlet Sails art studio head Margarita Voloshina, who with the metro management company marked the importance and successful realisation of the joint project.

The young artists demonstrated a wide range of methods, including gouache, crayon and wash drawing, as well as mixed techniques. The exhibition gathered artists of different age groups, beginning with the youngest talents, two-year-olds Fedor Omelchenko and Elisey Naumov. 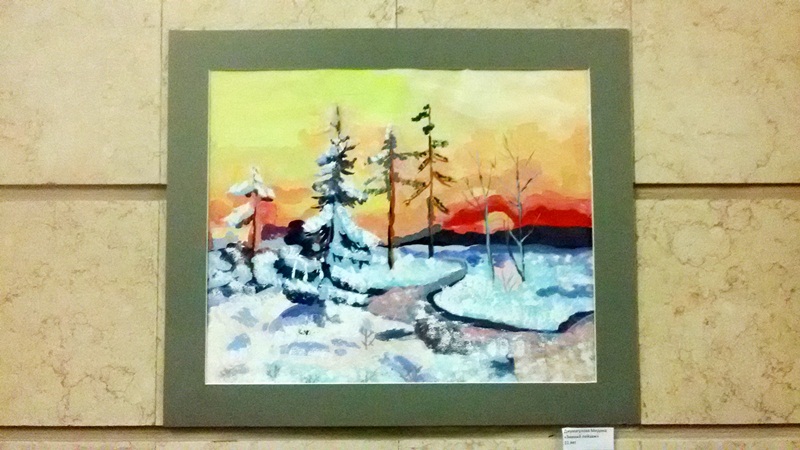 “The Kazakhstan I Love,” showcasing 60 fantasy portals into the world of children’s art, is not the first appearance of creativity in the Almaty metro. A similar showing presented earlier this year at the Abai station was aimed at introducing works of new and seasoned artists to city locals and guests under the theme “Artists Go to the People.”