ASTANA – The new book “Sacred Land of Abai,” written by renowned journalist Alla Belyakina, offers a visual exploration of the Abai Region, a land with rich history and the birthplace of great Kazakh figures, such as the poet Abai Kunanbayev and writer Mukhtar Auezov, reported the region’s press service on Jan. 10. 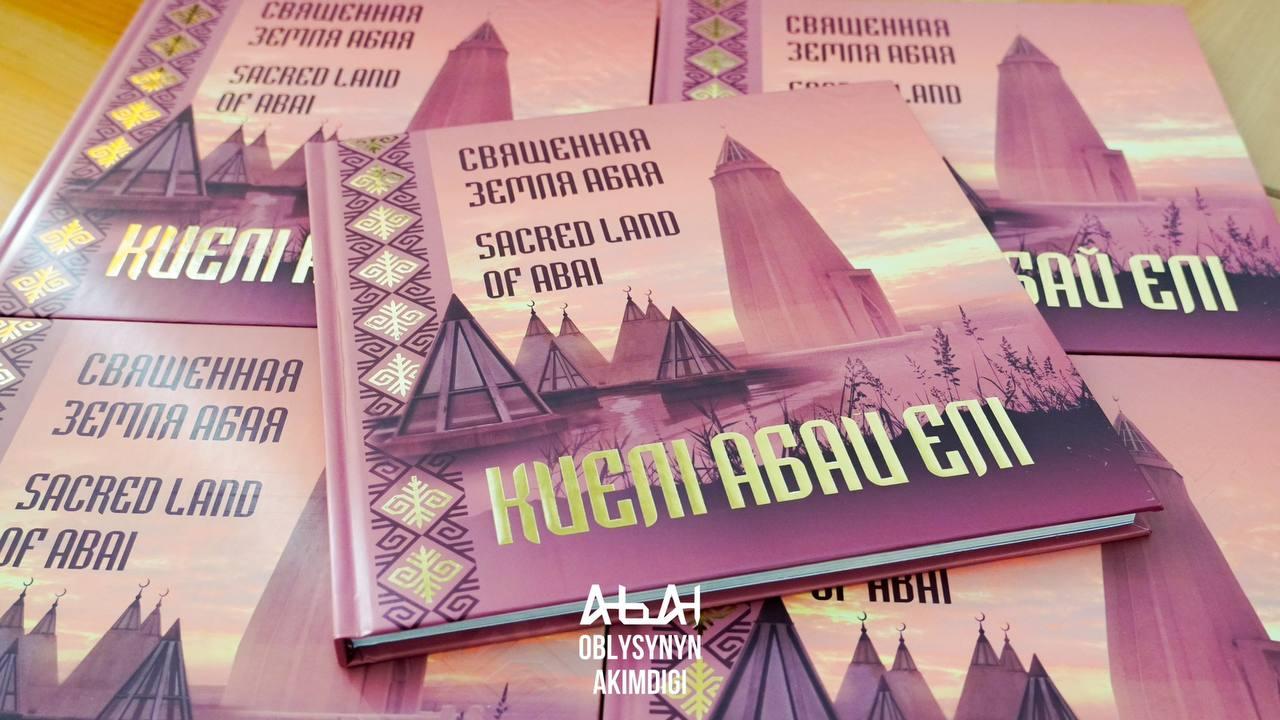 The book is written in three languages, Kazakh, Russian, and English, and has been published in 1,000 copies.

In the prologue to the book, Abai Region Akim (governor) Nurlan Uranhaev highlighted the status of Semei, the region’s administrative center, as the spiritual center of Kazakhstan.

“This is the land with the highest concentration of history. Here the origins of many important events in Kazakhstan’s history are rooted, evidenced by architectural and memorial structures and numerous objects in history, science, culture, education, engineering technology, and other areas. The key to comprehending our future progress lies in studying and understanding the history,” wrote Uranhaev.

The Abai Region was among three new regions established by President Kassym-Jomart Tokayev in 2022 to support their economic, spiritual, and cultural significance.

According to Belyakina, the warm and bright color of the book depicting the sunrise symbolizes the rise of a newly created region.

The book begins exploring the path of the great Kazakh poet and thinker Abai and covering pivotal moments in his life. 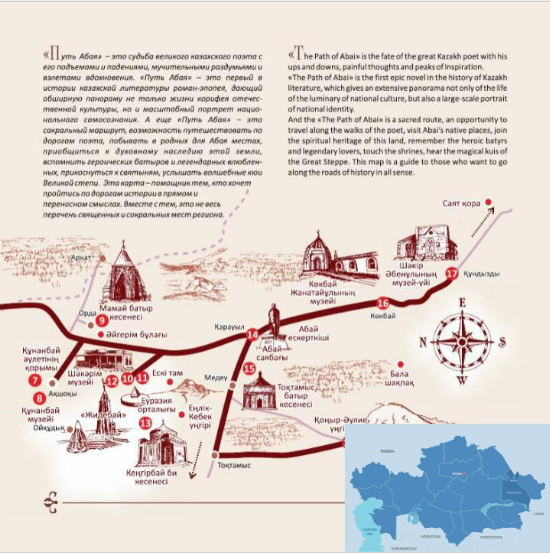 The reader will be able to trace pivotal moments in Abai’s biography geographically, with the help of a drawn map included in the book. Photo credit: gov.kz. Click to see the map in full size

The reader can trace the focal points of Abai’s biography geographically with the help of a drawn map in the book. It also details the monuments and museums directly related to Abai.

Telling the story of Abai in those days requires mentioning Mukhtar Auezov, the author of “The Path of Abai,” whose contribution is also explored in the book.

Just as captivating are the stories about Semei, a city with a rich and multifaceted history. It pioneered many achievements in steppe civilization, including the introduction of the first telegraph, water supply, telephone, and cinematography.

The third part of the book will engage the reader with stories about the natural attractions of the Abai Region. Lake Alakol, the Konyr-Auliye cave, and Lake Shoshkaly are just to name a few.

Belyakina said it took a lot of work to select the districts and sights to include in the book because the region has many more stories and places to offer.

“For me, for example, in the process of work, it was surprising how interesting, how wide and various the history of our districts is,” she said.

Dozens of colorful photographs and postcards with descriptions of the most significant historical events and sights made it into the book to instill an appreciation for the region’s history and early stages of development.